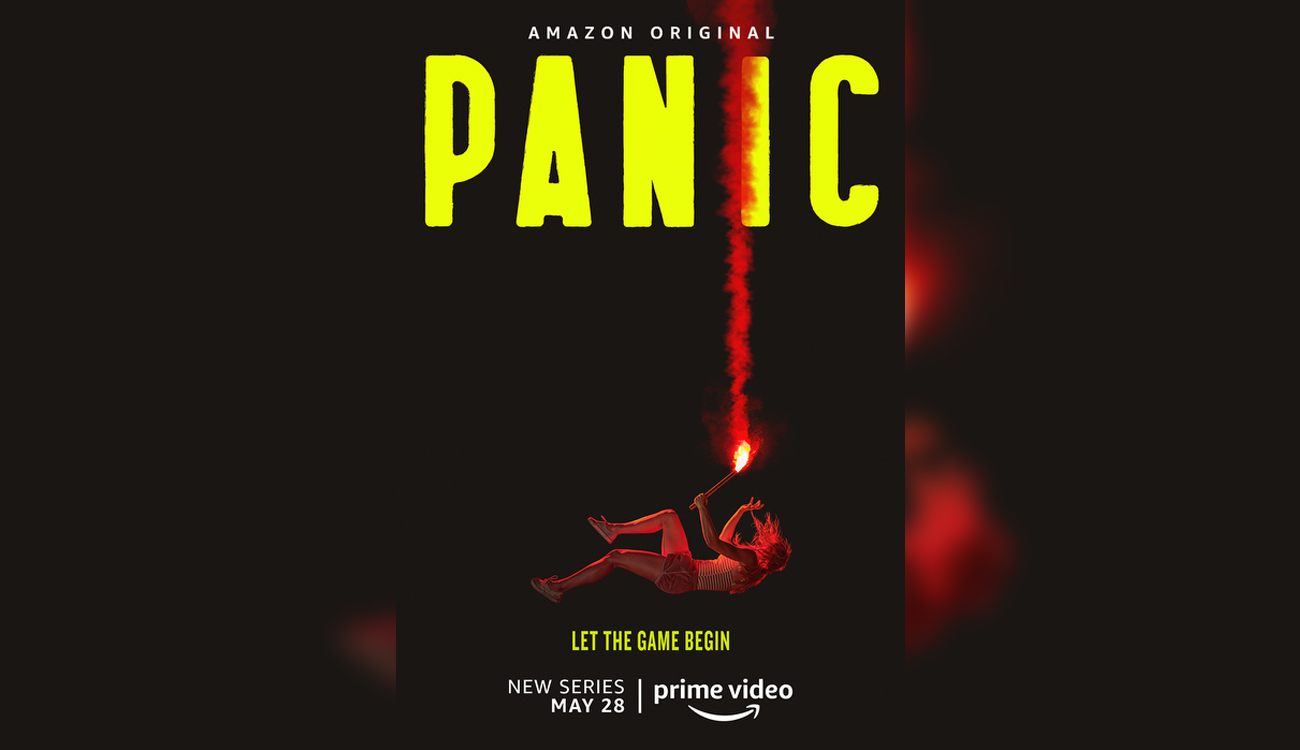 Fans don’t have to wait much longer to see the Panic series by Lauren Oliver come to life on screen. The Amazon original TV series based on the book finally has a release date.

Season One of ‘Panic’ will premiere on Prime Video with 10 episodes on Friday, May 28, according to Amazon. The show will star Olivia Welch as Heather Nill, Mike Faist as Dodge Mason, Jessica Sula as Natalie Williams, Camron Jones as Bishop Mason, Ray Nicholson as Ray Hall and Enrique Murciano as Sheriff Cortez.

The ‘Panic’ series is written by and executive produced by Oliver herself. We’re told she wrote all 10 episodes. (How cool is that?!)

“If you are wondering what I was doing for the past 2 years it was this TV SHOW and you can stream it MEMORIAL DAY WEEKEND!!!!!” Oliver shared on Instagram, announcing the release date.

In addition to the release date, Amazon is even treating fans with a poster of the series. Check it out:

HarperCollins is also utilizing the poster as a cover for a special TV tie-in edition — pre-orders are available now.

Amazon greenlit a Panic television series in 2019 after ordering a pilot, according to a report from Deadline.

Lauren Oliver is certainly no stranger to adaptations of her books. While Before I Fall, produced by Open Road, came out in 2017, the Delirium pilot was not picked up by Fox. The pilot was put on Hulu but no series came from it. But now, her work is getting a second chance on screen.

“I am that excited Amazon is broadening its scope to include stories of emergent adulthood, and grateful that Panic will be among their first generation,” Oliver told Deadline in 2019. “This has already been my favorite kind of project: long, thrilling, challenging, and immensely transformative. And we haven’t even started pre-production!”

Panic was published in 2014. The book follows teenagers Heather and Dodge who are set to compete in a series of challenges — a game where high school seniors compete for a jackpot prize that could be their ticket out of the dead-end community.

Oliver has also penned Delirium, which kicked off a popular YA trilogy. In addition to writing, she is also one of the co-founders of Glasstown Entertainment. Bookstacked interviewed Glasstown co-founder and fellow YA author Lexa Hillyer in 2018 on the Bookmarked podcast. Hillyer shared her experience working with Oliver in the interview.

Are you excited about Lauren Oliver’s ‘Panic’ series on Prime Video?

Saul Marquez
Saul Marquez founded Bookstacked in 2014 and serves as the site's Editor-in-Chief. He primarily covers news for Bookstacked. He also co-hosts Bookmarked: A YA Book Podcast.
Mary Dempsey
I read, fangirl and sing a lot. Harry Potter is my absolute favorite.
Related Reads • You'll enjoy these too ...