‘Chaos Walking’ (finally) gets a poster, kicks off marketing campaign 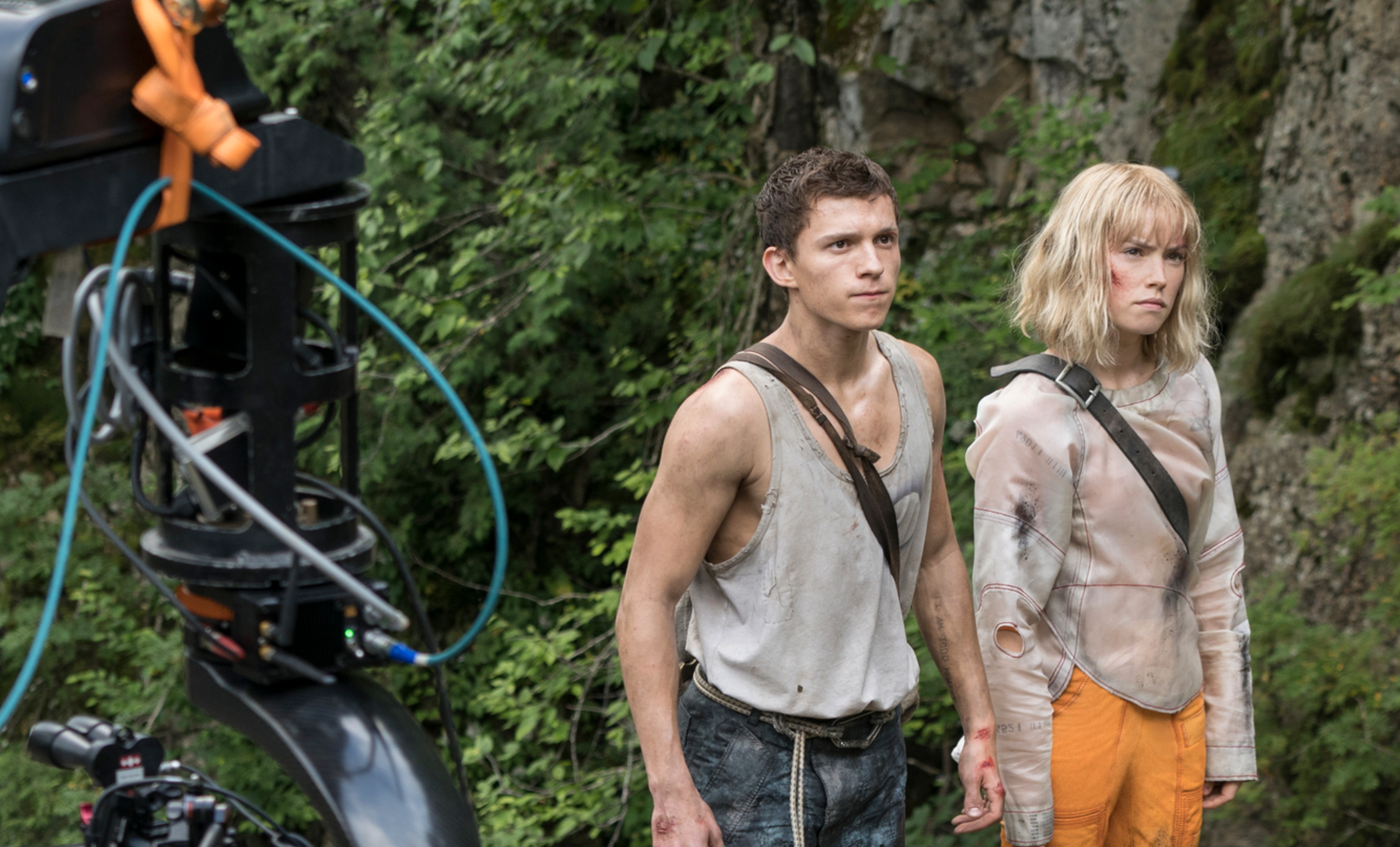 Tom Holland (left) and Daisy Ridley (right) as Todd Hewitt and Viola in the movie 'Chaos Walking,' an adaptation of 'The Knife of Never Letting Go' by Patrick Ness. (Lionsgate)

The movie is on track to be released this January.

Tom Holland and Daisy Ridley fans can breathe a sigh of relief … for now. ‘Chaos Walking’ finally has a movie poster.

The poster hit social media Thursday afternoon. The film, which is based on the 2008 novel The Knife of Never Letting Go by Patrick Ness, is set for a January 22, 2021 release. Lionsgate has had a funky-looking mockup poster on its website, which teased the design for the official poster released yesterday.

Check out the official poster:

Ness took to Instagram to celebrate the poster’s release, clearly enthusiastic to see his characters come to life.

“Look at Viola! Look at Todd! Look at the little glimpse of the Noise,” the author wrote. “Look at my favorite part, where it says “Screenplay by Patrick Ness and Christopher Ford”! Coming soon….”

Related: The Chaos Walking movie is reportedly a mess, “unreleasable”

The poster’s release kicks off Lionsgate’s marketing campaign for the film, a good sign that the movie is on track for its January release. ‘Chaos Walking’ has been in the works much longer than anticipated. The movie was deemed “unreleasable” in 2019 — Holland had to skip the ‘Avengers: Endgame’ premiere to participate in extensive reshoots. Ridley is apparently in London shooting promotional material for the film, according to some social media posts. Fans are speculating that a movie trailer will be released before the end of the month.

The movie’s official synopsis is below:

In the not too distant future, Todd Hewitt (Tom Holland) discovers Viola (Daisy Ridley), a mysterious girl who crash lands on his planet, where all the women have disappeared and the men are afflicted by “the Noise” — a force that puts all their thoughts on display. In this dangerous landscape, Viola’s life is threatened – and as Todd vows to protect her, he will have to discover his own inner power and unlock the planet’s dark secrets.