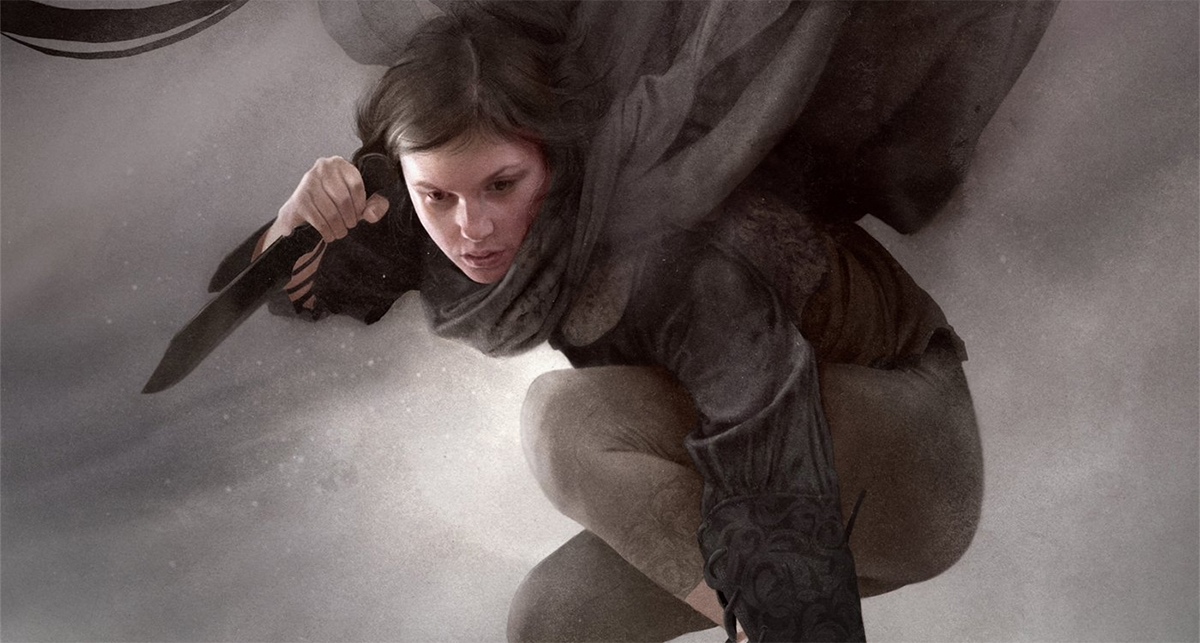 Vin from the cover of Brandon Sanderson's 'The Final Empire'. (Tor Books)

“You’re the one they call the survivor; those scars on your arms give you away. You’re a troublemaker.”

It’s not often that we report on video games at Bookstacked — but it’s not often literary characters become video game stars, and it looks like a character from Brandon Sanderson’s Mistborn is on track to do just that in Fortnite.

Fortnite, a popular battle royale-style video game, allows its players to “skin” their characters, which means taking on the image of certain personas. The skins are often done in collaboration with other properties. For example, you could skin your character to play as the Joker from Batman. Typically, these are characters from other video games, movies or comics.

Now it looks like Fortnite is tapping in characters from popular books too.

Fortnite posted a teaser on social media Thursday afternoon that points to a character from Brandon Sanderson‘s Mistborn series. The teaser quoted a segment from the prologue of Sanderon’s fantasy novel, Mistborn: The Final Empire. “You’re the one they call the survivor; those scars on your arms give you away. You’re a troublemaker.”

The quote in question refers to Kelsier, the Survivor of Hathsin — a powerful and prominent character in Sanderson’s Mistborn series.

Check out an official illustration of Kelsier from the book series:

Sanderson seemingly confirmed the news on Twitter, tweeting “Who guessed it?”

A lot of individuals in the fantasy community are freaking out a little bit at the news. To see some very beloved literary characters side by side with prominent characters from pop culture films isn’t what anyone expected — but it’s definitely great visibility for Sanderson’s work.

Will you be picking up Fortnite to play as Kelsier?