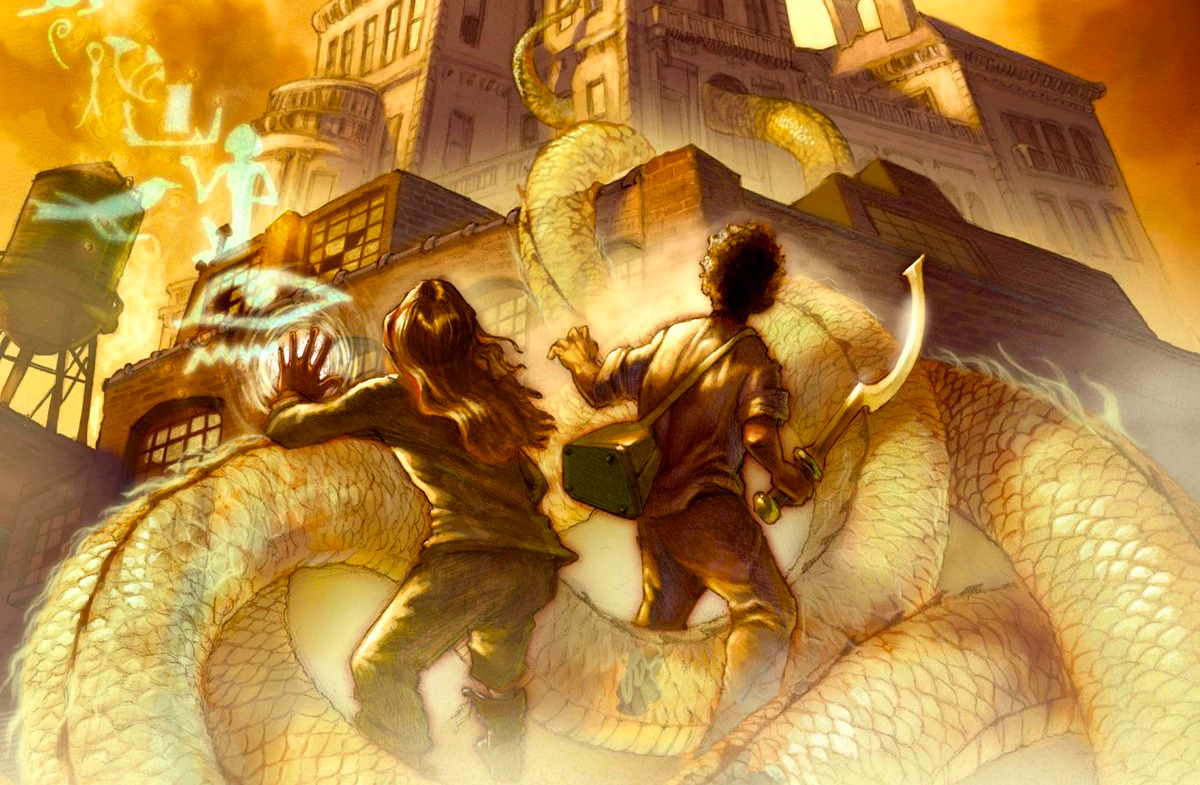 Detail from the cover of ‘The Red Pyramid’ by Rick Riordan. (Hyperion Books)

Riordan’s Percy Jackson series is already in development for TV at Disney Plus.

Looks like Rick Riordan will have his books turned into films once again … but not for theatrical release.

Rick Riordan announced on Saturday, Sept. 12, that his Egyptian mythology series, The Kane Chronicles, is in development to become a series of films on the streaming service giant Netflix.

“We have been working on this deal since last October, about the same time we started working on Percy, and I’m so glad I can now announce it,” he said.

Riordan said he would try to share more details about the deal during the Tower of Nero tour, a virtual book tour to promote the final book in The Trials of Apollo series, which begins Oct. 7.

Earlier this year, Riordan announced that Percy Jackson and the Olympians would become TV series on Disney Plus.

Earlier this year, Riordan announced that Percy Jackson and the Olympians will become a TV series on Disney Plus. The author will reportedly be heavily involved in the development of the Percy Jackson show.

“After a lot of hard work and a lot of support from you guys, Percy Jackson is coming to Disney Plus,” Riordan told fans when the announcement was made.

Just how involved will Riordan be in the Kane Chronicles? Again, the details surrounding the deal are scarce, but we’ll hopefully learn more in the coming months.

How excited are you for the new films?