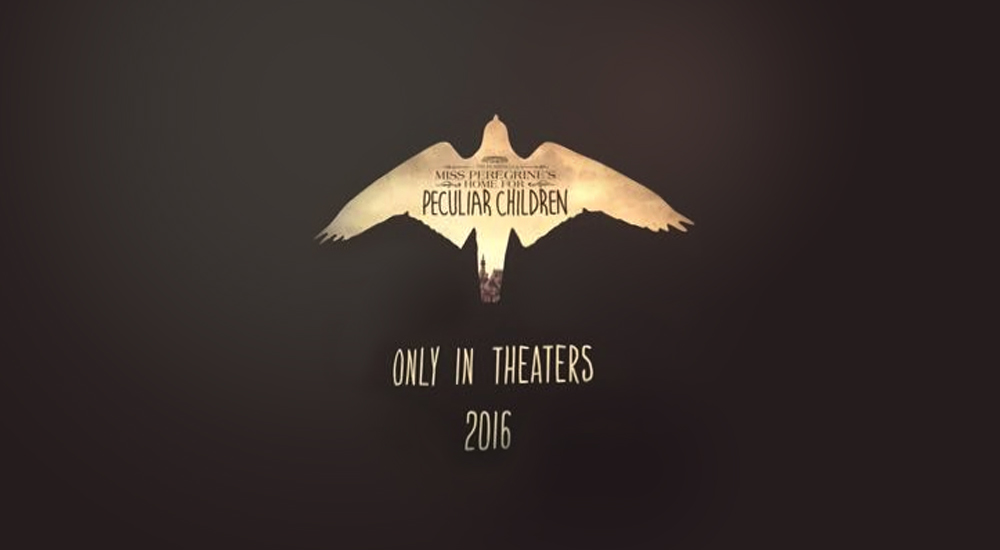 ‘Fantastic Beasts’ and ‘Miss Peregrine’s’ are coming and we can’t wait!

Licensing Expo in Las Vegas offered an early look at 2016 films. Among the sneak peeks were the title art to J.K. Rowling’s ‘Fantastic Beasts and Where to Find Them’ and the first poster of the ‘Miss Peregrine’s Home for Peculiar Children’ movie.

The ‘Fantastic Beasts and Where to Find Them’ logo can be seen below. Thanks to Hypable for snapping the picture!

Interesting to note is that WB seems to be branding the franchise as “[f]rom J.K. Rowling’s Wizard World”. It looks like they’re going to be relying a lot on J.K. Rowling’s name to carry the film! (Why wouldn’t they?)

It was recently revealed that Eddie Redmayne will be playing the lead role in Rowling’s first film.

While we’re excited for anything Harry Potter related, we were especially excited to see the movie poster to the upcoming ‘Miss Peregrine’s Home for Peculiar Children’ movie, based on the novel by Ransom Riggs.

It’s a simple design, and yet it really seems to capture the tone of the book!

ARE YOU EXCITED FOR THESE MOVIES?

Special thanks to Hypable for giving us the heads up and photos on these!

‘Miss Peregrine’s’ is due March 2016 while ‘Fantastic Beasts’ will be hitting theaters in November 2016.