When will The 5th Wave movie trailer be released? 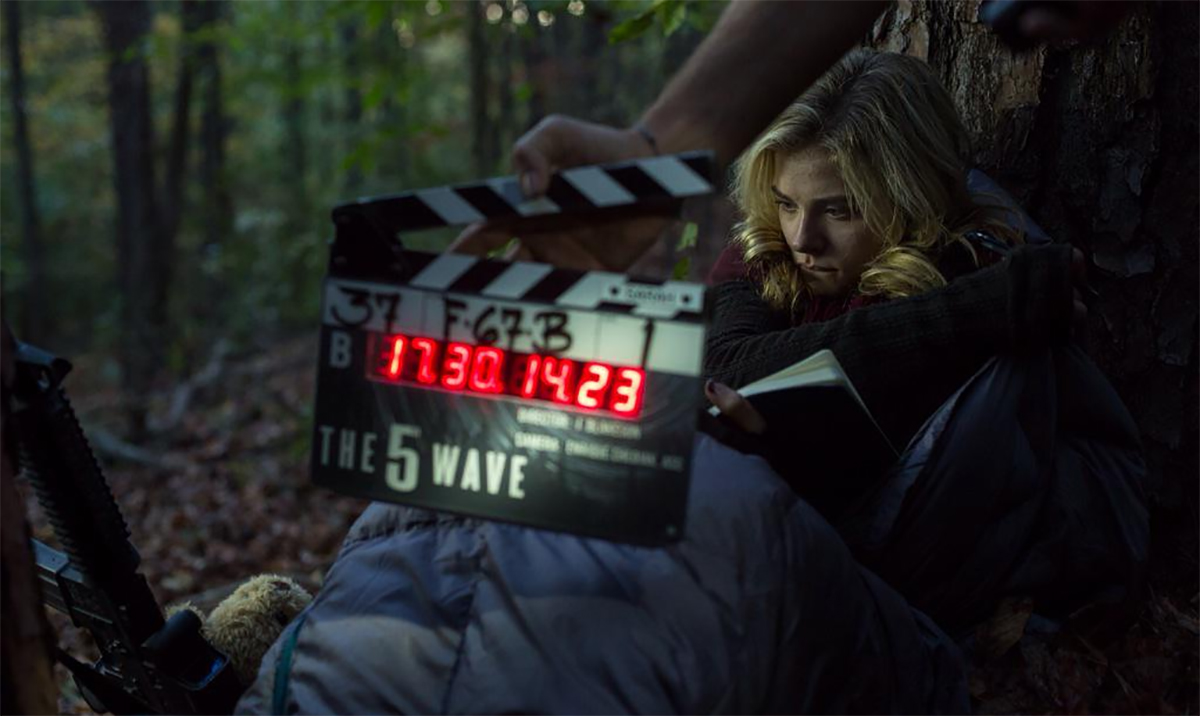 Where’s the trailer?! We think we know…

If you’ve been paying any attention to the 5th Wave fandom–“Wavers” as the fans are called–then you’ll know that everyone is anxiously waiting for something to happen: the release of The 5th Wave movie trailer.

As of now, the movie adaptation of Rick Yancey’s book, The 5th Wave, will be hitting theaters in six months. While filming completed last January, there hasn’t been any sign of a teaser trailer. This has fans scratching their heads. Shouldn’t a movie trailer, or at least a poster, be out by now? Some have pointed out that movies like ‘Suicide Squad’ and ‘Batman v. Superman’ have trailers in theaters already, and those movies don’t come out for another year.

Fans have been bombarding the @5thWaveMovie Twitter account, the movie actors, as well as author Rick Yancey with these questions. Before going any further, I want to address this.

If you’re asking Rick Yancey or the actors about the trailer, you’re not going to get what you’re looking for. Why? Because they don’t know. They’ve expressed multiple times that they don’t know about the trailer’s release date. Even if they did, they’re more than likely not in the clear with the movie’s PR department to disclose that information. And frankly, you should stop asking them. They’ve answered those questions multiple times and I think it’s fair to say that they’re tired of being asked about it. Take this tweet for example:

"Can you send me a free book?"

Don’t get me wrong. I want to know when the trailer is coming out myself. I (and I think most book lovers) understand how exciting it is to see your favorite books come to life on screen. The trailer is our first glimpse of that. However, out of respect to the author and actors, I think we can learn to be a bit more courteous when it comes to bugging them about the movie.

Ok, ok. But srsly. When is the trailer coming out?

Nobody but Sony and the film crew know the answer to that question. But I have a guess–and I’m feeling pretty confident about it.

I think that the movie trailer will be released between September 14-17.

Alright, first thing’s first. Let’s get this out of the way. My disclaimer: I could be wrong. Like, I could seriously be completely off. I’m publishing this article on August 10 and for all I know the movie trailer is coming out tomorrow. If that’s the case, awesome. Seriously, that’d be legit. No more waiting. But there are a few things that are pointing me to those specific dates.

First, you need to understand something about movie trailers. Publicity teams for movie productions don’t just sit around choosing a random date to release movie trailers or even posters. There’s always an actual and well-thought out plan to when they’re going to release something large like that. Typically, the publicity team is going to ask themselves who their target audience is–who are they trying to market this film to?

In the case of ‘The 5th Wave’, that’d be teenagers and young adults. Having answered that question, they’re then going to ask themselves when and where to release this movie trailer so that their target audience sees it.

So where do most people see movie trailers? In movie theaters, right before a movie starts. So if Sony wants teenage and YA audiences to see the trailer, they’re naturally going to place it in front of a movie that teenagers and YA audiences will be watching. Even better, they’ll do it in front of a popular book-to-film adaptation. My guess? ‘Maze Runner: The Scorch Trials’, the movie based off the popular books by James Dashner.

The Maze Runner and The 5th Wave share the same target audience. Sony’s going to want to advertise to the people who want to see the next Maze Runner movie.

Now, consider this: movie trailers usually debut several days before the movie that they’ll be playing in front of. An example? Last June, Lionsgate kicked off the promotion of the final Hunger Games movie, ‘Mockingjay, Part 2’. It wasn’t an accident that this happened in June. On June 12, ‘Jurassic World’ was released. This was the movie that Lionsgate wanted The Hunger Games to play in front of. Guess what? The trailer to ‘Mockingjay’ debuted online June 9th, three days before Jurassic World hit theaters. The ‘Mockingjay’ trailer did indeed play in front of “Jurassic World’.

So what’s the next big movie? For young adults, it’s ‘Scorch Trials’.

Still need a bit more convincing? This is a supposed (unconfirmed, but it looks real) conversation that Twitter user @_rockandbooks had with 5th Wave actor Zackary Arthur over direct messages:

As for the posters? They *usually* come out around the same. Sometimes they’re released a week before the movie trailer debuts, sometimes just a day.

But either way. If we were to guess The 5th Wave movie trailer release date, we’d guess in the days leading up to ‘Scorch Trials’.