Where do we begin with this one? 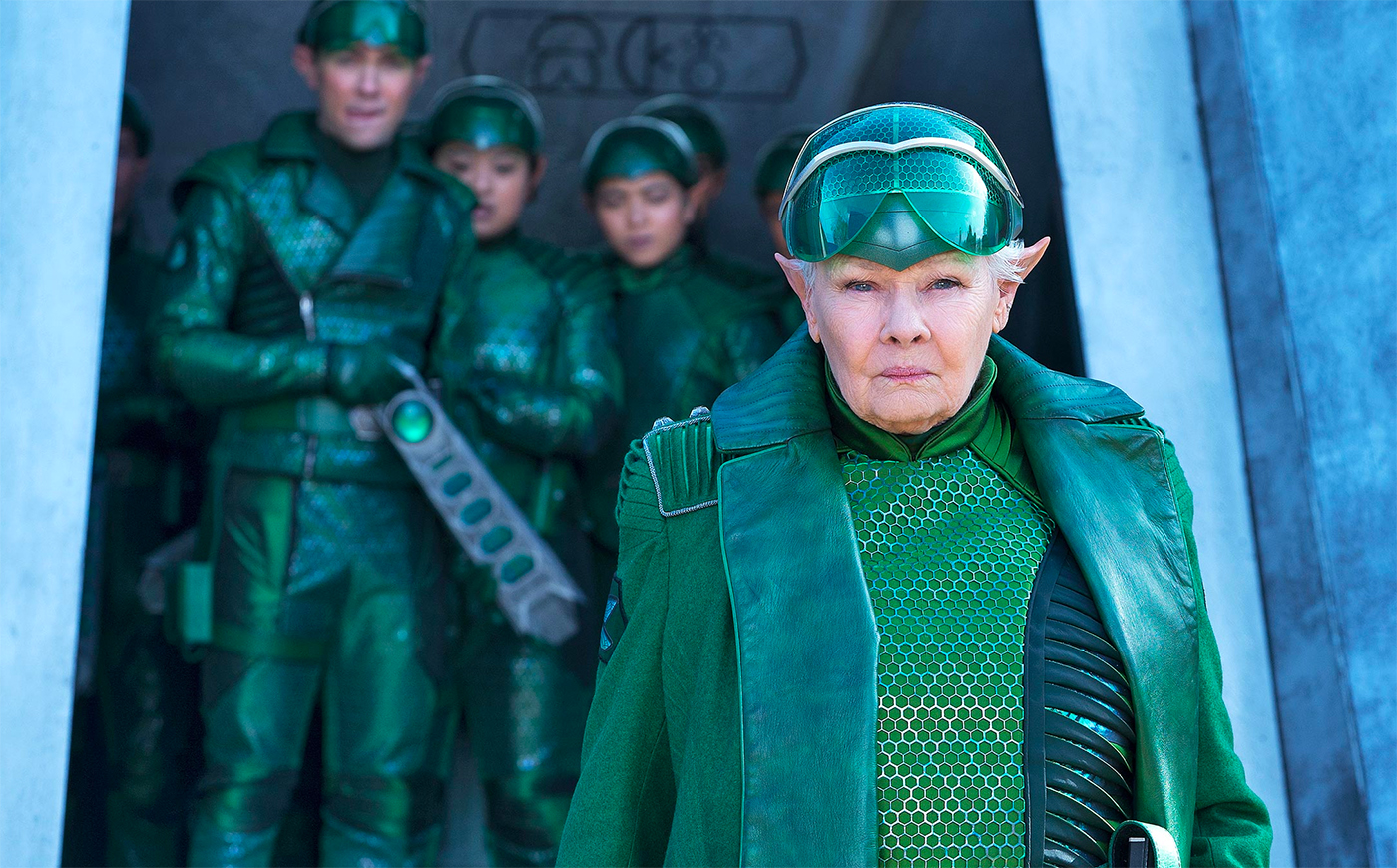 Disney’s ‘Artemis Fowl’ is another one of those movies.

When talking the Artemis Fowl movie vs. book, fans are sure to be upset by some of the many huge changes the movie made — there are some significant changes from the source material!

While large portions of the movie are similar to the book, including the kidnapping of Holly Short, Artemis’ character is hardly recognizable, especially in the first half of the film. (Also… wtf is a giant dwarf?) We counted 16 major differences between the book and the movie. How many did you spot?

Here are all the Artemis Fowl movie differences!

BOOK AND MOVIE SPOILERS BELOW!

In the Book: Artemis Fowl II is a criminal mastermind from the start of the story. He’s on a quest to restore wealth and prominence to the once-great Fowl family. From the get-go, readers see him blurring moral lines to get what he wants: The Book of the People — and more specifically, fairy gold.

In the Movie: Artemis is a pro-level surfer and e-skater who doesn’t fit in at school. He has no idea about his family’s ties to the criminal underworld and is completely removed from any criminal activity. He’s shocked to learn about his father’s profession. By the end of the movie, he’s convinced himself he is a “criminal mastermind,” but hasn’t done much to convince the audience of it.

2. The Book of the People is not in the movie

In the Book: Artemis and Butler trick a sprite into giving them The Book of the People, an ancient book that outlines the secrets and traditions of the fairy people. Artemis uses the knowledge in this book to stay a step ahead of the LEP throughout the novel.

In the Movie: The book and the sprite never appear in the movie. Instead, Artemis learns about the fairy people through the research of his father.

In the Book: There is no aculos in the books.

In the Movie: The Aculos is a powerful and feared magical relic that could be used as a weapon. Artemis Fowl Sr. is protecting it in his home, which prompts Opal Koboi to kidnap him and force Artemis Jr. to find it in exchange for his father.

In the Book: Opal Koboi is Artemis Fowl’s greatest enemy in the books, but she doesn’t make her first appearance until the second novel, The Arctic Incident. She’s the founder of Koboi Laboratories and is a vicious rival of Foaly’s.

In the Movie: Opal is the primary antagonist of the movie, though her actual looks are never revealed as she’s always hooded. She completely takes on the role of the Russian Mafiya from the second book, in that she kidnaps Artemis’ father. Her goal is to acquire the Aculos.

In the Book: Artemis’ father has been missing for a couple of years by the time the story begins. While it’s certainly caught media interest (Artemis constantly tunes into CNN for updates on his father), there is no media frenzy outside the gates of Fowl Manor.

In the Movie: The world learns of the Fowl criminal empire when Artemis Fowl Sr. goes missing. This causes a chaotic group of journalists to encircle Fowl Manor.

In the Book: Angeline Fowl, Artemis’ mother, is very much alive at the beginning of the first book. However, the disappearance of Artemis Fowl Sr. leaves her in a deteriorating mental state. At the end of the book, Holly Short heals Angeline. Angeline continues as a character through the later books, becoming gravely ill and eventually giving birth to Artemis’ siblings Myles and Beckett.

In the Movie: Angeline Fowl is dead before the start of the movie.

7. So much about Mulch Diggums

In the Book: Mulch is a dwarf who tunnels underground by eating dirt and shooting it out his backside. His abilities make him a prime thief who eventually becomes an ally to Artemis Fowl and Holly Short. At the end of the first book, he tricks the LEP into thinking he’s dead by killing a rabbit and placing his iris-cam on its eye. In the second book, it’s revealed that he relocates to Los Angeles.

In the Movie: Mulch is a “giant dwarf,” meaning he isn’t a dwarf at all except for his tunneling abilities. He’s also still a thief. However, he’s given prominence as the movie’s narrator. He’s interrogated by MI6 into offering information about the Fowls who he apparently works for. The Fowls break him out at the end of the movie.

In the Book: Domovoi Butler is Artemis’ butler, bodyguard and close friend. Because his last name is Butler, he’s simply referred to as “Butler.”

In the Movie: Butler goes by a shortened first name, “Dom.” According to Mulch, he, under no circumstances, shouldn’t be called Butler.

In the Book: Juliet Butler is Domovoi Butler’s younger sister and is also employed by the Fowls.

In the Movie: Juliet Butler is Dom’s niece and is not employed by the Fowls but is instead called in as backup during the siege of Fowl Manor.

In the Book: Commander Julius Root is the head of the LEP.

In the Movie: Commander Julius Root is still the head of the LEP, although he is actually a she, portrayed by Judi Dench.

11. Holly Short is not the first female member of LEPrecon

In the Book: Holly is the first ever female member the LEP. Because of this, she faces a lot of pressure to be better than her peers, who sometimes look down on her, in order to prove herself.

In the Movie: Since Commander Root is female in the Artemis Fowl movie, Holly is by no means the first female member in the LEP. This storyline is cut entirely.

In the Book: Holly’s father doesn’t play a primary role in the books. In later books, it’s revealed that her mother holds a very special place in her heart.

In the Movie: Beechwood Short was a member of the LEP until he stole the Aculos. Unknown to everyone else, he gave the Aculos to Artemis Fowl Sr. so he could protect it from Opal. The fairies consider him a traitor, to Holly’s chagrin.

In the Book: Fairies must replenish their magic by periodically performing the Ritual. The process involves picking an acorn from an oak tree next to a riverbed and burying it while saying, “I return you to the earth, and claim the gift that is my right.” Holly Short, low on magic, attempts to perform the Ritual when she’s kidnapped by Artemis.

In the Movie: The Ritual doesn’t exist in the movie. Instead, Holly visits a sacred hill near Fowl Manor to find evidence to clear her father’s name.

In the Book: The LEP freezes time around Fowl Manor to deal with the hostage situation. Root detonates a bio-bomb within the time stop which should kill Artemis and everyone else in Fowl Manor. However, Artemis is a step ahead and survives the bomb.

In the Movie: The LEP uses a capsule to freeze time around Fowl Manor. Artemis and Butler attack the fairies and shoot an arrow at the capsule which is at full view in the middle of the sky. This causes the time stop to become unstable and eventually malfunction.

In the Book: After kidnapping Holly, Artemis has her tracking device placed in a whaler as part of a trap for the LEP. Root is the officer who shows up. Communicating through a camera, Artemis shares his name with Root and then blows up the whaler. Once the LEP have Artemis’ name, they head to Fowl Manor.

In the Movie: This scene never happens in the movie. Instead, Root is already well-aware of the Fowl family and knows exactly where to go to save Holly.

In the Book: Artemis gets his gold, Holly is returned to the LEP, Angeline is healed, Artemis Fowl Sr. is still missing.

In the Movie: Holly uses the Aculos to summon Artemis Fowl Sr. back to Fowl Manor and out of Opal’s clutches. Opal is upset by this and has a Darth Vader “Noooo!!” moment. Artemis calls Opal up on his phone to let her know that he’s coming for her because bragging rights. Artemis and his father then help Mulch escape from MI6 in their helicopter. Holly shows up for good measure and they all fly into the sunset.

Did we miss anything? Let us know in the comments!