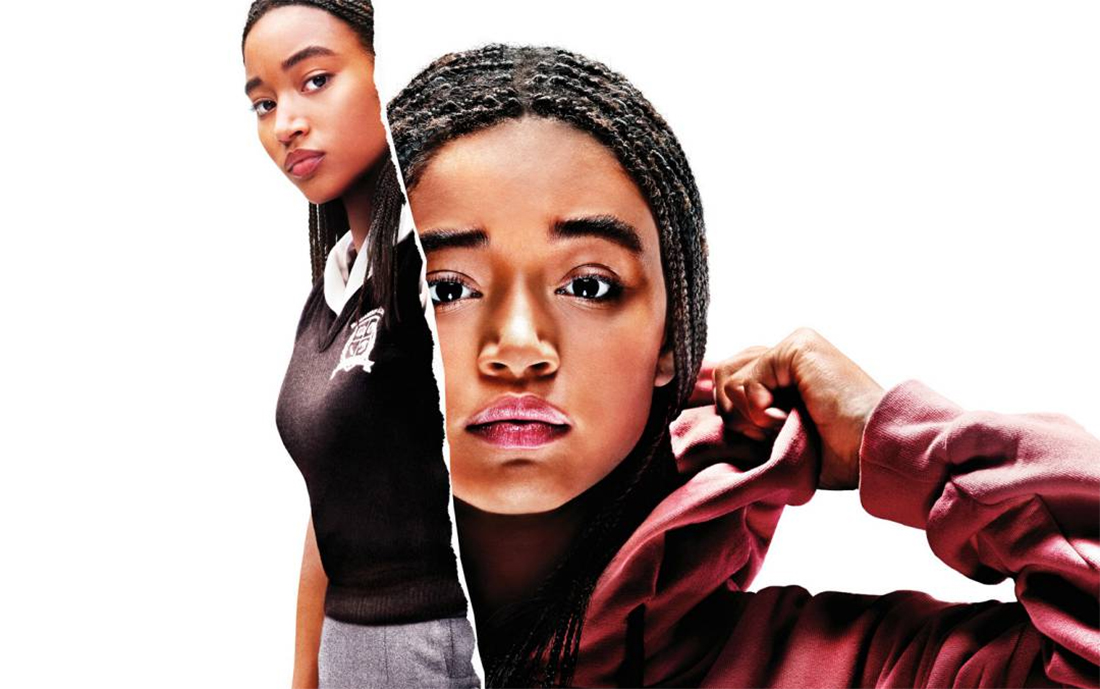 It’s your passion and truth-telling that make your voice worth hearing.

If you weren’t watching closely, you might have missed it.

Angie Thomas makes a brief cameo in the 2018 film adaptation of her bestselling novel The Hate U Give. The moment comes during the film’s climactic scene; the inhabitants of Garden Heights, led by activist-attorney April Ofrah (Issa Rae), have gathered downtown to protest the grand jury’s decision to not indict the police officer who shot and killed a young member of the community. Starr (Amandla Stenberg) prepares herself to address the crowd. As Ofrah hands Starr a megaphone, she asks “Are you ready to use your weapon?” At this moment, Angie Thomas can be seen standing near Starr, smiling up at her in encouragement.

It’s fitting for Thomas to make her cameo at this moment when Starr finds her voice, speaks out and is finally heard. Thomas has been an advocate for youth voices throughout her career, encouraging young people to speak their truths and pursue their own activism, telling her young readers, “We need you involved. We need you to care. We need you to dedicate yourselves to changing the world around you,” according to Central Michigan Life.

Early this March, Thomas quietly released a writing resource for her young fans titled Find Your Voice: A Guided Journal for Writing Your Truth. Exactly what it sounds like, this colorful little journal includes writing advice from Thomas in addition to writing activities, graphic organizers and plenty of lined pages to fill up. It affirms every young person can be a writer: “Yeah you. You’re a writer. In fact, for the rest of the journal, I’m going to refer to you as Writer with a capital W because you’re legit.”

The journal is broken into five parts: Choosing a Story Idea, Get to Know Your Characters, Writing your Zero Draft, Story Structure and Getting Feedback. Each section goes beyond traditional writing advice and invites young people to really put themselves into whatever they write. In the introduction Thomas says, “Thing is, our stories don’t have to represent exactly who we are. But almost always, they will be about something that’s meaningful to us. It’s your passion and truth-telling that make your voice worth hearing”.

Thomas is one of many YA authors who are encouraging their young readers to speak up. The world needs young voices now more than ever. You really are a Writer, capital W, and if you’ve been waiting for the right moment, now is the time to find your voice and write your truth.