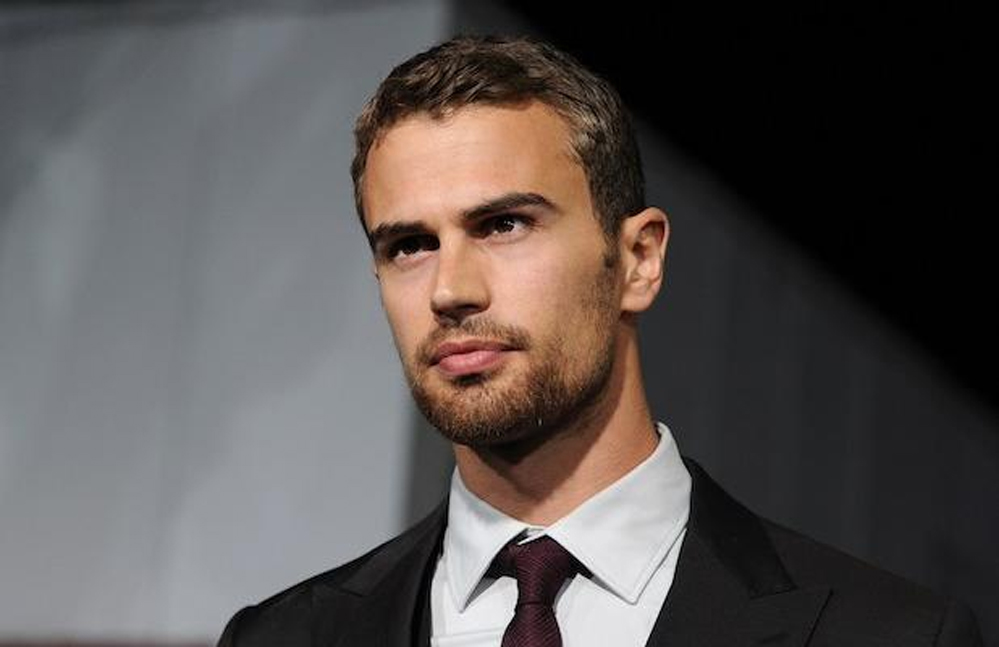 I was inevitable, right? Everyone likes Theo James. He’s cool, not a Hollywood jerk, he’s got an accent and he portrays everyone’s favorite Dauntless character.  And with today’s release of the ‘Divergent’ movie, we couldn’t help but come up with four reasons why Theo James makes a great Four in the film! Many of us […]

I was inevitable, right? Everyone likes Theo James. He’s cool, not a Hollywood jerk, he’s got an accent and he portrays everyone’s favorite Dauntless character.  And with today’s release of the ‘Divergent’ movie, we couldn’t help but come up with four reasons why Theo James makes a great Four in the film!

Many of us have already seen the movie and the majority of fans seem to agree: Theo James IS Four! So here are out four reasons why Theo James makes such a great Four!

Before ‘Divergent,’ hardly anyone had heard of Theo James. He was most famous for his small role on ‘Downtown Abbey’–but like I said: small role. It wasn’t long lived and it was a small enough role for him to not be placed in any sort of stereotype.  So what does this mean for fans? It means that we don’t have any pre-conceived image of the actor. We go into the theater with a 100% clean state of who this actor is.

You might think this wouldn’t be such a big problem. “So what if he was well known for a different role? That wouldn’t affect how I interpret him as Four!” This, however, seems to have been an issue for actor Alexander Ludwig, who is known for portraying Cato in ‘The Hunger Games.’ Ludwig was known to be in the running for Four when the studio was casting the part, be he ultimately wasn’t given the spot. Why? According to him, it had to do with his involvement in ‘Hunger Games.’

“[I] will not be [Four]. Too similar to hunger games but i hope fans are happy with how the rest of the casting goes!” he said on Twitter.

The fact that Theo James has been unknown is a big plus for us ‘Divergent’ fans!

As with all films like ‘Divergent’, the fans naturally pair the lead actors together. Those who want to see Shailene Woodley and Theo James together have given them the name, “Sheo.” Looking at different interviews, it’s easy to see why! As of late, Shailene and Theo James have been touring together to promote the movie. Almost all of the interviews they’re doing are together! It’s easy to see why these two make such a great couple–even if it really is only in our heads.

Why does this matter?

The fact that they even have chemistry in their interviews should ensure you that they have AMAZING chemistry when playing lovers in the film! That’s pretty important if you ask me.

Even if Theo James is older than we all envisioned Four to be, it’s easy to overlook that simply because he captures that gritty vibe that we get from Four.

Here’s one of the issues in a lot of YA to book adaptions. Maybe it’s just me, but it seems like a lot of the guys they cast as the male love interests are these sparkly male models. I guess that’s fine and all, but there are no “sparkles” when it comes to Theo James. He’s got scruff (well, not in the movie, but… still).

Shailene Woodley talked about this during the casting of Four. When asked about what type of person should be cast as Tobias Eaton, Woodley said the following: “The thing about Four is that he has to be a man. No feminine actors, please. You cannot walk in that room in pretty little boots and pretend you’re a man. I’m sorry. You need to walk in there, and you need to not have muscles that look good–but don’t actually work.”

I think it’s safe to say that Theo James meets those requirements.

In the same interview, Shailene Woodley addressed this as well: “This character needs to be extremely masculine, and his eyes need to scream vulnerability and sensitivity. It’s really hard to find in a dude, especially a dude who can act.”

For those who were worried about the acting in this film, I can say that ALL the actors do an AMAZING job! Theo James is definitely on the top of that list!

I went into the film hesitant about Theo James as Four–and it was for this very reason. Based off of what I saw in the trailers, I wasn’t very confident in his acting. I was expecting something stale and bland, maybe along the lines of Robert Pattinson in ‘Twilight.’

I was honestly blown away by Four. He captures that hardness that we originally see in Four at the beginning of ‘Divergent’ VERY well. But what’s more impressive is that he can encompass all the other aspects of Four as well. Theo James portrays the insecurities, fears, and loyalty that make up Four.

If you haven’t already seen the movie, just go watch it. You’ll see what I’m talking about.

WHAT DO YOU THINK ABOUT THEO JAMES IN ‘DIVERGENT’?