It’s National Read a Book Day — so what is everyone reading? 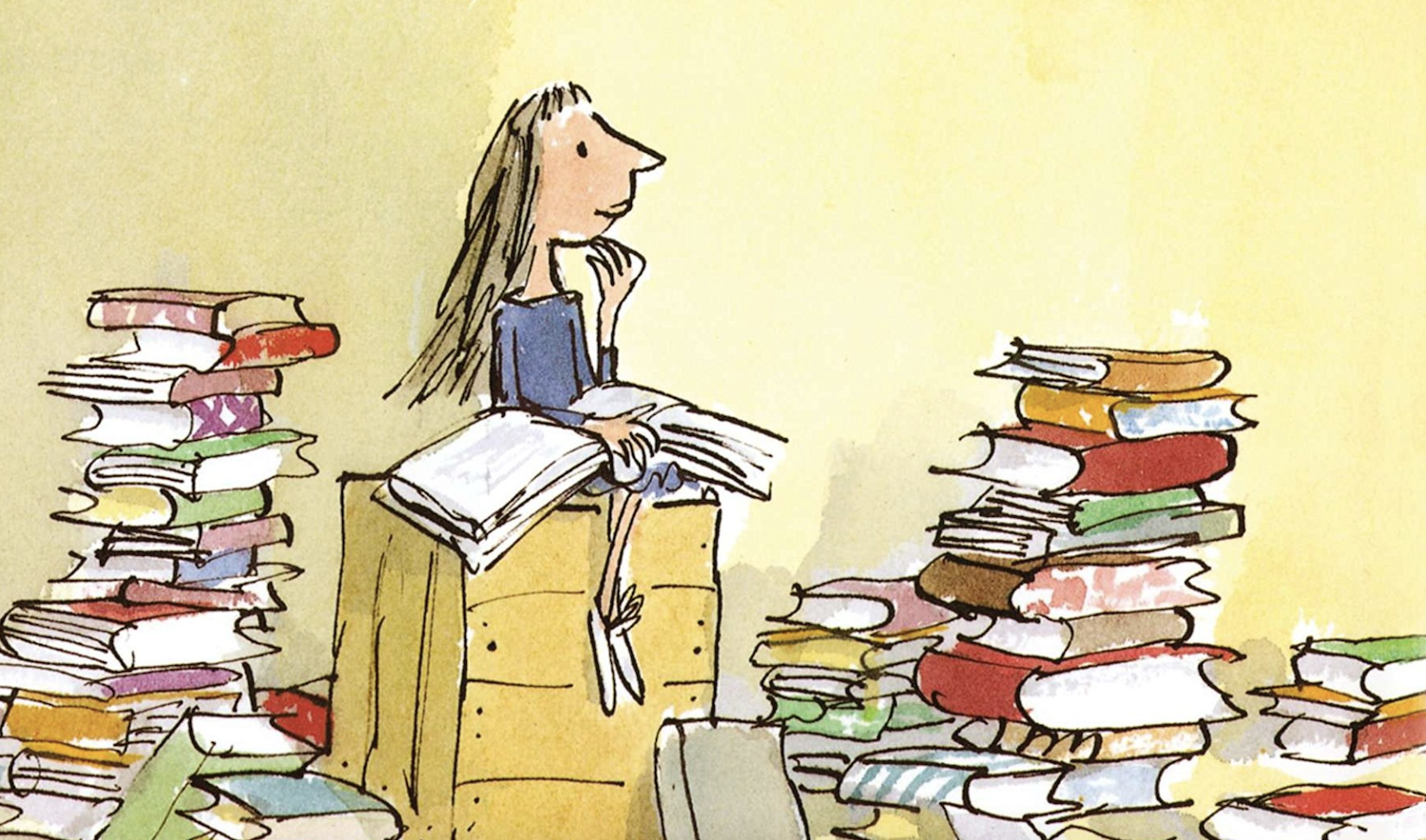 Artwork from the cover of 'Matilda' by Roald Dahl. (Puffin Books)

What are you reading to celebrate #NationalReadABookDay?

Didn’t we just celebrate National Book Lover’s Day in August? Yes, we did. But this day, in particular, encourages us all to spend the day reading. Anyone else calling in sick today?

Reading not only reduces stress but continuously strengthens the brain — it’s literally working out your brain muscle! If only the rest of my body could get fit just from reading. Reading also increases our vocabulary, making us a bit more articulate. And if you read a lot when you were younger, chances are you tested better in school than those who didn’t.

It’s no secret that here at Bookstacked we’re obsessed with reading! So let’s take a look at what we’re currently reading to celebrate National Read a Book Day!

The Burning Maze (The Trials of Apollo #3) by Rick Riordan

‘The Trials of Apollo: The Burning Maze’ by Rick Riordan. (Hyperion Books)

“The formerly glorious god Apollo, cast down to earth in punishment by Zeus, is now an awkward mortal teenager named Lester Papadopoulos. In order to regain his place on Mount Olympus, Lester must restore five Oracles that have gone dark. But he has to achieve this impossible task without having any godly powers and while being duty-bound to a confounding young daughter of Demeter named Meg.”

“When the vuvv first landed, it came as a surprise to aspiring artist Adam and the rest of planet Earth, though not an unwelcome one. But with his parents’ jobs replaced by alien tech and no money for food, clean water, or the vuvv’s miraculous medicine, Adam has to get creative to survive. And soon enough, Adam must decide how far he’s willing to go–and what he’s willing to sacrifice–to give the vuvv what they want.”

The Rise of Kyoshi by F.C. Yee

“The longest-living Avatar in this beloved world’s history, Kyoshi established the brave and respected Kyoshi Warriors, but also founded the secretive Dai Li, which led to the corruption, decline, and fall of her own nation.”

“By day, seventeen-year-old Kiera Johnson is an honors student, a math tutor, and one of the only Black kids at Jefferson Academy. But at home, she joins hundreds of thousands of Black gamers who duel worldwide as Nubian personas in the secret multiplayer online role-playing card game, SLAY. No one knows Kiera is the game developer, not her friends, her family, not even her boyfriend, Malcolm. But when a teen in Kansas City is murdered over a dispute in the SLAY world, news of the game reaches mainstream media, and SLAY is labeled a racist, exclusionist, violent hub for thugs and criminals. Driven to save the only world in which she can be herself, Kiera must preserve her secret identity and harness what it means to be unapologetically Black in a world intimidated by Blackness.”

Sword and Pen (The Great Library series #5) by Rachel Caine

“The corrupt leadership of the Great Library has fallen. But with the Archivist plotting his return to power, and the Library under siege from outside empires and kingdoms, its future is uncertain. Jess Brightwell and his friends must come together as never before, to forge a new future for the Great Library. . . or see everything it stood for crumble.”

“Innocent blood has been spilled on the steps of the Council Hall, the sacred stronghold of the Shadowhunters. Their society now teeters on the brink of civil war. Caught in a race against time, Emma and Julian must save the world of the Shadowhunters before a deadly curse destroys them and everyone they love.”

What are you reading to celebrate National Read a Book Day?