A YA book to match every era of Taylor Swift (so far!)

To celebrate the release of ‘Lover’, we think about the books which best match each of Taylor Swift’s eras! 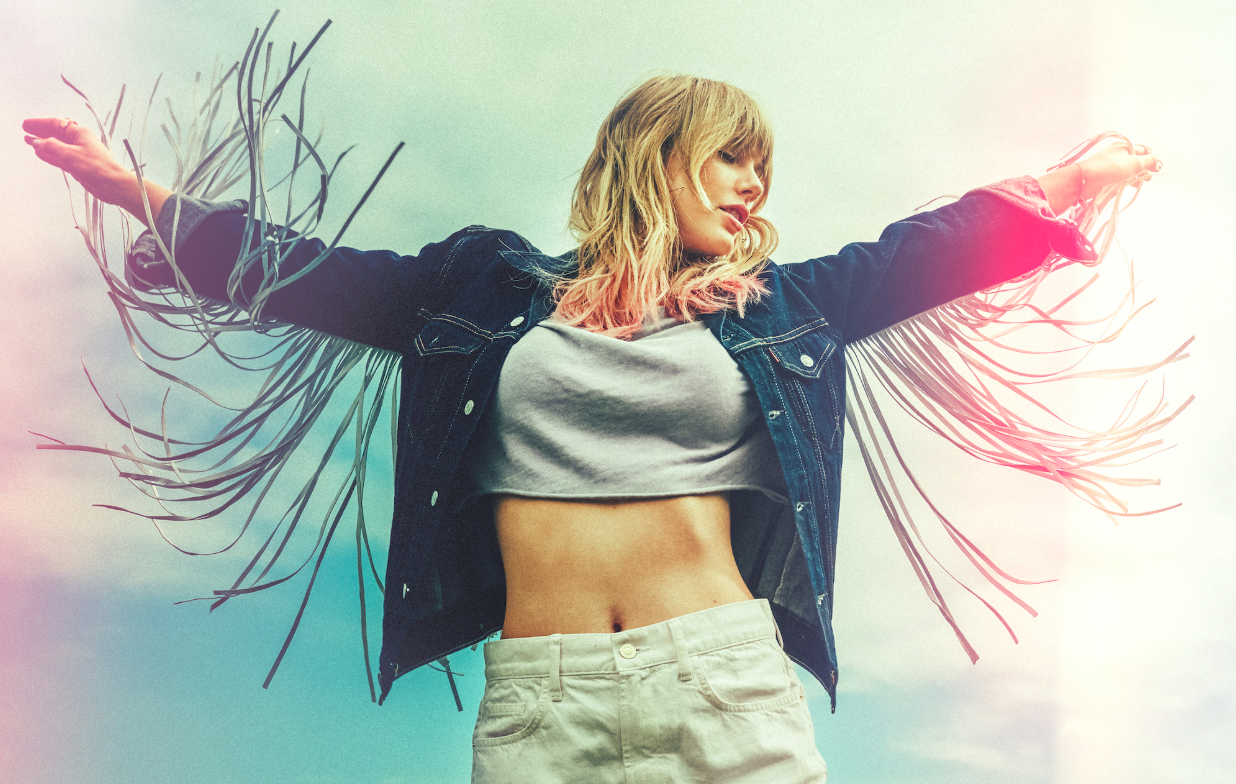 As the world celebrates Taylor Swift releasing her seventh studio album, ‘Lover’, we at Bookstacked couldn’t help but think about the books that best define each of Taylor Swift’s unique eras.

So, in between the many — and I can’t stress the word many enough — listens-through of the album I’ll be doing today, I’ve gone through Swift’s entire discography to try to think of a YA book which best matches the tone of each individual era so far.

Taylor Swift’s debut album saw her as a 16-year-old trying to find her place in the world, eager to prove herself in the country music scene. To define Swift’s eras in a single sentence would be an impossible task, but looking back, her first era was one of youthful exuberance and bravery — not everyone would be so willing to throw their diary to the world at just 16.

While her first album was a success, ‘Fearless’ took Swift to the stratosphere, with major thanks to her biggest hit, ‘Love Story’. The first hints that Swift wasn’t planning on staying in her own lane very long came in the ‘Fearless’ era, as the first signs of her crossover into a more “pop” scene came in this album. But much like her debut album, her youthfulness and bravery continued to shine.

Moving on from his hugely successful Percy Jackson & the Olympians series, Rick Riordan upped the game with The Heroes of Olympus. While it wasn’t a major shift away from what had made Percy Jackson as successful as it was, it was enough to suggest that Riordan could take what he knew and build it into something bigger.

The first hints of Taylor Swift moving forward with her musical style came with her third album. The girl in the sparkly dresses and country boots was still here, but with her rising fame came a more curated presentation to the world. While she still showed no signs of hiding much of her personal life, her reputation became more of a talking point. But Swift stayed true to who she was and what had made her previous two albums so successful.

What If It’s Us by Becky Albertalli & Adam Silvera (HarperTeen)

Both Adam Silvera and Becky Albertalli have grown exponentially with each new release of theirs, but no matter how different their genres or themes are to the books which have come before, much like ‘Speak Now’, they’ve always stayed true to the heart of what makes an Adam Silvera or Becky Albertalli book. The authors’ merging in What If It’s Us feels like the perfect blend to pair with ‘Speak Now’ — it’s similar but new, it’s expected but comfortable. It’s a book that knew what it was going to be, and which perfectly executed it.

With the release of the first single in the ‘Red’ era, ‘We Are Never Ever Getting Back Together’, it was clear that Swift had set aside her country roots in favour of exploring a more “grown-up” attitude. But that’s not to suggest that she left her youthfulness behind, she merely let the world see a different side of herself. The album itself had a bit of everything thrown in; experimental EDM-influenced songs like ‘I Knew You Were Trouble’, classic Swift country songs like ‘Begin Again’, and big pop anthems like ’22’.

A Darker Shade of Magic by V.E. Schwab (Tor Books)

By the time of the release of A Darker Shade of Magic, V.E. Schwab had become as established in the YA scene as Taylor Swift was in music, but it was that book which would take Schwab from established author to the top of the best-seller lists. Similarly to the reputation of ‘Red’ for having a bit of everything, A Darker Shade of Magic showcased a bit of everything too.

By her fifth studio album, Taylor Swift had moved completely away from the country scene, releasing ‘1989’ as her first official “fully pop” album. But while she was moving forward, her musical style went back — to the ’80s, to be precise. The musical influences of her birth decade were clear from the start, and her style for the era shone in neon lights.

Possibly a controversial choice, I know, but hear me out; if any book resonates with the same kind of retro 80’s throwbacks as ‘1989’, it has to be Ready Player One by Ernest Cline. The book is chock-full of references to entertainment from the 1980s, to the extent that the feeling of Swift’s fifth studio album is influenced by the decade.

Perhaps the most daring move of her career so far came when Swift’s entire social media presence disappeared, only to be replaced a few days later with a motif that would shape her next two years; a snake lashing out towards the viewer. Gone was the “old Taylor,” the girl in the colourful dresses smiling and deflecting the hate thrown her way. With ‘Look What You Made Me Do’, Swift set a precedent for the album to come — she was here with receipts to take down everyone who had wronged her in the past. And we all believed that she wouldn’t be the same again, that Taylor Swift expressed her true anger through electronic-influenced music … until the final tracks on the album revealed the true story. ‘reputation’ was her catharsis — something that Swift had to write and release to get through her troubled relationship with the media and to come to terms with what her reputation was to herself.

Because You Love to Hate Me, ed. Ameriie (Bloomsbury)

In 2017, Ameriie edited an anthology of short stories, Because You Love to Hate Me, merging the media, in the form of BookTube, with established YA authors. The theme of the anthology: villains. Telling the story from the villains perspective in Because You Love to Hate Me perfectly matches the attitude Taylor showcase in ‘reputation’; everyone wanted her to be the villain, so she told her side of the story from the perspective people wanted to hear it from.

As we enter this newest Taylor Swift era, it’s clear to see that she’s no longer the girl she was at 16. Swift has found her place in the world, knows who she is and who she wants to be. The future is bright and colourful, things are looking up, and Swift is ready to step into the daylight and let it go …

What songs do you think best define each of Taylor Swift’s eras? What’s been your favourite song on ‘Lover’? Let us know!