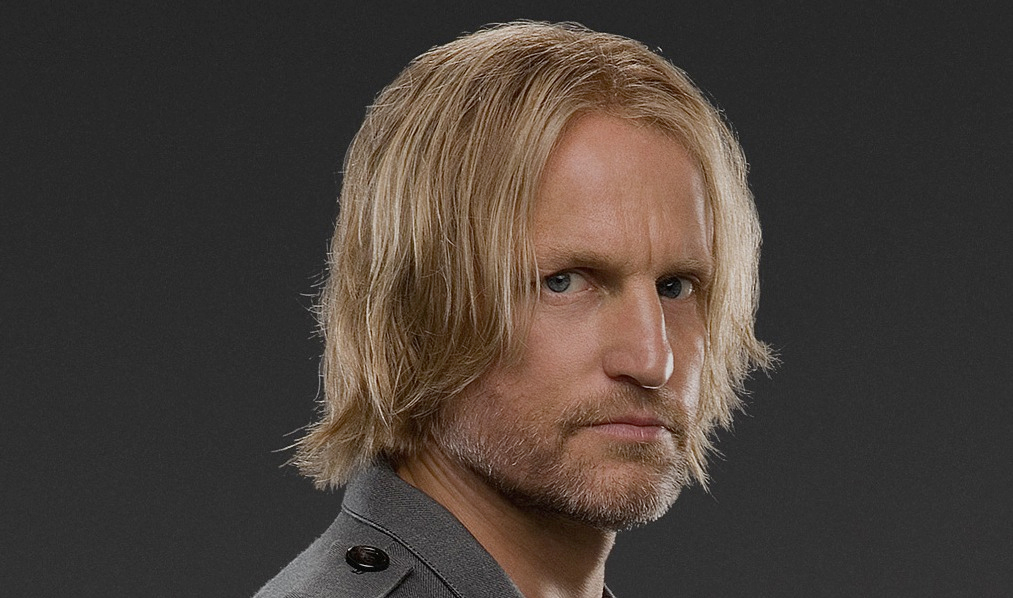 “Haymitch is that guy, you know?”

Haymitch is that guy, you know? The one that you can’t really take seriously.

We’ve all known him at some point in our lives. He’s the one you talk to and he nods his head back and forth like he’s listening but then he says something like, “Wai’ whaddya say?” And you’re like, “Dude, are you drunk?”

It’s those conversations that remind you why you generally don’t talk to him.

Haymitch is that guy who walks into class late with is hair sticking out in a hundred different directions, as if he’s just walked to school through a hurricane. He’s the one that everyone can smell when he enters through the door. You pinch your nose to avoid letting his toxic fumes penetrate your nostrils. When he sits next to you, you shift your chair over a few inches away from him.

He’s the one who’s just not very impressive, the one the teachers always blame for distracting the class. He’s also incredibly rude. People just aren’t his sort of thing. He’s the one who just doesn’t seem to care.

So you forget about him, because—you know—that’s what happens…

Until a few years pass and you’re in the hospital because a jabberjay tried to poke your eyes out, or because the government sent its cronies to find you after you tried to start a revolution, or something like that.

The waiting room of the hospital is grimy and dirty. The chairs look like they were made in 1988 because they probably were and for whatever reason the hospital forgot that they’re disgusting. Haymitch is sitting in the corner. You can’t help but think that he looks exactly where he belongs, in his environment.

You look around and after a few moments you realize that the only available seat is the one next to him. You wonder whether or not you should sit down beside him or just stand against the wall. That’s when you remember that it’s almost Christmas and you’ve made a goal to be nice to someone new every day, so you say, “What the heck” and sit next to him.

He looks up and you see that his eyes are red—just as you always remembered them. He didn’t bother to shave that morning either. Not much has changed.
You talk to him for a bit. He grunts in reply. You talk some more. He grunts some more. Now you’re ready to give up. You remember how rude he was in class and why nobody ever wanted to be around him.

And then he actually says something.

He looks at you but suddenly you don’t see the red in his eyes. There’s something new, something you hadn’t noticed before.

“Something flickers across his bloodshot eyes. Pain.”

You get up and look for somewhere new to wait, but you don’t forget about him. You wonder why he’s hurting and when it started. You ask yourself if he’s always been that way? Is he hurting because he’s realized that he’s a jerk? Maybe he’s upset because of how rude he is and how it’s gotten him absolutely nowhere.

Or… Maybe it’s the opposite. Maybe he was rude because he was hurting. Maybe he acted like he didn’t care because in reality he did?

You decide that you’ll reach out to him. He’ll be your project. You’ll be his friend and someday he’ll thank you for being the only one who ever saw the true him. So you go back and you sit down next to him and after a while he opens up.

You meet a few days later for lunch. He’s friendlier but still rough around the edges. Your goal is still the same: you’ll try to get him to look at life in a much more positive way. You can be the difference.

It’s a tense friendship. His old habits don’t die and you get frustrated with him from time to time. He also gets frustrated with you and some days it feels like no progress has been made. But there a moments where things are good. Sometimes, it seems like he actually cares. In fact, you’re surprised, because on the days that you’re feeling down, he’s usually the one to help you out. Whether it’s a friendly remark, or he’s calling you out on being a hypocrite over something—you realize that he cares.

You begin to wonder whether you needed him more than he needed you.

When Katniss met Haymitch, she didn’t see much. Funnily enough, Haymitch doesn’t seem to see much in her either. But there’s something to be said about their friendship. Was it tough? Yes. Were there moments when they hated each other? Definitely. But did each care about the other? Absolutely.

Chances are that you’ve come across Haymitch—”that guy”—once or twice in your life. He might be the kid nobody liked in class. He might be the really smelly guy in the metro. He could be the perpetually angry neighbor in the cubicle next to yours at work.

Whoever he is, give him a chance.

Frankly, you don’t know why a person might act rough or rude. Sure, they might seem angry around others, but you’re not there when they’re alone crying into their hands.

Haymitch might not seem like much at first, but as you get to know him, you come to understand that he’s actually worth a lot.