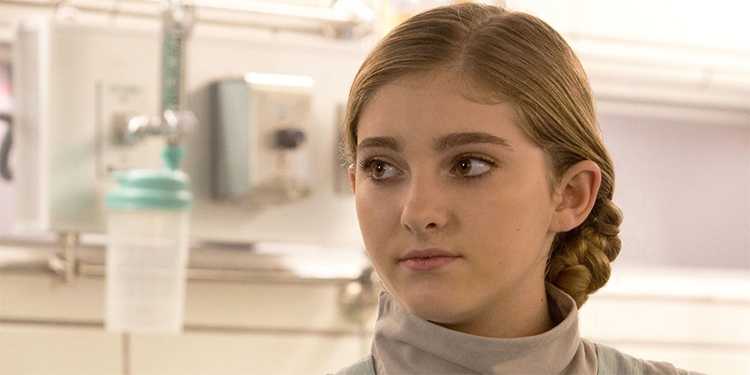 Primrose Everdeen. What else can be said about her, other than that the entire series hinges on her? She is the catalyst, with the announcement of her name on the day of the reaping setting in motion a chain of events which would change the world.

“When I wake up, the other side of my bed is cold. My fingers stretch out, seeking Prim’s warmth but finding only the rough canvas cover of the mattress. She must have had bad dreams and climbed in with out mother. Of course she did.
This is the day of the reaping.”

Primrose Everdeen. What else can be said about her, other than that the entire series hinges on her? She is the catalyst, with the announcement of her name on the day of the reaping setting in motion a chain of events which would change the world. The way I see it, she is, by far, the most important character in the trilogy.

Prim is the first character we know anything about, before we even know the name of the narrator. Within the first paragraph of the first book, it seems we already know enough about her as a fully developed character. In the middle of the night, afraid of what the next day might bring, Prim has snuck out of bed to find the comforts of her mother.

Things only get worse for little Prim, when Effie Trinket calls her name at the reaping, selecting her as the female tribute for District 12. That is, until her older sister volunteers to take her place. From that point on, everything has changed. Prim watches her sister defy the Capitol in the Games. She watches the world turn to a new day which sees her sister come home alive, but with the footsteps of President Snow following every move she makes. She adapts to live her life in District 12, where an unseen thunderstorn now rages overhead. She sees her home overrun with Peacekeepers. She watches the Hub go down in flames. Every day, she hopes and prays that the consequences that spiralled from her not being a tribute will end soon, but she knows that they will not.

As time goes on, and her life grows in danger, we see as Prim goes from a young girl who is afraid of her name being called, to a girl who joins her sister in taking a stand against the Capitol. She trains to become a doctor, because she wants to do what she can to help people, and goes above and beyond to help those injured in District 13.

Were it not for Primrose Everdeen, would Panem have seen any difference? Had Effie Trinket not spoken the words Primrose Everdeen, Katniss would never have ended up in the Games. If by some unfortunate luck she had, would she still have chosen to help Rue like she did? Would Katniss have seen her sister in Rue as much, had she not gone to the Games specifically to keep her sister from going? Would she have taken her first major stand against the Capitol when Rue died? It’s difficult to speculate on these things, but it’s easy to know that everything, absolutely everything, that happens in the series, was a direct result of Katniss’s ultimate desire; to keep her sister safe.

Because we know that, in the end, everything that happened was for her.