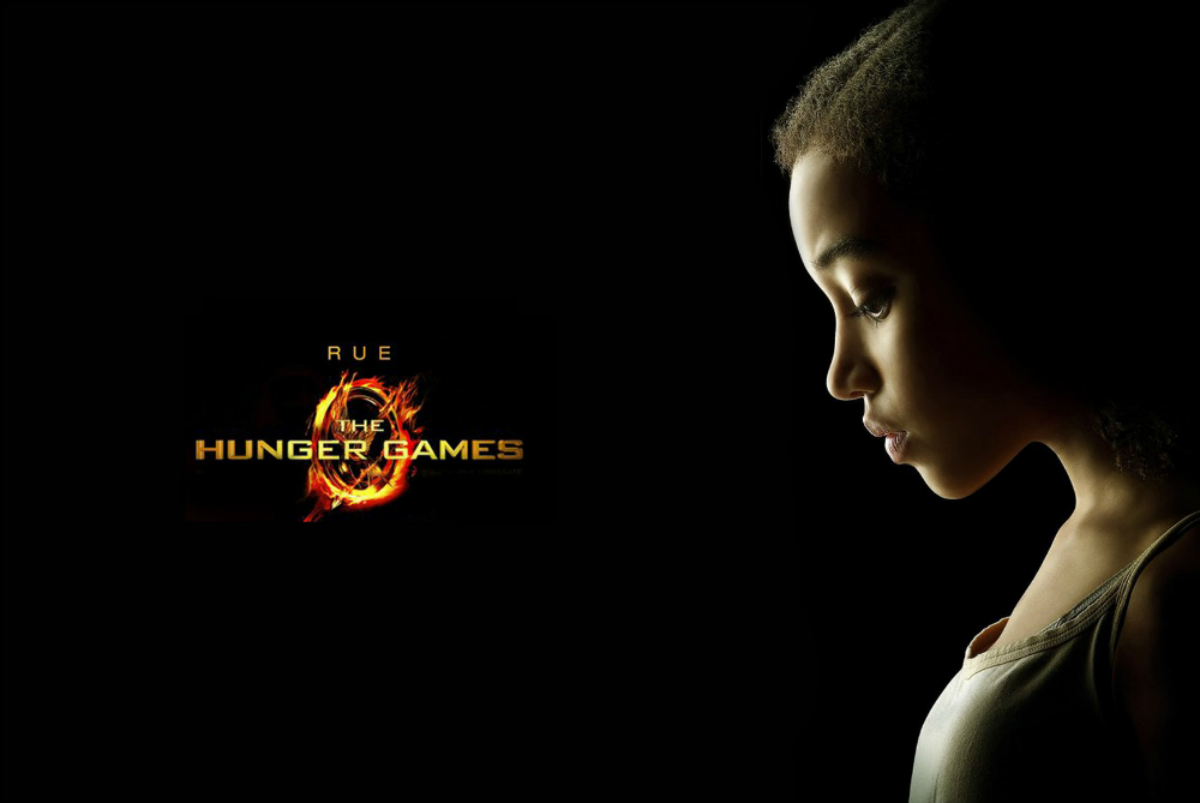 Rue is one of the most memorable characters from The Hunger Games. She was little but that didn’t stop her from fighting to win, “I’m very hard to catch.. And if they can’t catch me, they can’t kill me. So don’t count me out.”

Let’s talk about one of the most memorable characters in The Hunger Games, Rue. Rue was the 12-year-old girl from District 11 who competed against Katniss in her first games. She was little but that didn’t stop her from fighting to win, “I’m very hard to catch.. And if they can’t catch me, they can’t kill me. So don’t count me out.”

When we are first introduced to Rue instantly I felt like she was going to be the innocent one in the games. She was only 12 years old, and there was a part of me that felt protective of her even when I didn’t know much about her. It was hard to see any good reason behind forcing someone so young to compete in these games, let alone why they even exist in the first place. So, I think that her character was there to remind us of how horrible this kind of life really was.

There were a lot of special things about Rue, my favorite was the goodness she brought out in Katniss. We saw their friendship bloom from Katniss being a mentor to becoming allies to true friends. I loved seeing their friendship grow. I was so happy when Rue helped Katniss out in the games, and even happier when they became allies. This helped remind us that these are actual humans participating in these games, and this should not be happening in the world for pure entertainment.

Rue’s death was a turning point in the story. I cry every time I go back and read the book or watch the movie, it was incredibly heartbreaking. Who can forget that last conversation between Katniss and Rue, “You have to win Katniss.” “I’ll win for the both of us.”

Honestly, I never saw her death coming the first time I read the books. It was everything we needed it to be though, it brought the heartache and the anger. It inspired change, and it inspired Katniss to finally fight against the Capitol. Rue helped us root for Katniss even more, her character alone let us root for change, and her death helped us hope for a better world.

Katniss said it best for all of us, “But I feel as if I did know Rue, and she’ll always be with me. Everything beautiful brings her to mind. I see her in the yellow flowers that grow in the meadow by my house. I see her in the mocking jays that sing in the trees. But most of all, I see her in my sister, Prim.”

I loved Rue in both the books and movies, because she was a huge part of the light in the story. She was the hope that something could and should be done to stop the Capitol. Even though her death was heartbreaking, it brought everyone together. It gave Katniss the strength she didn’t know she truly had to change the world. Rue helped others find that same strength to trust in Katniss, change themselves, and to fight back. So thank you Rue, you’ll forever be in our hearts.