Hagrid: Harry Potter and the Case of the Missing Groundskeeper 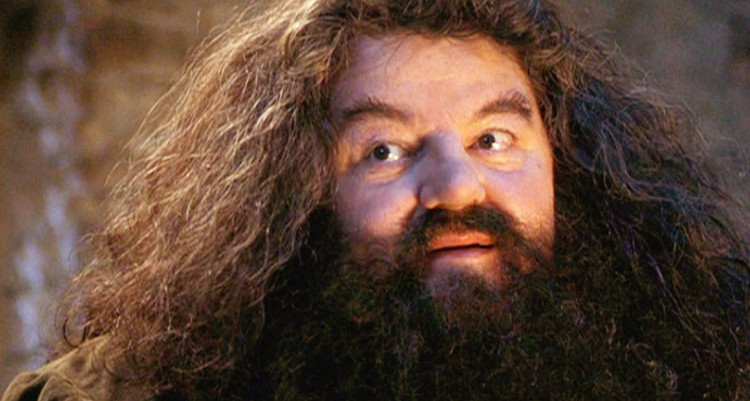 Hagrid is suspiciously missing from Harry Potter and the Cursed Child and I want asnwers.

Warning: Harry Potter and the Cursed Child spoilers throughout.

At the end of July, JK Rowling’s Wizarding World expanded with the release of Harry Potter and the Cursed Child, the script of the stage play of the same name. Reaction to the book was mixed, to say the least, with a lot of fans disappointed by this ‘eighth’ Harry Potter story’s seeming ignorance of the original books. Characters felt uncomfortably different to how they were in the original series, and though it may just be likely that the characters — who ended the series in their late teens — have changed as they grew up, people weren’t happy to think that how they are in Cursed Child is the ‘new’ canon. More importantly to me, though, is the one thing which has stuck out to me since I finished reading… Where is Hagrid?

Read our review of Harry Potter and the Cursed Child here!

Hagrid was one of the most important characters in the Harry Potter series, the one man who JK Rowling knew was never going to die, and someone who acts as one of Harry’s predominant father figures. But he’s suspiciously absent from the ‘present day’ narrative of Harry Potter and the Cursed Child. Why?

For all of the times that Hagrid was there for Harry through Philosopher’s Stone to Deathly Hallows, why is he not there for Albus? Why does Harry seemingly go to everyone but Hagrid for help? To me, it would have been the first thing I’d expect Harry to do; send a message to Hagrid before Albus ever arrived at Hogwarts for his first year, mentioning that Albus was nervous, struggling with the thought that he might be sorted into Slytherin.

And when Albus ultimately was sorted into Slytherin, you’d think that Hagrid would take the initiative and reach out to Albus himself.

But he doesn’t. As far as I can tell, there’s something suspicious going on with Hagrid. I want to know what.

It’s important to note that Hagrid does appear in Cursed Child. But of his two brief appearances, one is in a dream, the other is in the past. While his second, and most memorable scene, is one of the best in the play — he appears in Godric’s Hollow on the night of James and Lily’s death to take Harry away — it’s not enough for me. JK Rowling is hiding something from us. As I mentioned in a recent podcast, Rowling said that Harry’s story is over. She didn’t say that Hagrid’s is.

The way I see it, there are four possible scenarios which could have happened, leading to Hagrid’s lack-of-a-place in Harry Potter and the Cursed Child.

1: He has retired, married, and left the country.

I want to think that this is what happened. After everything that Hagrid had to go through — from being expelled, to fighting in both Wizarding Wars, to James and Lily’s death, to having to watch Harry almost die at the end of every school year — I’d like to think that he and Madam Maxime rekindled their relationship and settled down. Maybe Hagrid moved to France to be with her; maybe he became the groundskeeper at Beauxbatons, wouldn’t that be nice?

The only flaw in this theory is that JK Rowling revealed in 2007 that Hagrid never did get married. But now that everything is changing, including the canon in some ways, I’m going to hold onto the hope that maybe she changed her mind and gave Hagrid a well deserved Happily Ever After.

2: He was allowed to return to Hogwarts as a student after McGonagall became headmaster, and now has a better job away from Hogwarts.

This sort of goes along with the previous point. Perhaps, at the end of the Second Wizarding War, newly promoted Headmistress Minerva McGonagall allowed Rubeus Hagrid to return to Hogwarts as a student as thanks for his effort in the war. I like the thought of Hagrid sitting in Charms class, living through the lessons that the trio did in their first year, or exploding a cauldron in Potions.

Upon graduating Hogwarts, maybe he decided to take his new skills into the world and got to experience things that he never could as Keeper of Keys and Grounds — or Care of Magical Creatures professor — at Hogwarts. Maybe this is how he and Maxime reconnected and went on to live their idyllic life in the French countryside.

Moving swiftly to a more sombre theory, maybe he’s dead. We know for a fact that he’s alive at the beginning of Cursed Child; in the epilogue of Deathly Hallows, Harry mentions to Albus, “Don’t forget Hagrid’s invited you to tea next Friday.” Suspiciously, this line doesn’t appear in the Cursed Child script, and we never see Albus have that tea with Hagrid. What if at some point off-page, he dies? What if he dies before he ever meets Albus for tea? It might be reasonable that Albus and Scorpius would never mention it; as is clear, they’ve never met him and would have no reason to care if he had died. And in the middle of things, Harry is too busy worrying about his son and the convenient return of his scar hurting to notice that Hagrid is gone. It’s a terrible thought. I hope that’s not what happened.

4. In the final trip to the past, something happened which meant Hagrid has gone on to live a completely different life.

Travelling to the past was enough to erase Rose Granger-Weasley from existence and turn Cedric Diggory into a Death Eater, so maybe it’s a possibility. Maybe someone accidentally stepped on a magical bug in Godric’s Hollow when the team returned to stop Delphi in 1981, and when Hagrid tried to care of it, he was poisoned and died. Or maybe Hagrid found a really old knut which he sold off and became rich and famous, leaving his post at Hogwarts before Harry ever arrived. Harry would never have grown up with Hagrid as a father figure, so he wouldn’t ever have a reason to go to him to help Albus. It makes sense. It makes devasting sense.

As far as I’m concerned, one of these four scenarios is what happened to Hagrid between Deathly Hallows and Cursed Child. What do you think? Which of these four seems most likely, or do you have any other theories? Let me know in the comments, and let me know if you think that Hagrid could have sorted everyone’s problems in Harry Potter and the Cursed Child.