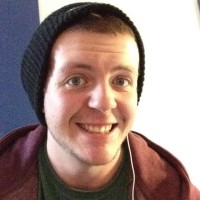 Veronica Roth scheduled to release first book series for adults! (and other authors who’ve ventured from YA to Adult)

Amandla Stenberg of ‘The Hunger Games’ and ‘Everything, Everything’ will once again feature in a YA book-to-movie adaptation, this time leading the cast of the hugely popular ‘The Darkest Minds’.!

Last night, The Hollywood Reporter broke the news that Amandla Stenberg has been cast in the lead role in the upcoming movie adaptation of the highly popular novel, The Darkest Minds.

Stenberg has previously appeared as Rue in The Hunger Games and has recently begun filming for Everything, Everything — the adaptation of Nicola Yoon’s debut novel of the same name. The Darkest Minds will be her third venture into YA book-to-movie adaptations, and a return to the dystopian genre.

It was announced in 2014 that Chad Hodge was tapped to adapt Alexandra Bracken’s The Darkest Minds, while earlier this summer Jennifer Yuh Nelson (Kung Fu Panda) was announced as the director.

The Darkest Minds trilogy is set in the years following a pandemic which kills most of America’s children and teenagers, while the remaining are left with supernatural abilities. These surviving children are forced into internment camps after being deemed too dangerous for society. The first book follows Ruby Daly, a sixteen-year-old with telepathic powers, as she finds an escape from Thurmond — one of the country’s most dangerous internment camps — and joins three other kids like her as they run from the government in a minivan affectionately known as ‘Black Betty’.

The trilogy, which concluded in 2014 with In The Afterlight has become hugely popular within the YA community, with the second (Never Fade) and third books both becoming New York Times bestsellers.

Have you read The Darkest Minds? What are your thoughts on the casting of Ruby?