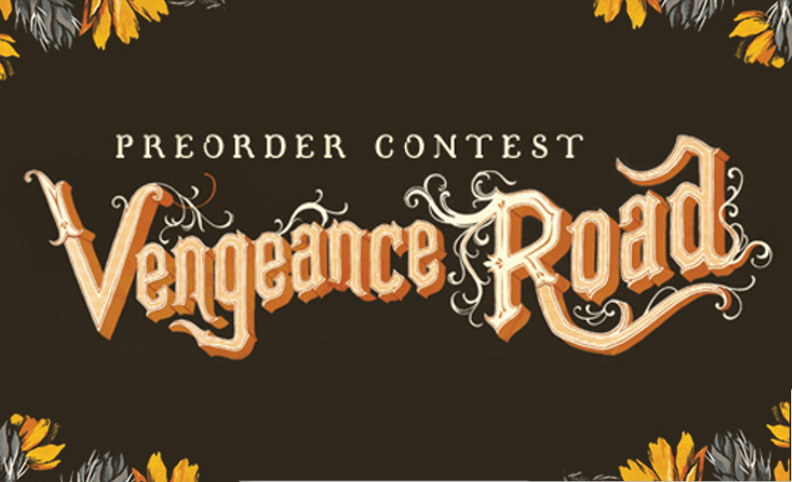 With less than two months to go until the release of upcoming YA Western, VENGEANCE ROAD, find out about the massive pre-order contest that author Erin Bowman is currently running!

With less than two months to go now until the release of YA Western standalone novel VENGEANCE ROAD by Erin Bowman, author of the Taken trilogy, hype is quickly beginning to grow. The novel was recently given a starred review from Publishers Weekly, and has been given high praise by a plethora of bestselling authors, including Alexandra Bracken (The Darkest Minds) and Susan Dennard (Something Strange and Deadly).

Set in 1877 and inspired by the tale of the Lost Dutchman, the novel centres around Kate Thompson, a girl who disguises herself as a boy and takes to the gritty plains to get revenge on the men who killed her father, and find answers as to what they killed him for. As a member of the street team for the novel, the Vengeance Road Posse, I’ve been lucky enough to read the opening few chapters of the book and I can guarantee that this book filled with cowboys, mystery, gold, and a kick-butt lead character. VENGEANCE ROAD is an explosive novel that you’re not going to want to miss.

So I’m happy to share the exciting news about pre-ordering the book… With only two months to go, author Erin Bowman has started running a pre-order contest on her blog! While stocks last, EVERY SINGLE PERSON who pre-orders the book will receive a free swag pack including a VENGEANCE ROAD bookmark, signed bookplate, and two VENGEANCE ROAD stickers. After the contest closes, ten entrants will be selected at random to receive a limited edition signed VENGEANCE ROAD poster, and one lucky winner will receive a massive selection of goodies including a bundle of Erin’s favorite YA Western novels, movies, a t-shirt, and more!

To enter, head over to Erin’s blog, fill in the form at the bottom, and voila!, you are in!