Is a Percy Jackson TV show coming to Disney Plus? 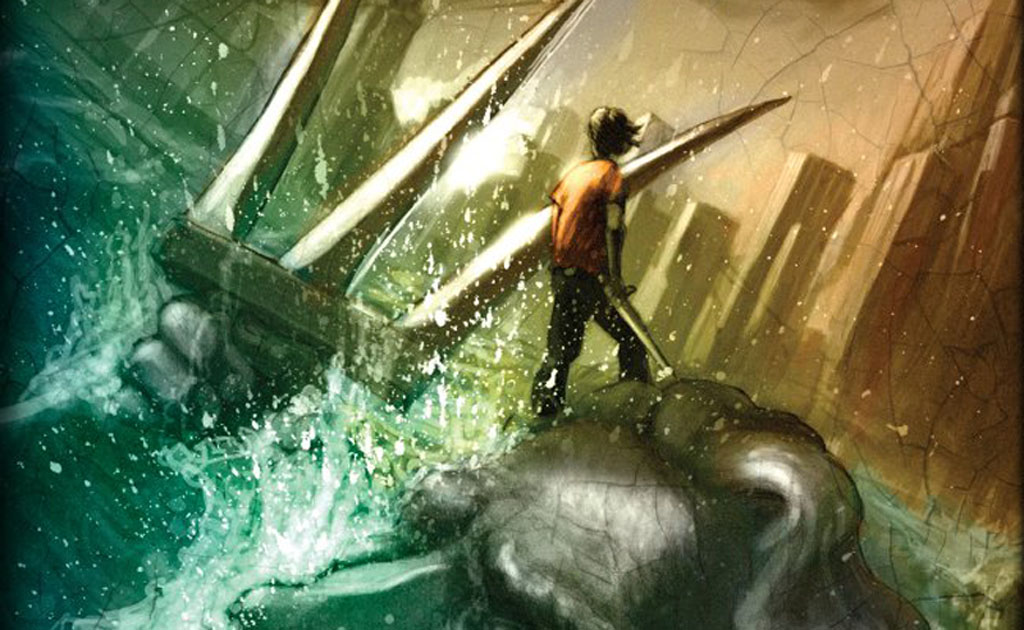 Artwork from the cover of 'The Lightning Thief' by Rick Riordan. (Disney Publishing)

Author Rick Riordan confirmed that he’s in talks with the “powers-that-be.”

A news report suggesting a Percy Jackson TV show is in the works caused a lot of commotion Tuesday night.

We Got This Covered reported on Tuesday that a Percy Jackson “reboot” was in the works for Disney’s new streaming service, Disney Plus. According to their report, the first season would follow the first Percy Jackson novel, The Lightning Thief and that it would be “much more faithful” to the source material.

From We Got This Covered‘s report:

In particular, we’re told that the leads will be more age-appropriate, with 12-year-old teens expected to be cast as Percy and his pals, Annabeth and Grover. The studio is likely to opt for unknown young actors, too. This marks a change from the films, in which Logan Lerman played the title role. He was already 18 when the first movie released and co-star Alexandra Daddario was even older at 23.

Fans responded in force to show their support on social media. By Tuesday night, #DisneyAdaptPercyJackson was trending at the number one spot on Twitter’s worldwide charts, according to the Percy Jackson Musical. Even authors like Christopher Paolini joined in on the fun.

And if there was any doubt about We Got This Covered’s report, Rick Riordan confirmed that he was in talks with the “powers-that-be” to make the show happen. While Riordan didn’t name Disney, he did use the #DisneyAdaptPercyJackson hashtag in his tweet.

“Thank you, guys, for getting this trending with no prompting,” the author said in his tweet. “I have nothing to announce on this front yet, but I am in LA right now, trying hard to convince the powers-that-be that this needs to happen for you, the fans. Your enthusiasm online helps!”

Should Disney announce a Percy Jackson TV show, it wouldn’t be the first time Riordan’s iconic character graced the screen. Two movies based on the first two Percy Jackson novels were made in 2010 and 2013, though they were met with poor reception from critics, fans and even Riordan.

What do you want in a Percy Jackson TV show?