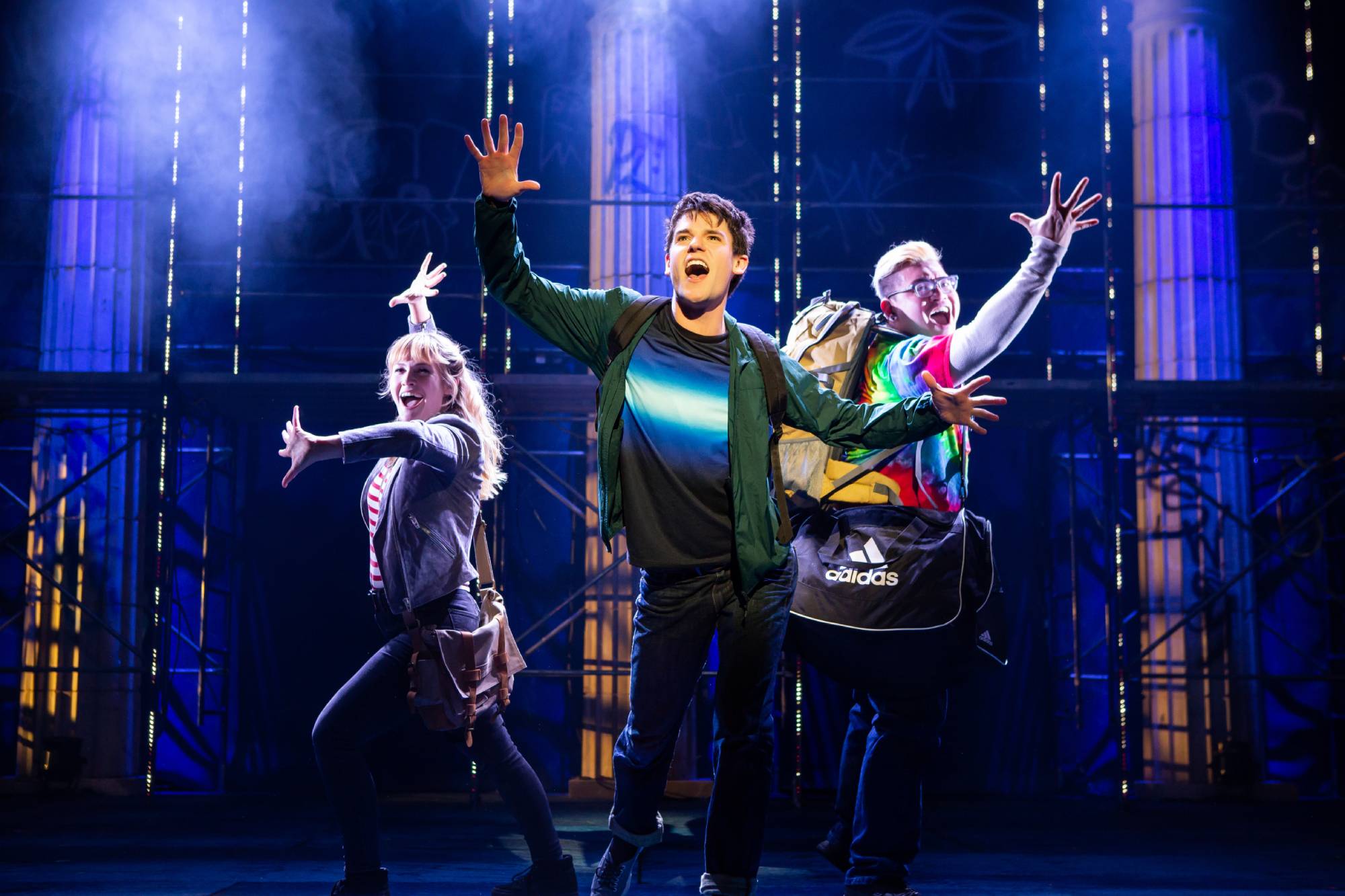 Kristin Stokes, Chris McCarrell and Jorrel Javier are Annabeth, Percy and Grover in 'The Lightning Thief.' (Photo by Jeremy Daniel)

This is really really good news for demigods who never got to experience the show.

If you didn’t catch the Percy Jackson musical before it closed on Broadway, not all hope is lost.

Back in 2017, the musical based on Rick Riordan’s The Lightning Thief came to off-Broadway. The musical eased a lot of fans’ minds about whether or not the series could ever get a good adaptation following the train wreck of the movies and before the announcement of the Disney Plus series. In 2019, the show went on a national tour and had a limited run on Broadway in the fall of the same year.

On Tuesday, the stage licensing rights to the Percy Jackson musical were acquired by Concord Theatricals, according to Playbill. That means the show is now available to professional and amateur theatres.

“We’re delighted to continue to represent Joe, Rob, and TheaterWorksUSA with this imaginative musical adaptation of Rick Riordan’s modern classic,” Sean Patrick Flahaven, chief theatricals executive for Concord, stated for Playbill. “This show has delighted audiences on and off Broadway and across North America, and we’re looking forward to helping demigods create their own camps around the world.”

This is definitely good news for fans who were never able to reach Broadway — doubly good considering the show is actually a proper representation of the Percy Jackson series. Yes, the show did already go on tour (so demigods outside of New York were certainly able to enjoy the production), but by making the rights widely available, the show can continue to live on and reach areas it might not have been able to reach before.

Are you excited that a theatre might bring this show to you?