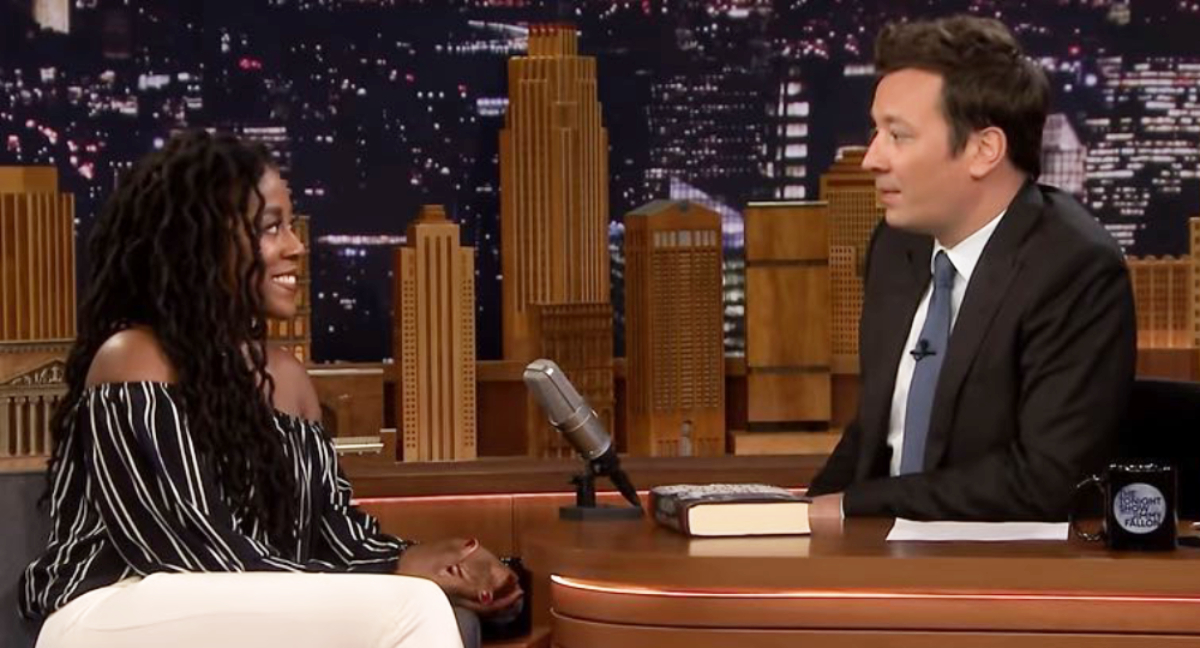 'Children of Blood and Bone' author Tomi Adeyemi makes an appearance on 'The Tonight Show With Jimmy Fallon.' (NBC)

Tomi Adeyemi’s book is about to blow up even more.

Children of Blood and Bone is unstoppable!

Jimmy Fallon is launching a summer book club and those who participate will read Tomi Adeyemi’s bestselling debut — and YA’s latest blockbuster series — Children of Blood and Bone.

Fallon announced he would launch the Tonight Show Summer Reads book club last week and proposed five novels to kick off the summer series. Audience members voted on the books, and Adeyemi’s novel was by far the most popular choice, totalling at 65,000 votes of the 120,000+ votes cast. It beat out The Good Son by You-Jeong Jeong, The Immortalists by Chloe Benjamin, Providence by Caroline Kepnes and  IQ23 by Joe Ide.

Adeyemi took to Twitter to express her thanks to those who voted.

She also posted this gem:

Fallon said he plans to read the book over the next few weeks and encouraged his audience to follow along via the Tonight Show Instagram and Facebook pages. Readers can also jump into book club discussions using the hashtag #TonightShowSummerReads.

The Tonight Show and the book’s publisher Macmillan will also donate 3,000 copies of Blood and Bone to those in need through nonprofit First Book.