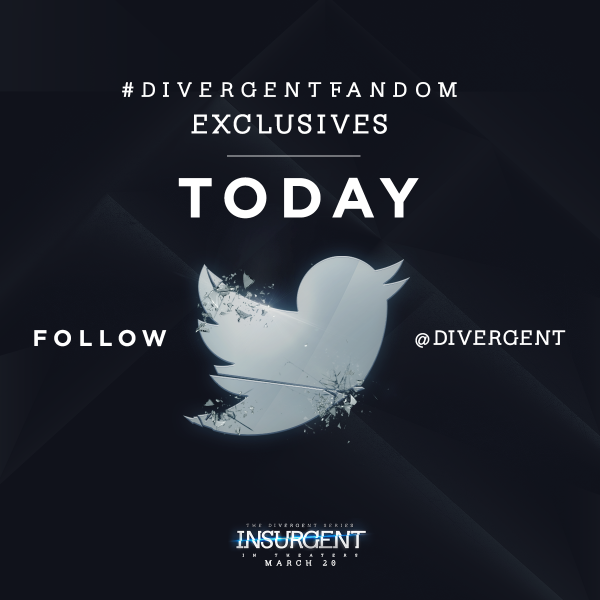 Today is the day, we have the first still Coming from @divergent_fans Natalie Prior!! Subscribe to Bookstacked News. YA Book Reviews. Upcoming Releases. Monthly giveaways. Weekly. Free. Let’s do this. By subscribing, you accept the privacy policy Hey @Divergent fans! We have an exclusive look at @AshleyJudd as Natalie Prior in this BRAND NEW #Insurgent […]

Today is the day, we have the first still

Hey @Divergent fans! We have an exclusive look at @AshleyJudd as Natalie Prior in this BRAND NEW #Insurgent pic! pic.twitter.com/bnZfBbi1QS

There’s so much more to come!, stay tune, we will update this post as they come out!

We are so very excited to release this exclusive image of @Miles_Teller aka Peter in #Insurgent! @Divergent pic.twitter.com/gVTtwlWzBh

The next one is from @ScreenReels..Johanna!!

Check out our fansite EXCLUSIVE pic of #RayStevenson as Marcus Eaton from #Insurgent! @Divergentpic.twitter.com/lwjjjl06Lh — The Fandom (@FandomNet) February 5, 2015

Max, brought to us by @DivergentNation

The door, the #Erudite supporter armbands, and @MekhiPhifer as Max, the #Dauntless leader we <4 to hate. #Insurgentpic.twitter.com/6MmYZ26Yl8

Next one is Marlene from @Iamdivergentcom

Here it is Initiates! @sukiwaterhouse makes an AMAZING #Marlene in our EXCLUSIVE image from #Insurgent! @Divergentpic.twitter.com/nIw3o9Pojo

Factionless leader Evelyn!  This is from @fangirlish

From @That’sNormal comes Edgar! We still don’t know what his role mean!! Ugh!

Hector is here!…@YAHollywood was the lucky one to revealed it

We’re so excited to release this exclusive still of #Insurgent‘s Hector played by @EmjayAnthony ! @Divergentpic.twitter.com/xvmoAxfDpw

The next one comes from @FANdemoniumNet, none other than Christina!

Who do you think the next one will be?

Eric is up next! He made his debut on @fyeahTheoJames, excuse us while we drool

And The last one is Caleb! He looks like a real bad guys in this picture, this is from @PagetoPremier

It was a really good Day to be a ‘Divergent’ fan! We were fangirling the whole day! It was hard to be at work and act Professional!

Just a little over a month…we can make it initiates!