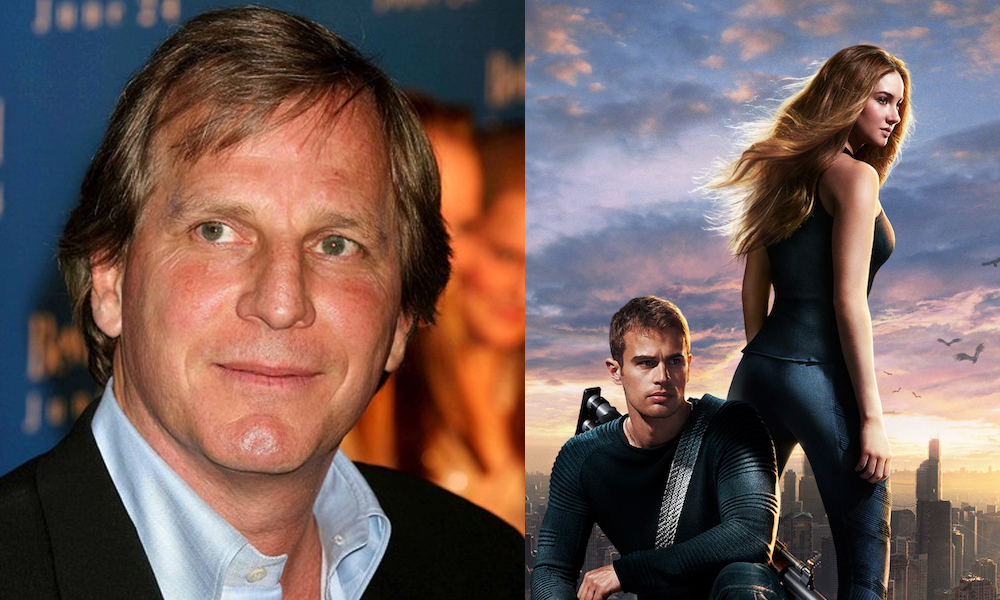 Moviefone released an incredible ‘Divergent’ exclusive today as part of ‘Divergent’ week! Producer Doug Wicks was kind enough to share with Moviefone his diary that highlights the casting of Tris and Four! It is an incredible read and I truly believe fans will LOVE it! Subscribe to Bookstacked News. YA Book Reviews. Upcoming Releases. Monthly […]

Producer Doug Wicks was kind enough to share with Moviefone his diary that highlights the casting of Tris and Four!

It is an incredible read and I truly believe fans will LOVE it!

As I was thinking about some of the challenges of turning “Divergent” into a movie, I went through my old emails and did a subject search on the word “Divergent” and rediscovered the following twists and turns.

December 2010
My partner, Lucy Fisher, and I received a manuscript called “Divergent” by someone named Veronica Roth. She was a first-time writer. As soon as Lucy and I read the book, we became entranced. At that point, however, the book was just “another” manuscript, and it was a long time before it became a publishing phenomenon. But Tris jumped off the pages and we badly wanted to tell her story.

March 2, 2011
We need a screenwriter to adapt Veronica’s amazing story. I write to several literary agents saying, “We are looking for a writer to adapt a book we just set up at Summit. It has a strong female lead, a cool, slightly futuristic world, and some really fun action.”

March 9, 2011
We choose 12 really talented writers to approach about “Divergent.” They will all read the manuscript over the weekend. If they are interested, they will come in next week and we will hear their takes.

April, 2011
We meet with several really smart writers; female, male, action writers, character writers, young writers, old writers, and have heard all their different ideas about how they would turn “Divergent” into a movie. It’s always a daunting task to take a 487 page book and turn it into a 120 page script. After several weeks of meetings, we decide on Evan Daugherty, who has recently written “Snow White and the Huntsman.” Evan came in with a sense of a structure for the movie. He referenced films like “Full Metal Jacket” and “Top Gun,” where the hero goes through intensive training to discover what they are made of. Then, their journey culminates in a life and death battle. The screenwriter will have to deliver all the rules of Veronica’s world without slowing down the drama. They have a lot of subplots to juggle and streamline. It’s an embarrassment of riches but still a big challenge.

June 11, 2011
The book “Divergent” has been out for a few weeks and is building a following. Evan Daugherty will soon deliver his outline. We will all work on the outline before he begins a draft.

December, 2011
The script is getting good but there is still a lot of work to do. I am in Australia shooting “The Great Gatsby.” It’s hard to schedule a phone call with Evan because of the 19 hour time difference. The script is too long and we are going to have to lose more scenes from the book. Something has to go. We try cutting the scene where Tris leaves Dauntless to visit Caleb at Erudite. By removing it, we undercut the whole subplot with Jeanine. The scene goes back in.

June, 2012
The studio is really happy with Evan’s script and wants to go out to directors. We begin the long process of trying to decide who will be the perfect filmmaker. They will have to be great at delivering well-observed emotions in the midst of action adventure. They will need to be great at world building: having to deliver a futuristic Chicago with a whole different sociology. They will have to deliver five very distinct ways of life. Each faction will have its own wardrobe, housing, and values. We meet with a lot of different and very talented directors. We listen to their ideas about how they would tell this compelling and very layered story. Neil Burger quickly becomes the first choice. He had been a painter at Yale. He is a good writer, so we knew he would be smart about the challenges of the adaptation. He is great with actors.

Now, with Neil involved, we quickly transition from the very theoretical world of development to the ultra real world of production. Hundreds of really talented men and women are hired to bring “Divergent” to life on the big screen. They will act the parts, build the sets, drive the actors to work. There will be stunt people to jump off moving trains, visual artists to figure out the computer effects — turbines on the side of buildings, drying up Lake Michigan. There will be hundreds of heads to groom, faces to powder, and temporary tattoos to design and render.

September 24, 2012
Shailene Woodley comes into our office for a meeting with Neil Burger and us. She completely derails our plans. We were just beginning to organize a nationwide search for Tris. We thought she would be very challenging to cast. She’s no ordinary action hero. She’s a real girl. We have to believe that, at the beginning of our story, Beatrice is not allowed to look in the mirror. We have to believe that this girl, raised in Abnegation, has the inner strength to become a warrior. There has to be something original about her. She needs a few drops of James Dean. She has to be unconventional, she has to be Divergent. Shailene starts the meeting by hugging each of us — that’s her regular hello. She mentions that she is going to spend the weekend doing some kind of urban survivalist training. She is going to be blindfolded, tied up, dropped in some part of the city, and she has to figure out how to escape and find her way home. By the end of the meeting, we know we had found the perfect Tris.

October 23, 2012
We screen-tested another promising candidate for the part of Four. We shoot the tests at the casting office and they are all with Shailene. We are meeting a whole generation of would-be male stars. The agents claim that they are the next Paul Newman, the next Steve McQueen. We have a real problem. Shai is blowing them off the screen. She has real power and they seem weak next to her. After Tris, this is the most essential piece of casting in the movie. Four has to have mystery. He has to have charisma. He has to be old-fashioned manly or the story’s not going to work.

November 14, 2012
I write to Veronica Roth to address a press leak that says we have cast the part of Four. It’s not true. I gave her an update on our leading candidates. One actor had “pretty good chemistry with Shai.” Another guy is “a real Australian hunk with a perfect American accent, but he looks old standing next to her.” And all these actors were about to get big leads in other movies. They just weren’t Four.

January 27, 2012
Theo James does a chemistry test with Shailene. We didn’t know much about him, just his one memorable appearance on “Downton Abbey.” He is doing the same scene with Shai that she’s done with dozens of other actors. But Shai always plays it full out. Theo is smart, observant, and incredibly handsome. He has a wryness, a sense of humor. It adds a layer to all the scenes. He plays off Shai’s power. He has plenty of his own intensity. They are electric together. Even when Theo’s quiet, you wonder what he’s thinking about. He’s got that movie star thing… Just in the nick of time, I think we have our Four.

And so it begins…

Special thanks to Moviefone and the fantastic Doug Wicks for this behind the scenes look at the casting for “Divergent.”