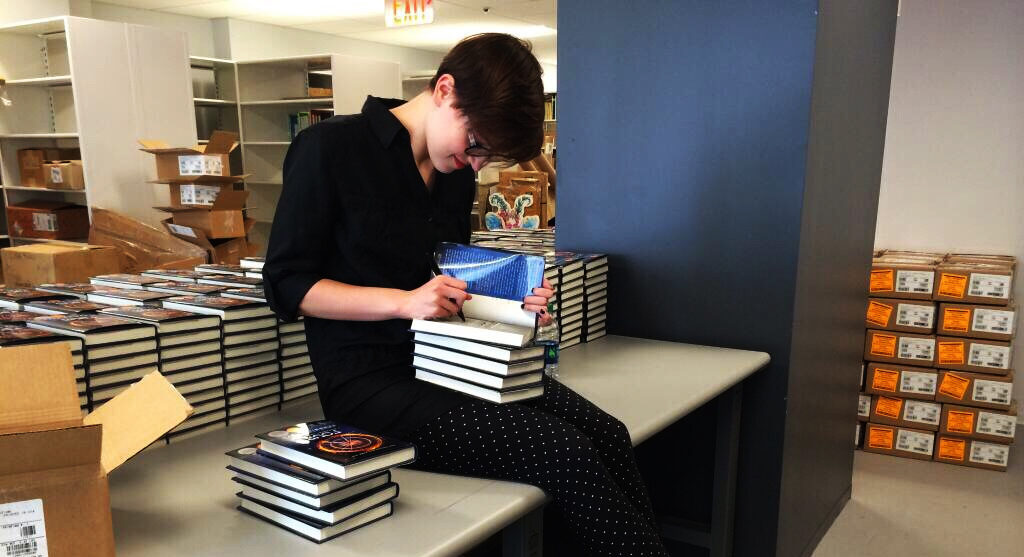 With the release of ‘Four’ we’ve getting  new interviews and Q&A with VR!  This time, it was a Q&A in Goodreads.  She answered questions regarding ‘Four’, ‘Allegiant’ and tips for aspiring writers.  She’s always good with her fans! Here are some of the questions she answered, some of them with spoilers: “When you had everyone’s favorite characters […]

With the release of ‘Four’ we’ve getting  new interviews and Q&A with VR!  This time, it was a Q&A in Goodreads.  She answered questions regarding ‘Four’, ‘Allegiant’ and tips for aspiring writers.  She’s always good with her fans!

Here are some of the questions she answered, some of them with spoilers:

“When you had everyone’s favorite characters (Tori, Uriah, Tris, etc.) die in the books, did you feel sad? Or did you laugh and have tea with Satan?”

As a writer, you can’t be afraid to let bad things happen to characters—that’s how stories move forward, that’s where character transformation and growth comes from, that’s how you keep your word, in a sense (so if I tell you that dystopian Chicago is in fact dystopian—inherently flawed and dangerous—and then I don’t let any real harm come to anyone in the story, I’m not really telling the truth, am I?). If anything, this is something I learned from Harry Potter—if there had been no loss, we would have had no impression of the depth and scope of Voldemort’s evil, and Harry’s fight would have been far less significant or important to us. His struggle derives much of its power from its utter necessity, and we feel that necessity because we cared about the people he lost. I have never once laughed at the loss of a character, not even the antagonists, though I have certainly cried, but ultimately I have to do what I think is best for the story.

“How do you deal with all the negative comments from fans over the way you ended your book?”

As for the negative comments, I believe that negative feedback, like many challenges and struggles in life, is essential for growth. I respect it, I consider it carefully, I let it shape my development as a writer, and then I get back to work.

“What character in any book/film has broken your heart the most?”

What breaks my heart the most is not losing a character but seeing them alive and irreparably damaged in some significant way—it’s not a book I’m terribly passionate about, but the end of Ethan Frome is a good example of this. It would have been much better if the two lovers had died rather than survived to be so miserable and full of resentment toward each other, because the warping of what makes the character beloved is far more difficult for me to endure than losing them altogether. Some more recent examples are Peeta, in Mockingjay, after he’s rescued from the Capitol, or that thing that I won’t spoil that happens to a beloved character at the end of Siege and Storm by Leigh Bardugo, or—and this one was really hard for me emotionally—the ending of the show Twin Peaks, because Agent Cooper is one of the characters I love the most in all of television. I’m still not over it.

You can read the whole interview in Goodreads.