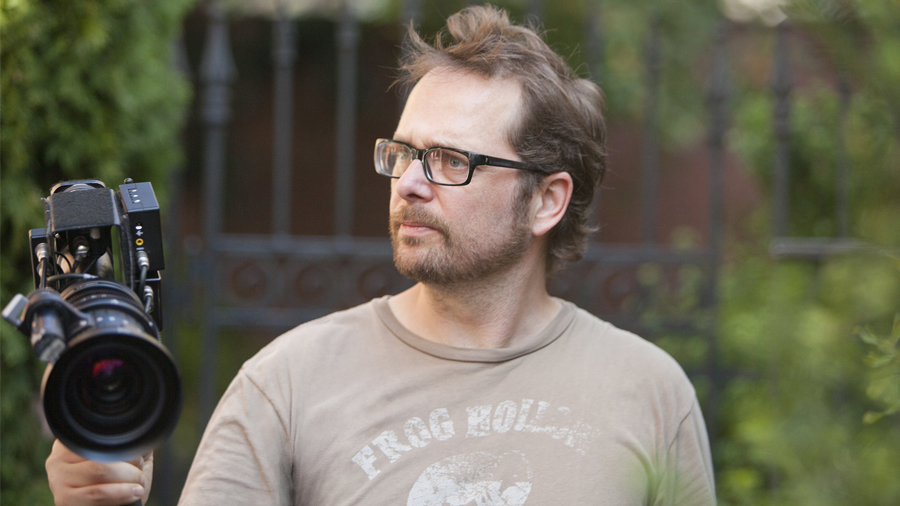 Robert Schwentke, known for directing films like ‘The Time Traveler’s Wife’ (2009) and ‘Red’ (2010) as been signed on to direct the second film in the Divergent series, ‘Insurgent.’ Variety is reporting that Lionsgate is passing the torch onto Schwentke after recent revelations that Neil Burger will not be returning to direct. Production for the […]

Robert Schwentke, known for directing films like ‘The Time Traveler’s Wife’ (2009) and ‘Red’ (2010) as been signed on to direct the second film in the Divergent series, ‘Insurgent.’

Variety is reporting that Lionsgate is passing the torch onto Schwentke after recent revelations that Neil Burger will not be returning to direct. Production for the film is scheduled to begin in May. We’ll certainly let you know more about this development as news breaks!

Robert Schwentke will direct Summit Entertainment’s INSURGENT, the sequel to the studio’s futuristic adventure DIVERGENT based on author Veronica Roth’s New York Times best seller series. The film will be directed from a script currently being written by Akiva Goldsman from a draft initially written by Brian Duffield. Douglas Wick and Lucy Fisher will produce the film via their Red Wagon Entertainment banner along with Pouya Shahbazian. Todd Lieberman and David Hoberman will executive produce the movie via their Mandeville Films banner along with Barry Waldman. INSURGENT, which is scheduled for release on March 20, 2015, will be filmed in Atlanta, GA and Chicago, IL. The third film in the series, ALLEGIANT, is slated for release on March 18, 2016. Summit is a LIONSGATE company.

In the thrilling sequel to DIVERGENT, INSURGENT continues the journey of Tris Prior (Shailene Woodley) as war now looms. Sides will be chosen, secrets will emerge, and to uncover the truth about her world, Tris must be stronger than ever because shocking choices and sacrifices lie ahead.

Erik Feig, Lionsgate Motion Picture Group’s President of Production, said, “We are excited to announce that we have found the perfect director to carry on the story of Tris Prior and the expanded world of INSURGENT in Robert Schwentke. Robert, with whom we have already had a successful relationship, has proven a master storyteller in multiple genres and we can’t wait to see what he brings to Veronica Roth’s next installment of the DIVERGENT series. As well, we are very happy to welcome Todd Lieberman and David Hoberman to the team as executive producers.”

The extremely popular novel “Divergent” was written by first time author Veronica Roth and has topped The New York Times Best Sellers list ever since being published in April of 2011 by Katherine Tegen Books/HarperCollins Publishers. The book was written by Roth while she was earning her undergraduate degree at Northwestern University. She followed her first novel with the book “Insurgent,” which has also made its way to the #1 position on New York Times Best Sellers lists, and most recently released “Allegiant” which sold 455,000 copies on its first day of sales breaking a company record for HarperCollins. The novels in the Divergent trilogy were the top three books on USA Today’s best-seller list in 2013. The studio acquired the film rights to the book series in early 2011, several months before the first novel was published.

Initiates, what do you think?

Related articles across the web