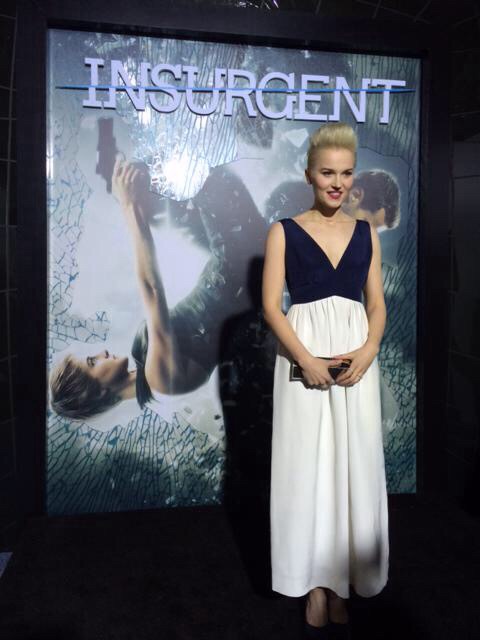 Veronica Roth sat down with NylonMag and discuss the chemistry inside Tris and Four’s relationship.

First, she talked about how the relationship started, and how important it was for they to be friends first:

I’ve always thought of Tris and Four’s relationship as a strong friendship first and foremost—not necessarily a once-in-a-lifetime romance. When you conceive of romantic relationships as friendships, at their core, you and your partner are able to bear up under difficulty in a way that you can’t if what you really want is swooning romance all the time. The strongest real-life relationships I’ve seen are between people who respect each other, have inside jokes, and know how to fight without fangs. Friends, in other words. It’s not about soul mates or fated lovers, not for me, and not for Tris and Four.

Also, about their vulnerability that comes from been in a relationship:

It’s in the realm of vulnerability that both Tris and Four face their toughest challenges. For Tris, the difficulty is with physical intimacy. It manifests in her “fear landscape”—her “exposure therapy”-esque encounters with her own deepest fears—because her exposure to it was so limited, growing up in Abnegation. She describes the rarity of seeing her parents touch, and as a result, intimacy has become this foreign, almost forbidden thing. Her body, too, is something she was never encouraged to look at or care for, so this contributes to her insecurity. Her fear of intimacy was also a way to expose the flaws of Abnegation—not only does that faction suppress the individual, but they also condition their members to disregard their own desires and drives, be they physical, emotional, or sexual.

She also talked about their physical relationship…

In the past, I’ve spoken clumsily of avoiding explicit descriptions of sex on the page, but really I just try to pay attention to what feels gratuitous, and what doesn’t. That will probably change with each book I write—in the future, I might get a little more concrete. But for Tris and Four, it was enough that in the third book, when she undresses, he calls her body beautiful—and she believes him. The fear, overcome, and her choice to be with him, made free of fear.

The strength they bring out in each other:

And that was the goal, the most important goal of mine—to ensure that one character’s strength didn’t come at the expense of the other’s. Certainly they each have stronger and weaker moments, but neither of them ever has to mess up to prove the other is capable. They are both capable.

This was particularly important to me because there is still a lot of pressure for young women—less now than there used to be, to be sure, but still, it persists—to act less intelligent or weaker than they actually are in order not to threaten men. But that’s bullshit. Truly strong people don’t need others to be “less” to make themselves “more.” They just lift each other up.

What did you think? It brings some new light into their relationship.

Insurgent is on theaters right now!