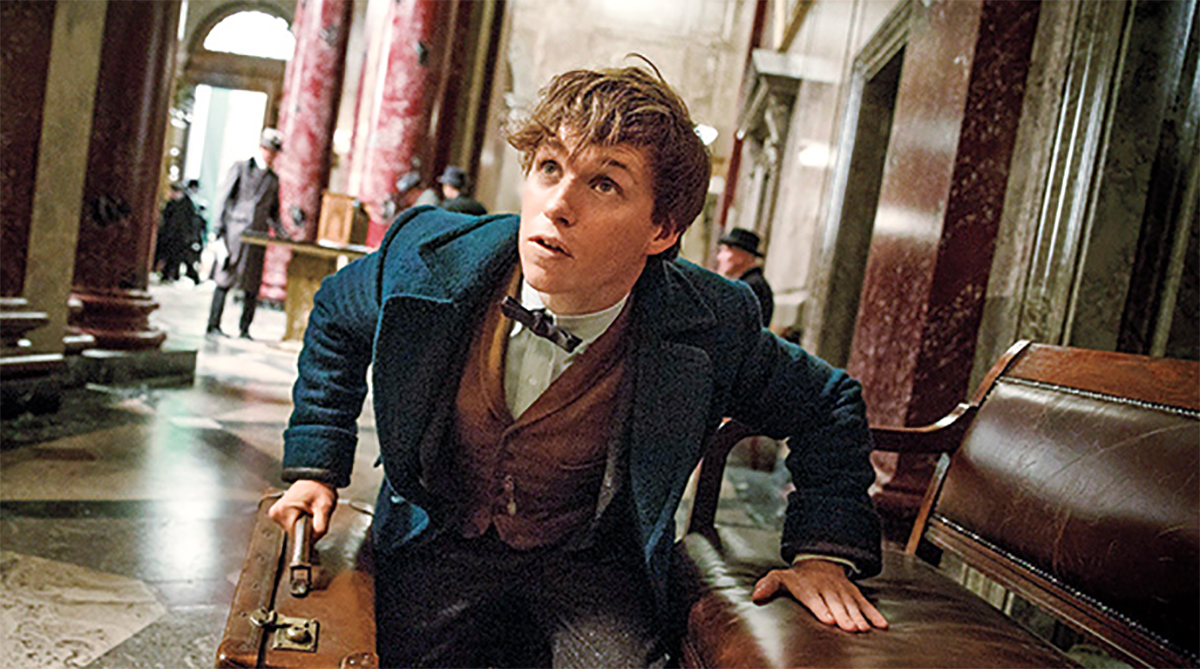 J.K. Rowling has revealed the American word for “Muggle”!

Earlier this morning Entertainment Weekly unveiled our first look of Eddie Redmayne as New Scamander in J.K. Rowling’s upcoming film, ‘Fantastic Beasts and Where to Find Them’. They’ve now released a collection of photos from the set of the movie.

A full set report is expected to be published by EW this Friday. The report is said to reveal details about the plot of the film as well as some new tidbits about the American wizarding world. What we know thus far is that Newt Scamander’s journey will be taking place in New York City about 70 years before the story of Harry Potter. This morning we learned that America’s equivalent of the Ministry of Magic is called the Magical Congress of the United States of America (MACUSA).

In shifting the franchise away from the U.K., author J.K. Rowling — who also wrote the movie’s screenplay — is poised to introduce several new words into the Potterverse lexicon, and the most significant might be what Stateside wizards say instead of Muggle: “No-Maj” (pronounced “no madge,” as in “no magic”).

Read the rest of the article at Entertainment Weekly.

That’s going to take some getting used to.

‘Fantastic Beasts and Where to Find Them’ will hit theaters November 18, 2016.

What do you think of these new ‘Fantastic Beasts’ developments?

Related:
Eddie Redmayne • Fantastic Beasts and Where to Find Them • J.K. Rowling • No-Maj