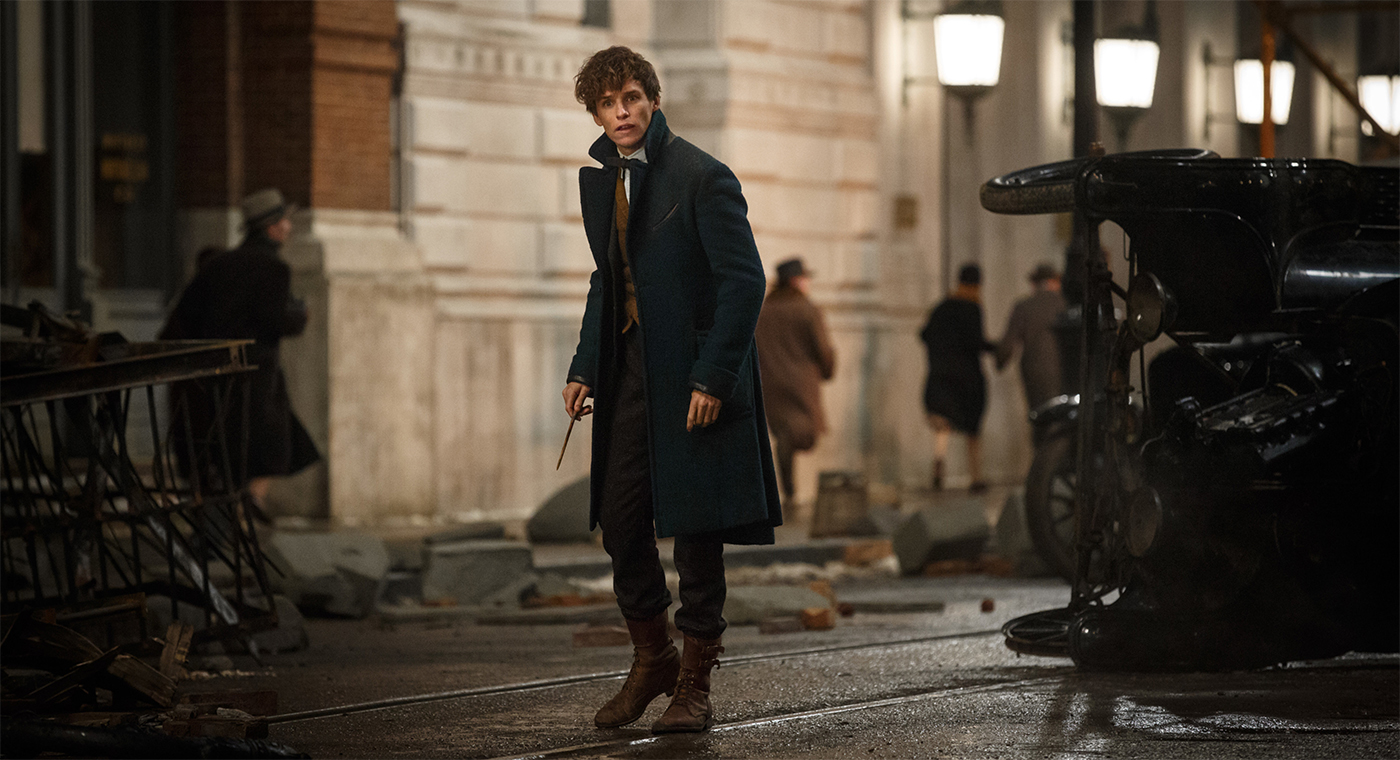 Principal photography began for Fantastic Beasts 2, according to Pottermore. Warner Bros. is kicking off production by unveiling new details about the film’s plot and characters.

SPOILER WARNING: Some of these new details may be considered spoilers by some!

While we’ve known that Jude Law would appear in the film as Albus Dumbledore, we now have a better idea of what his role will be: apprehending Gellert Grindelwald.

Grindelwald will be making an escape from prison after his arrest in the first film, according to Pottermore. Dumbledore intends to join the hunt for Grindelwald and will be calling upon Newt (Eddie Redmayne) for help.

Warner Bros. has also confirmed that the story will be set only a few months after the first movie, in 1927. We’ve known for some time that Fantastic Beasts 2 would be set in Paris, but we’re learning that New York City and London will be making appearances in the film as well.

Newt will be re-joined by Tina (Katherine Waterston), Queenie (Alison Sudol) and — yes! — Jacob (Dan Fogler) in the second film.

Many new characters will be joining Newt and his friends. Pottermore is reporting that a bounty hunter will make an appearance in the movie, as well as a few characters tied to a wizarding circus:

Standouts include a bounty hunter called Grimmson, played by Icelandic actor Ingvar Sigurdsson; William Nadylam as a wizard called Yusuf Kama; Ólafur Darri Ólafsson as Skender, the owner of a wizarding circus and Claudia Kim as one of the circus’s ‘featured attractions’.

Fantastic Beasts 2 will see the return of Leta Lestrange (Zoë Kravitz) who made a brief appearance in the first film. Audiences will also be introduced to Newt’s war hero brother, Theseus Scamander, who will be played by Callum Turner. Theseus was only mentioned by name in the first film.

Credence (Ezra Miller) is another character that audiences should expect to appear, though details concerning his role are scarce. Pottermore says he’ll be returning in a “mysterious way.”

Not much more is known at this point, though Warner Bros. is stressing that the film will “include some ‘surprising nods’ to the Harry Potter stories.”

The filmmakers have given fans a lot to chew on! What are you most excited to see in Fantastic Beasts 2?