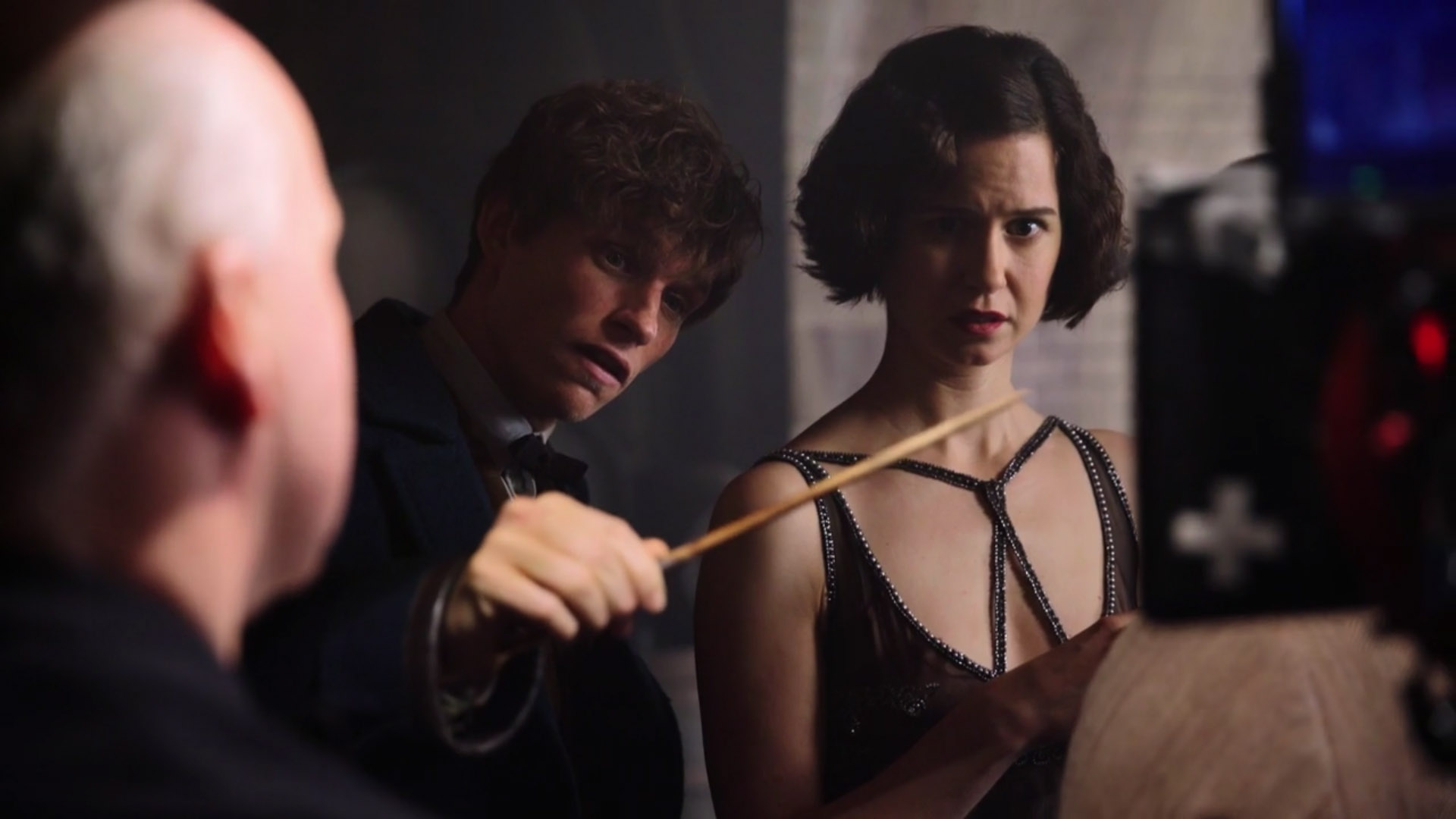 Everybody stop what you’re doing.

Pottermore treated Harry Potter fans to an early behind-the-scenes look at J.K. Rowling’s upcoming film, ‘Fantastic Beasts and Where to Find Them’.

The video, which was released as part of the Celebration of Harry Potter currently taking place in Orlando, gives fans their first filmed behind the scenes look at the highly anticipated movie. The featurette showcases interviews with the actors of the film, including Alison Sudol (Queeny Goldstein), Katherine Waterston (Porpentina Goldstein), and Eddie Redmayne. Redmayne is set to play the main character of the film, Newt Scamander.

Count yourself very lucky indeed, because you're about to get a behind the scenes glimpse of @FantasticBeasts…https://t.co/FHTQNFrrBt

HOW COOL IS THIS?

The video gives us a good look at the main “quartet”–as in the four main characters: Newt, Porpentina, Queeny, and Jacob. We’re also getting a much broader look at the set design in this film–specifically that of MACUSA (The Magical Congress of the United States of America).

“All four central characters are outsiders,” says producer David Heyman in the video. “This film will appeal to all. It’s funny, it’s moving, it’s thrilling.”

Last Fall, we learned that the movie will follow Newt through 1926 New York City as he attempts to chase down magical beasts that have somehow escaped his enchanted briefcase. The video sheds some light on other new aspects as well: namely that all characters are “outsiders” (according to Heyman). Jacob is especially notable, he’ll be the first Muggle (or No-Maj) main character in a wizarding world story.

Yesterday we learned more about the wizarding world. In preparation for the film, Pottermore published loads of information about four new wizarding schools. Among them was the American school, Ilvermorny, which will apparently be somewhat prominent in the movie.

‘Fantastic Beasts’ is Rowling’s first ever screenplay and is set to hit cinemas this November.