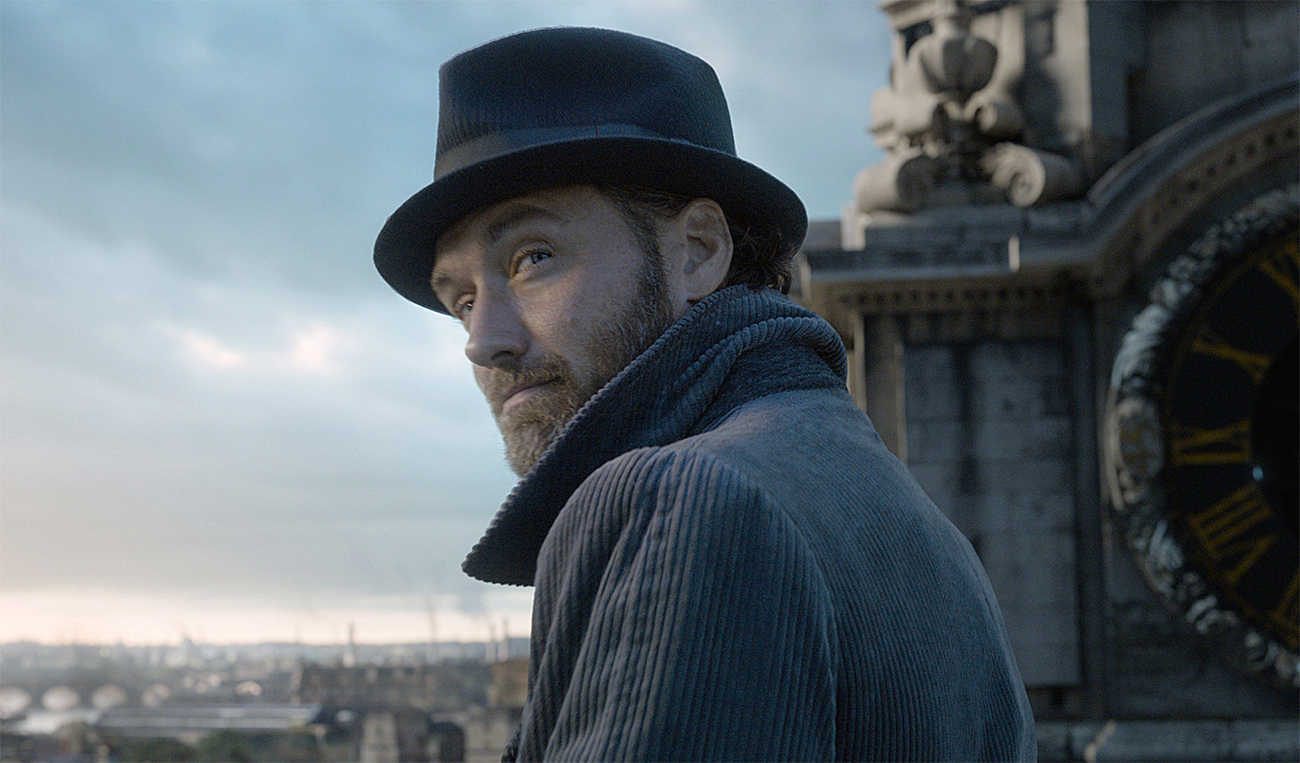 A new revelation about the life of Albus Dumbledore has left some Potterheads surprised.

MINOR SPOILERS: While this article doesn’t include any plot points from ‘The Crimes of Grindelwald’, it does include info about characters and how they may be used in the upcoming film. If you’re wanting to go into the film knowing nothing, it might be best to close this page!

Is J.K. Rowling transfiguring some minor details in the Potter canon?

“At this stage in his career, he’s not [Hogwart’s Transfiguration professor],” Law said in the interview.

What subject will Dumbledore teach? Law didn’t specify, but it’s almost surely Defense Against the Dark Arts, based on a recent photo from the movie as well as some shots in the Crimes of Grindelwald trailer. (You can check out said photo below — note the dragon skeleton hanging from the ceiling, the same skeleton seen in the Defense Against the Dark Arts classroom in the Harry Potter films).

To moviegoers, the revelation may not seem like a big deal. But those who have read the books (probably just about everyone browsing this site! 😉), will know that Dumbledore was a Transfiguration professor at Hogwarts — something that’s mentioned numerous times throughout the novels, especially when it comes to Voldemort’s past.

So is this a departure from canon? Some are claiming that it is, but it’s important to note that Law specified that Dumbledore wasn’t teaching Transfiguration “at this stage” in his career. This implies that Dumbledore could very well be a Transfiguration professor later on in his life, perhaps a few years following ‘Crimes of Grindelwald’. If anything, Rowling may have to revise her timeline of Defense Against the Dark Arts professors to fit Dumbledore in.

But that wasn’t the only revelation to come out of this interview. Law also talked Dumbledore’s sexuality and whether or not we’d be seeing him face off Grindelwald in this film. You can check out his responses below — again, minor spoilers for those who want to go into the film knowing little!

Q: There was some uproar earlier this year when director David Yates told EW the character not “explicitly gay” in this film. What’s your take on how apparent Dumbledore’s sexuality should be?

A: Jo Rowling revealed some years back that Dumbledore was gay. That was a question I actually asked Jo and she said, yes, he’s gay. But as with humans, your sexuality doesn’t necessarily define you; he’s multifaceted. I suppose the question is: How is Dumbledore’s sexuality depicted in this film? What you got to remember this is only the second Fantastic Beasts film in a series and what’s brilliant about Jo’s writing is how she reveals her characters, peels them to the heart over time. You’re just getting to know Albus in this film, and there’s obviously a lot more to come. We learn a little about his past in the beginning of this film, and characters and their relationships will unfold naturally which I’m excited to reveal. But we’re not going to reveal everything all at once.

Q: Obviously, Dumbledore had a relationship with Grindelwald. What’s that relationship like at this point in time? And what was it like working with Johnny Depp?

A: I don’t actually have any scenes with Johnny. As I said before, this is only Part 2 of a longer story. I’ve always admired him from afar, but we don’t know each other, and I’ve not yet met him on this. In many ways that suits the relationship as it’s been many years since they’ve seen each other. So there’s complexity in that that’s fun to mine. Again, the past will reveal itself.

Read the full interview at EW.

Editor's Note: J.K. Rowling's film series prominently starred actor Johnny Depp who was accused of domestic violence by his ex-wife, Amber Heard, in an op-ed. On June 1, 2022, a jury found Depp was defamed by Heard. We feel it's important for our readers to be aware of this context. For more information on how Bookstacked covers alleged abusers in the publishing and film industry, please click here.
Related:
Crimes of Grindelwald