UPDATED ‘Fantastic Beasts and Where to Find Them’ – What’s New? 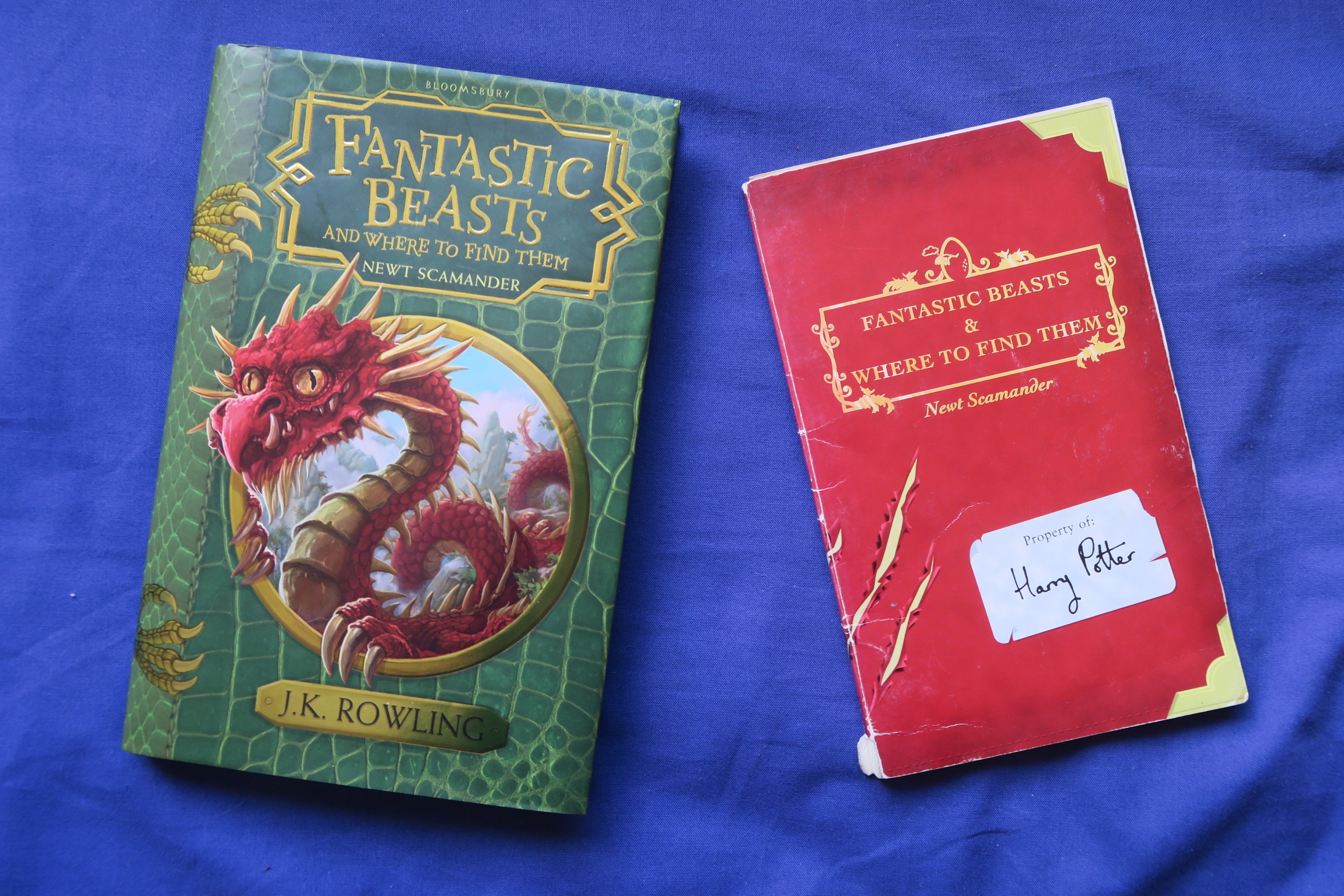 “No wizarding household is complete without a copy.”

On March 14th 2017, Bloomsbury released the long awaited new edition of the Hogwarts Library companion, Fantastic Beasts and Where to Find Them.

For those who are not aware, In 2001 J.K. Rowling released two companion volumes to the Harry Potter series in aid of Comic Relief: Quidditch Through the Ages and Fantastic Beasts and Where to Find Them. They are not novels; rather they aim to provide a glimpse at the sort of non-fiction volumes you would find in the Hogwarts library. While there have been a couple different editions of these books since 2001, this new edition of Fantastic Beasts is particularly exciting due to the recent release of the movie adaption of the same title.

The author of Fantastic Beasts and Where to Find Them, Newt Scamander, now has his own five-film franchise starring Eddie Redmayne. I’m sure I wasn’t the only fan wondering how a book that has less than 100 pages with the main feature being an A-Z of beasts could be stretched into a feature length film, let alone five! Not to mention that the film brought many fans into bookshops asking for the original book of Fantastic Beasts only to be told that it was out of print until March 2017 and wasn’t actually a novel anyway.

are some interesting new features in this updated edition. Most notably, the “Foreword by the Author” and the six new beasts included. In older editions of Fantastic Beasts, Albus Dumbledore wrote the foreword. In my 2001 edition, Dumbledore explains that this is the first book published by the wizarding publishing house Obscurus Books to be made available to muggles. In Newt’s foreword in the updated edition, he explains that these new beasts were not included in older editions “At President Picquery’s request” in order to “deter wizarding sightseers.”

Despite many people being annoyed that the new edition was not released closer to the release of the film back in November, Newt’s foreword makes it all make sense.

“Following the declassification of certain secret documents kept at the Ministry of Magic, the wizarding world has recently learned a little more about the creation of Fantastic Beasts and Where to Find Them…. As more documents become declassified over the coming years, I will be freer to speak openly about my role in that dark period in our history.”

In Dumbledore’s foreword, he also takes a moment to reassure muggle readers that “the amusing creatures described hereafter are fictional and cannot hurt you.” In the new edition, no such statement is made. Although there is a hand written editors note on the foreword title page that says “To appear only in ‘for wizards’ version. These hand written editor’s notes only appear in the foreword but are a clear tribute to the annotations made by Harry Potter and Ron Weasley in older editions. As this new updated edition came out in “real time” to reflect what was happening in the wizarding world, it makes sense that Harry and Ron’s snarky comments wouldn’t be included, but I must say I’m disappointed to see that the editors note substitute does not continue past the foreword.

Lastly I want to mention the incredible new illustrations by Tomislav Tomic and cover design by Johnny Duddle. The cover and interior illustrations now match those of the latest editions of Quidditch Through the Ages and The Tales of Beedle the Bard. Not only do they all look beautiful together, but the illustrations really add to the experience of Fantastic Beasts. It’s one thing to read a vague description of a creature, and another to see it right there on the next page. Especially when it comes to the new beasts native to North America, such as the Thunderbird and the Horned Serpent.

This new updated edition of Fantastic Beasts and Where to Find Them came with more than I was expecting. While still keeping with the original format of the book, the new foreword ensures that it fits in with what’s going on in the wizarding world at present. Now we can see why it wasn’t released earlier and it was worth the wait. I especially enjoyed revisiting all the crazy fantastic beasts and seeing them come alive through illustrations.

If you’re hesitant to pick this one up, remember that proceeds from this book (as well as the other titles in the Hogwarts Library) will go to Comic Relief and J.K. Rowling’s own charity, Lumos. Albus Dumbledore writes, “If you feel that this is insufficient reason to part with your money, I can only hope that passing wizards feel more charitable if they ever see you being attacked by a manticore.”