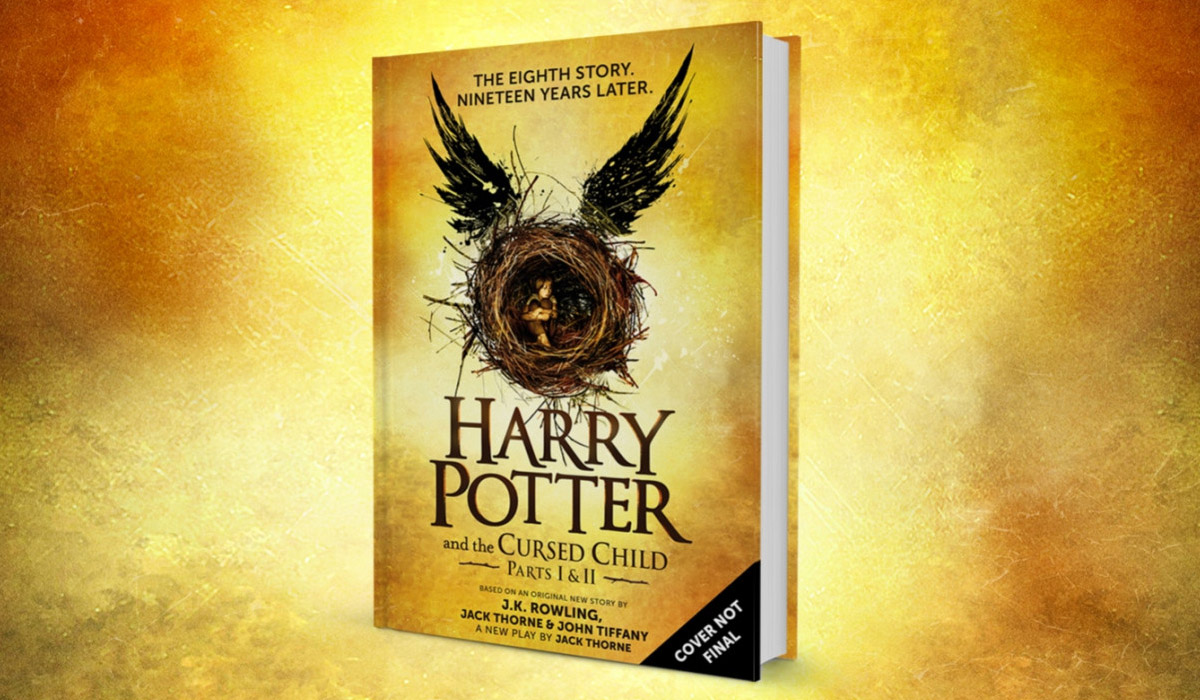 Harry Potter fans won’t have to go to London to experience the eighth story!

The upcoming stage play, Harry Potter and the Cursed Child, will also be a book.

This morning J.K. Rowling confirmed that the script to her upcoming play–billed as the “eighth Harry Potter story”–will be published in a book format. While the book itself won’t be a novel like the previous seven Harry Potter books, it will be the script used in the actual stage performance which is set to begin this summer.

Pottermore announced the news this morning:

A host of new print and digital publishing has been announced from J.K. Rowling’s Wizarding World, including a Special Rehearsal Edition of the script book of new stage play Harry Potter and the Cursed Child Parts I & II.

Print and digital editions will publish simultaneously after the play’s world premiere this summer, and will comprise of the version of the play script at the time of the play’s preview performances.

There will be two editions of the book released: The Special Rehearsal Edition and the Definitive Collector’s Edition.

The Special Rehearsal Edition will be the script as its performed during the preview screenings that will take place in the weeks before the play’s public opening. According to Pottermore, the preview screenings “allow the creative team the chance to rehearse and explore scenes further before a production’s official opening night.”

This seems to suggest that the script could change slightly in the weeks leading up to the official performance.

The Special Rehearsal Edition will eventually be replaced by the Definitive Collector’s Edition, which will presumably be the script in its final form.

Cursed Child will continue Harry Potter’s story. Taking place nineteen years after the events of Harry Potter and the Deathly Hallows, it will give fans insight into Harry’s life as a father and the unique challenges Albus Severus Potter faces as the son of The Boy Who Lived.

Check out the play’s official synopsis:

It was always difficult being Harry Potter, and it isn’t much easier now that he is an overworked employee of the Ministry of Magic, a husband and father of three school-age children. While Harry grapples with a past that refuses to stay where it belongs, his youngest son Albus must struggle with the weight of a family legacy he never wanted. As past and present fuse ominously, both father and son learn the uncomfortable truth: Sometimes, darkness comes from unexpected places.

J.K. Rowling reportedly created the story. The script was written by Jack Thorne and John Tiffany.

The book will be published by Little, Brown Book Group who has published Rowling’s post-Potter books. The original Harry Potter series was published by Bloomsbury in most English-speaking countries. Scholastic published the books in the United States of America.

“We are so thrilled to be publishing the script of Harry Potter and the Cursed Child” said David Shelley, CEO of Little, Brown. “J.K. Rowling and her team have received a huge number of appeals from fans who can’t be in London to see the play and who would like to read the play in book format – and so we are absolutely delighted to be able to make it available for them.”

The play will officially open July 30th, the book will hit shelves the day after on the 31st (Harry Potter’s and J.K. Rowling’s birthday).