‘Cursed Child’ re-brands, but not without sending Harry Potter fans into a frenzy 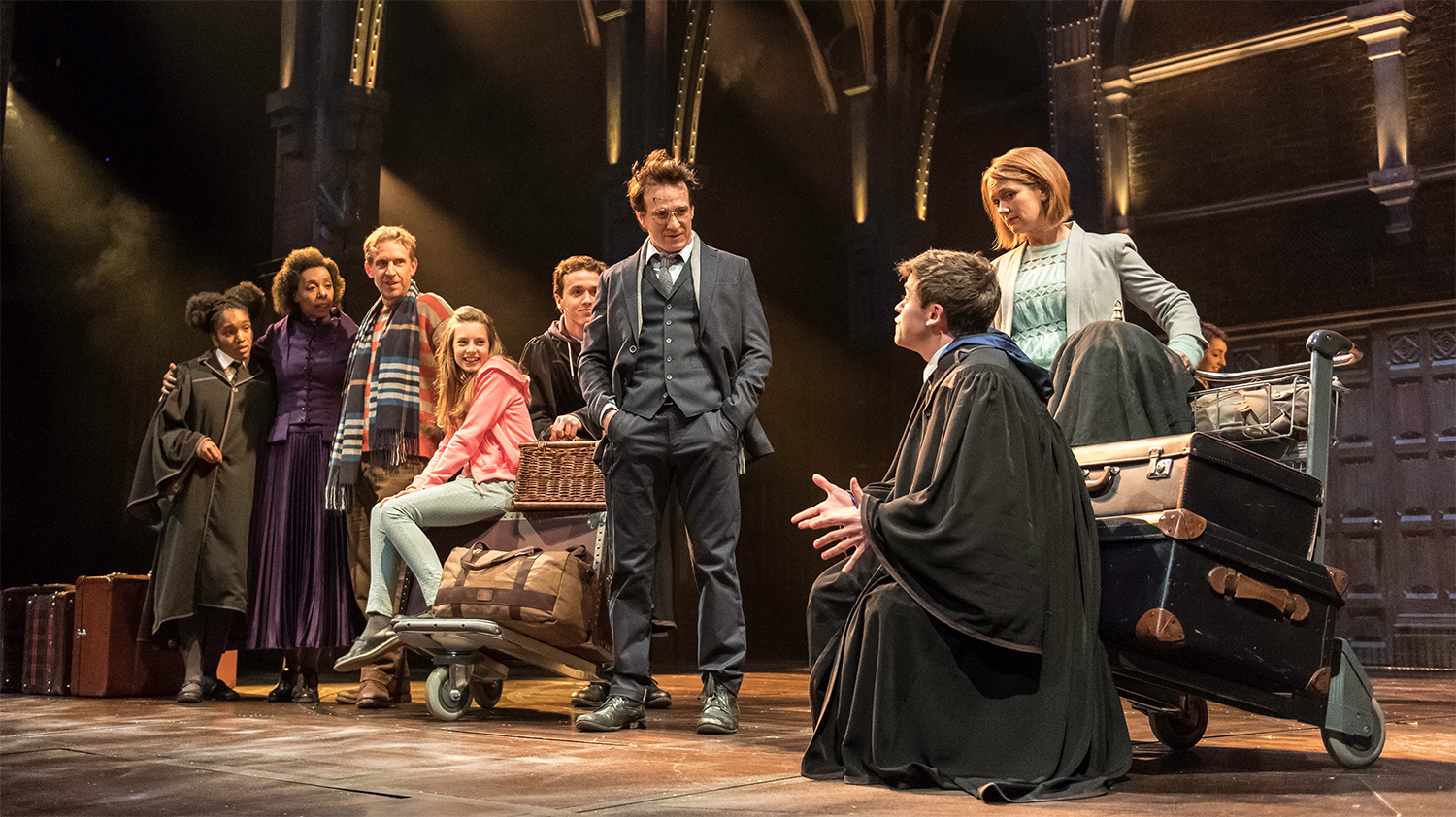 The original cast from 'Harry Potter and the Cursed Child'. (J.K. Rowling)

Thursday was an eventful (though maybe disappointing) day for Potterheads.

Harry Potter fans were in a complete frenzy Thursday after J.K. Rowling tweeted a cryptic message ahead of an announcement from ‘Harry Potter and the Cursed Child’.

‘Cursed Child’, the Harry Potter stageplay that acts as the eighth installment in Rowling’s franchise, is getting a marketing makeover. That includes a new logo, new showbills, a new tagline and new posters.

“Sometimes, darkness comes from unexpected places,” is the production’s new tagline. According to Pottermore, it was written by Rowling herself. But the most striking change is the logo. Before the re-design, the Harry Potter name was much simpler than the flagship logo seen on movie posters and American editions of Rowling’s books. However, the new marketing designs embrace the better-known and iconic Harry Potter font.

The old logo and branding for ‘Harry Potter and the Cursed Child’. (J.K. Rowling)

“We see Harry Potter and the Cursed Child celebrating its place as the eighth story in the canon by incorporating J.K. Rowling’s name and the iconic lightning-bolt Harry Potter logo,” Pottermore wrote in a post released late Thursday night.

While the announcement had a lot to say about the identity and future of ‘Cursed Child’, it also sparked massive hype in the hours leading up to the reveal.

So why the fuss?

The excitement from the Harry Potter fandom was hard to ignore.

Rowling tweeted the new tagline along with a Voldemort Day logo Thursday afternoon, which led many fans to believe that the night’s announcement would be monumental. That’s in large part due to Rowling’s social media absence as of late. The tweet was the author’s first online update since March.

Rewind: Rowling has earned a bit of a reputation for tweeting too much about the Wizarding World. Criticism toward her Potter-commentary reached an all-time high earlier this year, which presumably prompted her to abandon her social media accounts. In fact, Rowling even skipped out on one of her traditions where she normally apologizes for a Harry Potter death on the anniversary of the Battle of Hogwarts.

Early rumors suggested that a ‘Cursed Child’ movie might be in the works, but Pottermore killed those rumors with a tweet of their own, stating that, “There is something exciting coming later on from @CursedChildNYC, but it’s not a movie…”

There is something exciting coming later on from @CursedChildNYC, but it’s not a movie… https://t.co/iGoKf7cGSO

In the end, it was just a re-brand, accompanied by a marketing stunt in Times Square.

Is it a big deal?

There was something else fueling Thursday’s hype as well.

According to a report from MuggleNet, Warner Bros. — who are behind the Harry Potter movies, merchandise and theme park — were attempting to or already had purchased the rights to ‘Harry Potter and the Cursed Child’. Rowling owned rights to the play but Warner Bros. apparently didn’t.

All of that added to the rumors of a ‘Harry Potter and the Cursed Child’ movie.

However, in a statement released to both MuggleNet and The Leaky Cauldron, a spokesperson for the producers said the rumors were “untrue.”

“‘Cursed Child’ continues to be produced by Sonia Friedman, Colin Callender and Harry Potter Theatrical Productions in London, Broadway and all around the world, and there are no plans whatsoever for a movie,” the statement said.

That said, French Harry Potter fansite Gazette du Sorcier uncovered that Warner Bros. were approved to trademark the name ‘Harry Potter and the Cursed Child’ earlier this year after first putting in a request in 2016.

Line 2. They applied back in 2016, but only got approval recently. Because "Harry Potter & the Cursed Child" could create confusion with "The Cursed Child", already registered by JK.

If that’s the case, it makes sense that the shows would be re-branded to match the rest of the Harry Potter universe, which is owned and run by Warner Bros. It also potentially means that Warner Bros. may have a shot at producing a ‘Cursed Child’ movie, should they choose to do so in the future. However, there appear to be no plans for such a film right now.

‘Cursed Child’ first premiered on stage in July 2016. It was simultaneously met with praise and criticism.