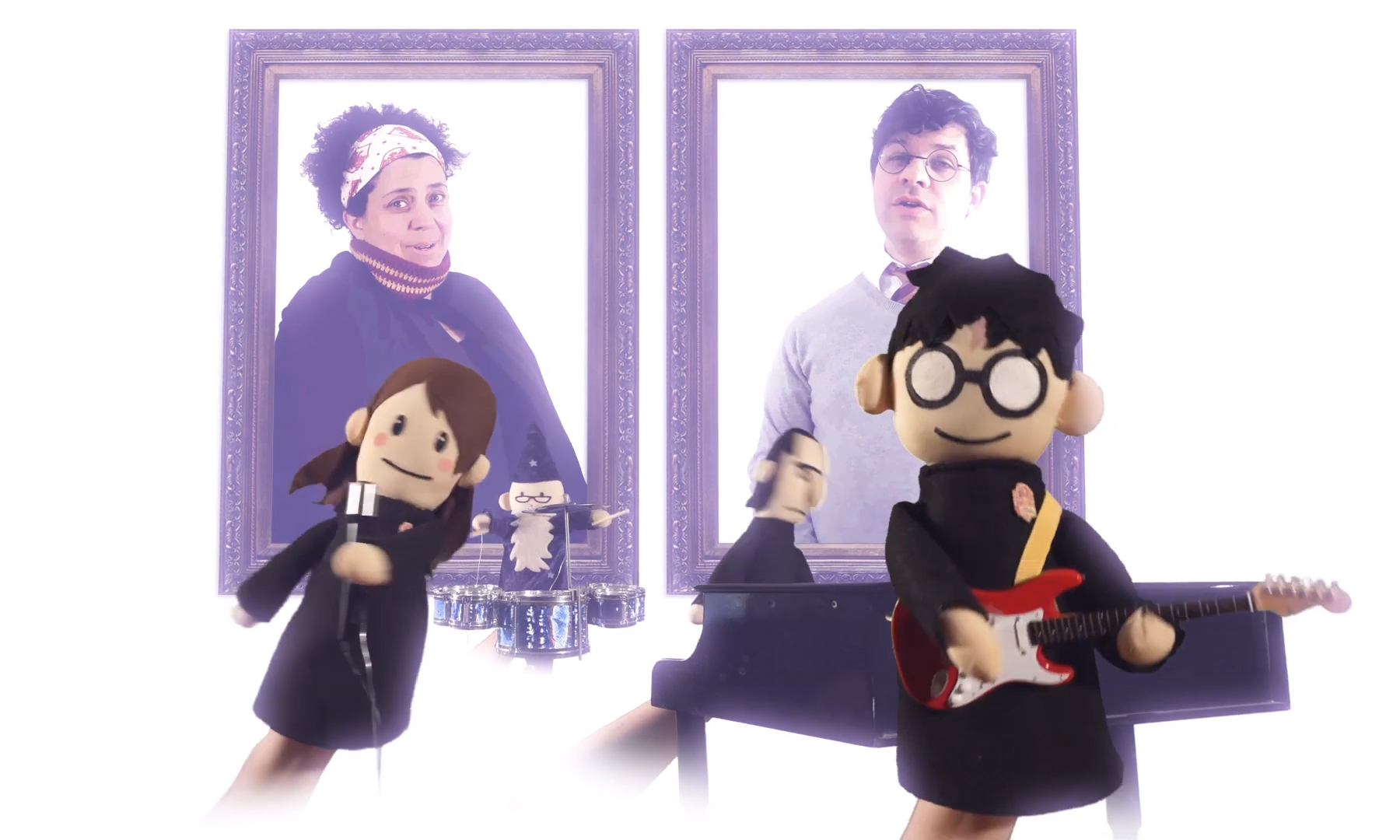 The Potter Puppet Pals jam out alongside Wizard Rock band Harry and the Potters. (Neil Cicierega)

The Potter Puppet Pals are back in musical Wizard Rock glory!

Potter Puppet Pals, the zany Harry Potter-inspired puppets from the aughties, have returned in glorious fashion.

If you were anywhere near the internet back in 2o07, you probably heard of the Potter Puppet Pals — or at least their most popular music video, ‘The Mysterious Ticking Noise.’ After a roughly four-year silence, the Potter Puppet Pals are at it once again. But this time they’re teaming up with Wizard Rock band Harry and the Potters. They star in the band’s new music video, ahead of their upcoming album ‘Lumos,’ according to Syfy.com.

Harry Potter fans will know that Harry and the Potters is among one of the founding entities of the Wizard Rock (called “Wrock”) movement. Wrock groups write and perform music based on J.K. Rowling’s Harry Potter books.

The new music video ‘Where’s Ron?’ features the Potter Puppet Pals on drums, piano and vocals. Kimya Dawson plays Hermione in the video, which plays off the dancing scene between Harry and Hermione in ‘Harry Potter and the Deathly Hallows — Part One.’ The song is “a platonic friendship love song” where Hermione and Harry talk about how they don’t have feelings for one another, but nobody is asking where Ron is.

Seeing puppet Harry and Hermione jam out alongside Snape and Dumbledore is sure to bring a tidal wave of nostalgia for long-time Potter fans. Potter Puppets Pals became a staple of the Harry Potter fan community. Their first videos date all the way back to the days of Order of the Phoenix in 2003, when their short flash-based animations first appeared online. Their last original video debuted in 2015, though they created a 10-year anniversary video for ‘The Mysterious Ticking Noise‘ in 2017.

What do you think of the new Potter Puppet Pals and Harry and the Potters video?