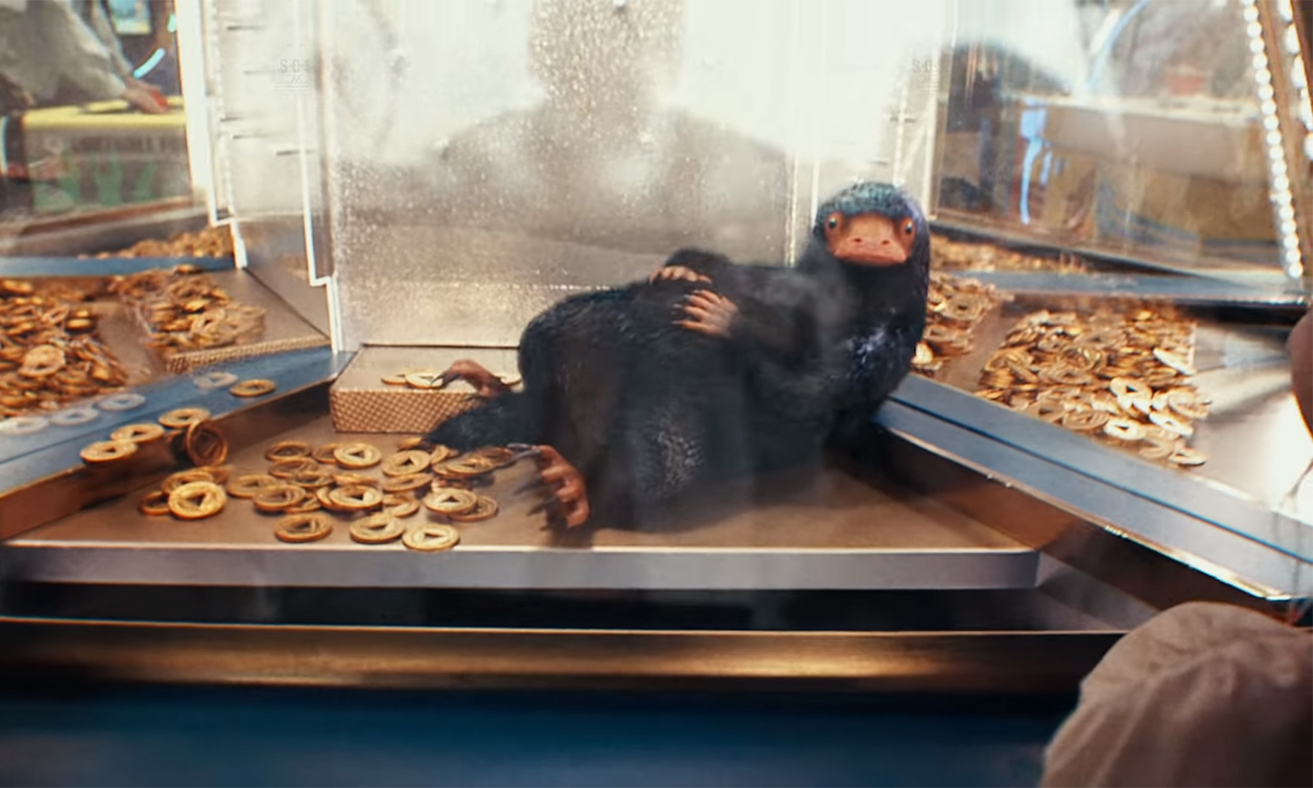 A discombobulated Niffler coughs up coins from an arcade machine in a trailer for mobile game 'Harry Potter: Wizards Unite.' (Warner Bros. / Niantic)

It’s your turn to be Newt Scamander.

Fans of J.K. Rowling’s ‘Fantastic Beasts and Where to Find Them’ movie will get their turn to hunt magical creatures across the world thanks to Niantic’s upcoming mobile game ‘Harry Potter: Wizards Unite.’

A brand new trailer hit the internet Tuesday morning and it offers a glimpse at the augmented reality game’s core conflict: The Wizarding World is at risk of exposure as magical items and creatures have suddenly appeared in the Muggle World. It’s up to the wizards of the Statute of Secrecy Task Force to put an end to the mayhem.

Check out the trailer here:

‘Wizards Unite’ is being developed by Niantic — the same company that brought ‘Pokémon GO’ to the world in 2016. Watching the trailer, it’s easy to see the similarities between this app and ‘Pokémon GO.’ Hunting down creatures? Check. Collecting items? Check. And just how similar will Death Eater battles be to Pokémon battles?

The new trailer isn’t the only bit of ‘Wizards Unite’ content we’ve seen in recent days. Niantic has released a couple of short promos to hype up the game. The first features a Niffler stuck in an arcade machine surrounded by — what else? — shiny coins. The second video showcases cats playing with a Golden Snitch. While they aren’t official gameplay footage, they’re sure to get fans excited about the game’s core concept.

Niantic announced their intention to create the game in late 2017. Like ‘Pokémon GO,’ it will be a free-to-play game available in the Google Play Store and Apple App Store for mobile devices. ‘Wizards Unite’ is expected to drop sometime this year — there’s still no specific release date. It’s currently under beta testing in New Zealand.

Fans caught their first glimpse of the game in November of last year when the teaser trailer hit the internet.