‘History of Magic in North America’ coming tomorrow on Pottermore, watch the trailer! 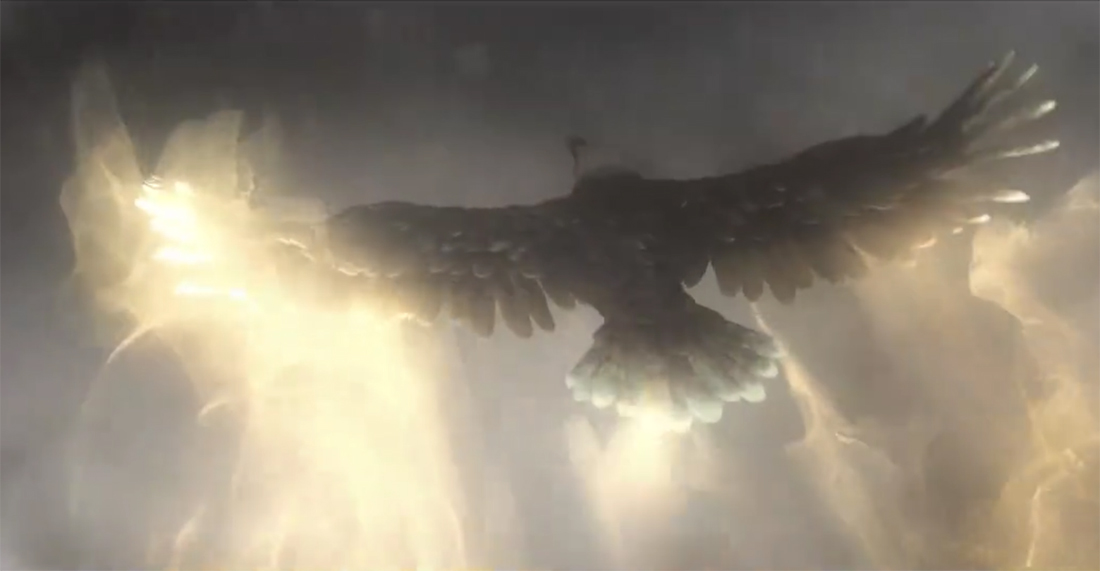 An animagi eagle, as seen in the 'Magic In America' trailer.

This is what North American Harry Potter fans have been waiting for. After weeks of waiting, J.K. Rowling is finally ready to reveal information about the magic in North America.

Rowling announced this morning that the first in a four-part series of writings will be published tomorrow afternoon (2 p.m. GMT) on Pottermore.com. The series, titled Magic in America, will reportedly begin with tomorrow’s first installment, History of Magic in North America. The following three installments will be released in the days following–essentially giving us an entire week of new writing from J.K. Rowling!

CHECK OUT THE TRAILER BELOW (It’s awesome!!):

You’ve got four days of new writing by J.K. Rowling to look forward to – as always, remember to breathe.

We were able to share with you the name of the North American wizarding school earlier this year, but there’s just so much more to tell you about witches and wizards across the world.

Magic in North America will bring to light the history of this previously unexplored corner of the wizarding world in the run up to Fantastic Beasts and Where to Find Them. And you’ll want to get up to speed before the film comes around in November.

It’s going to be quite a week. Check back on Pottermore tomorrow at 2pm GMT to read the first piece.

You can read the full release on Pottermore.com.

As far as we can tell, the trailer seems to suggest that the history of magic in North America has a lot to do with early European settlers in America (as suggested by the ship traversing the ocean and the witch trials). But even more exciting is that the trailer suggests that a lot of wizarding magic originates with the Native Americans. Rowling suggested last year that she was drawing from Native American culture when creating magic in America:

[email protected] If I answer that fully it will reveal the location of the school, but you can take that as a yes!

[email protected] Oh wait – did you mean the NAME is of American Indian origin? It isn't. The name is of immigrant origin.

[email protected] However, indigenous magic was important in the founding of the school. If I say which tribes, location is revealed.

This influx of information and the emphasis on the Wizarding World in America is clearly in preparation for Rowling’s upcoming film ‘Fantastic Beasts and Where to Find Them’. Starring Eddie Redmayne, the movie will tell the story of magizoologist Newt Scamander as he chases down escaped magical creatures in 1926 New York City. You can watch the movie trailer here.

ARE YOU EXCITED ABOUT THE NEW WRITING?

Come back tomorrow for the latest on Rowling’s first installment of Magic in America!