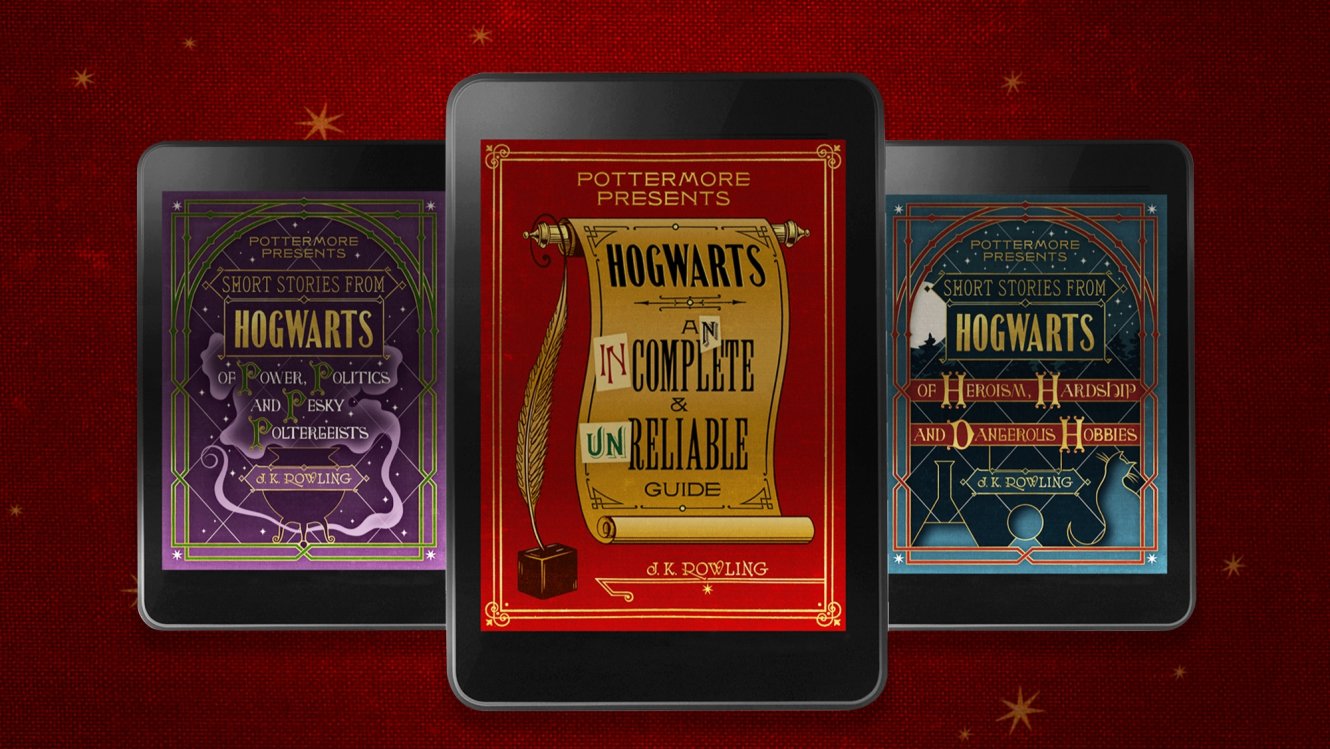 Just in time for the new Hogwarts school year!

Pieces of J.K. Rowling’s Pottermore writing will be available in eBook form starting this September.

Pottermore plans to release three eBooks on September 6 for smartphones, tablets and eReaders. The new series will be called Pottermore Presents. The books are expected to include old writing and articles from Pottermore as well as new content from Rowling.

The three eBooks will focus on aspects and themes from Hogwarts, including the school itself, the darker episodes of its history and the professors. You can check out summaries of the eBooks below:

Hogwarts: An Incomplete and Unreliable Guide dives into the nooks and crannies of the beloved wizarding school itself, unfurling everything from details about the Hogwarts ghosts, to what happens when the Sorting Hat can’t decide on a student’s house.

Short Stories from Hogwarts of Power, Political and Pesky Poltergeists explores the darker roots of the wizarding world. You’ll learn more about the troubles that faced the Ministry of Magic, the horrors of Azkaban prison and enjoy an entirely new original piece of writing by J.K. Rowling on Horace Slughorn.

In Short Stories from Hogwarts of Heroism, Hardship and Dangerous Hobbies, Pottermore celebrates the colourful staff of Hogwarts. There’s more to discover about Care of Magical Creatures teacher Silvanus Kettleburn, as well as another new piece of writing from J.K. Rowling on Minerva McGonagall, and her involvement in the second wizarding war.

Pottermore calls the eBooks “bite-sized” and they’ve been curated to be read in about an hour, each book being 10,000 words. The eBooks will be available worldwide in six languages: English, French, German, Italian, Japanese, Dutch, Brazilian Portuguese and Spanish). They will be available through the Pottermore shop as well as other online retailers for 1.99 GBP, 2.99 EU and 2.99 USD.

The release of these eBooks is the latest development in a series of expansions to Rowling’s Wizarding World and Harry Potter story. The script to the Harry Potter play, Harry Potter and the Cursed Child hit shelves at the end of last month. The play continues the story of Harry Potter after its original close in Harry Potter and the Deathly Hallows. Rowling also wrote the history of the American wizarding community, including the founding of Ilvermorny School of Witchcraft and Wizardry.

This November will see the release of the Rowling’s first film Fantastic Beasts and Where to Find Them, set in 1920’s New York City.

Are you looking forward to Pottermore Presents?