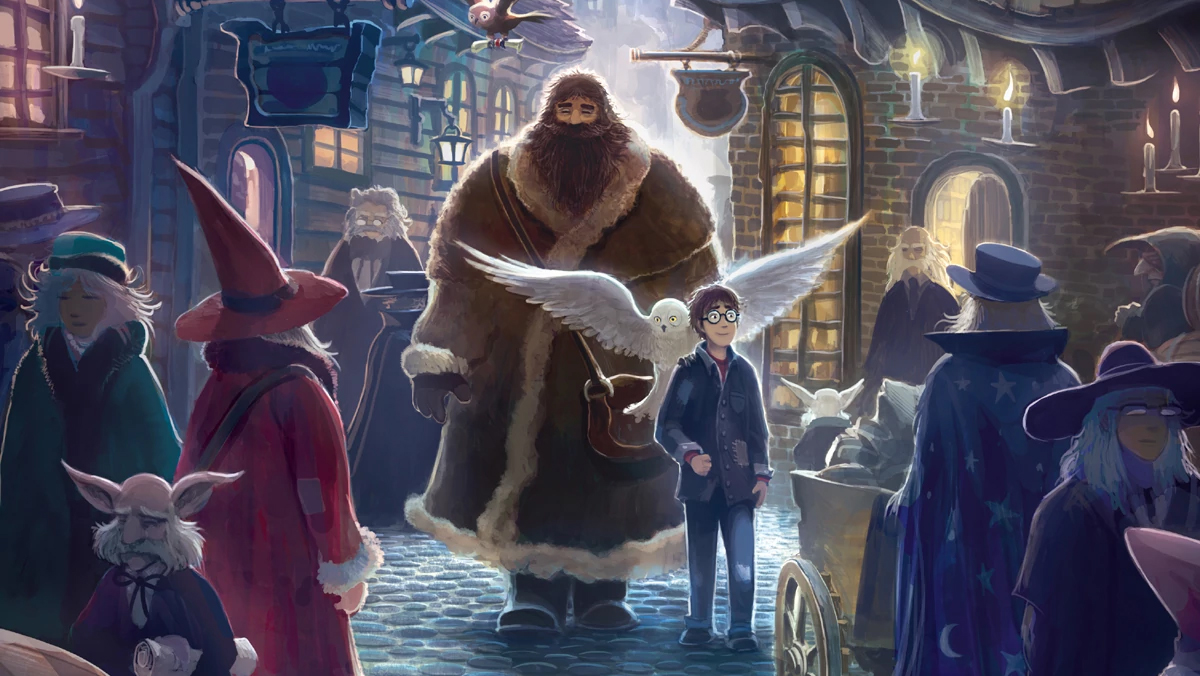 Harry, Hedwig and Hagrid from the cover of 'Harry Potter and the Sorcerer's Stone'. (Scholastic)

“I’m a big Harry Potter fan and it is an incredible honour to illustrate J.K. Rowling’s iconic series,” Selznick said in a statement to Pottermore. “I am thrilled to play a part in this exciting 20th anniversary celebration and look forward to meeting Harry Potter fans and readers across the country.”

Selznick is best known for his writing and illustrations in The Invention of Hugo Cabret, for which he won a Caldecott Medal in 2008. He also wrote and illustrated Wonderstruck in 2011 and The Marvels in 2015. Check out some of his art below:

The Invention of Hugo Cabret

The Invention of Hugo Cabret

The books will commemorate the 20th anniversary of Harry Potter and the Sorcerer’s Stone in the United States. All seven books will be released this July in paperback.

These 20th anniversary editions are just part of what Pottermore says is a year-long celebration of Harry Potter in America. Bookstores, libraries and schools will reportedly host Harry Potter-themed events throughout the year. Harry Potter and the Cursed Child will also be making its Broadway debut in April.

Will you be picking up these new Harry Potter editions?