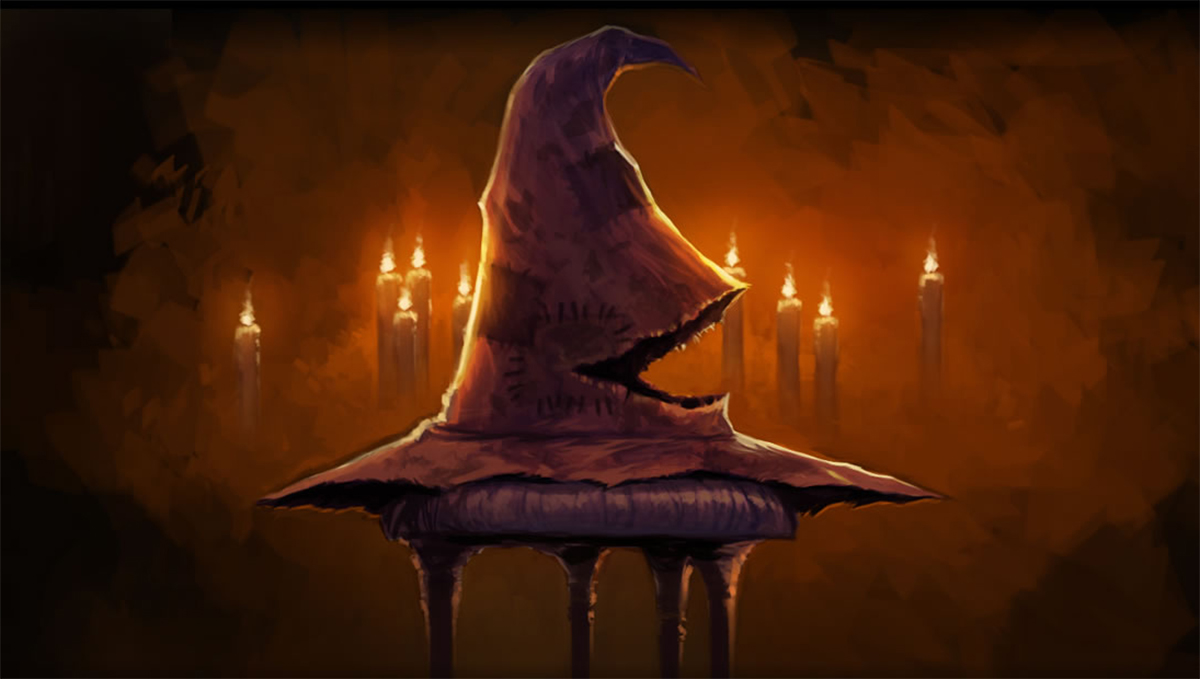 The Sorting Hat as depicted on Pottermore. (J.K. Rowling)

IT’S BACK! Find out which Hogwarts house you belong to–or reclaim the one you were already a part of!

When Pottermore launched in 2011, the Sorting Hat feature was one of the biggest attractions to the site. However, this past Fall fans were saddened when “Pottermore 2.0” launched, stripping the site of its interactive features. The website (which has become more of a blog for all things Wizarding World, in additon to a database of Harry Potter essays by Rowling) promised to bring back the interactive features, namely the assignment of houses and wands.

As of today, both of those features are back!

While it’s mostly the same quiz as before, many fans will be happy to know that it’s much easier and quicker to get to. In the past, you used to have to go through several stages before arriving at the Sorting Ceremony. Those stages included buying Hogwarts school supplies and getting a wand. With the relaunch, fans only need to register for a Pottermore account and they’ll have immediate access to the Sorting Ceremony!

Among the changes to the quiz, it’s undergone a new design which features new artwork and a simpler interface. One of the great things about this new quiz is that it’s responsive–meaning that it’ll display and run smoothly on any device, including smartphones and tablets.

For those who had already been sorted into a Hogwarts house before the relaunch of Pottermore, you can actually reclaim your previous wand and house. All you need is your Pottermore username. Here’s how to do it:

You can find more information on Pottermore about reclaiming your house and wand, including what to do if you don’t remember your username.

We’re more than happy to see the Sorting Hat relaunched! In the past, Rowling has indicated that she plans to implement a Patronus feature to the site as well. We’re crossing our fingers to see that one very soon!