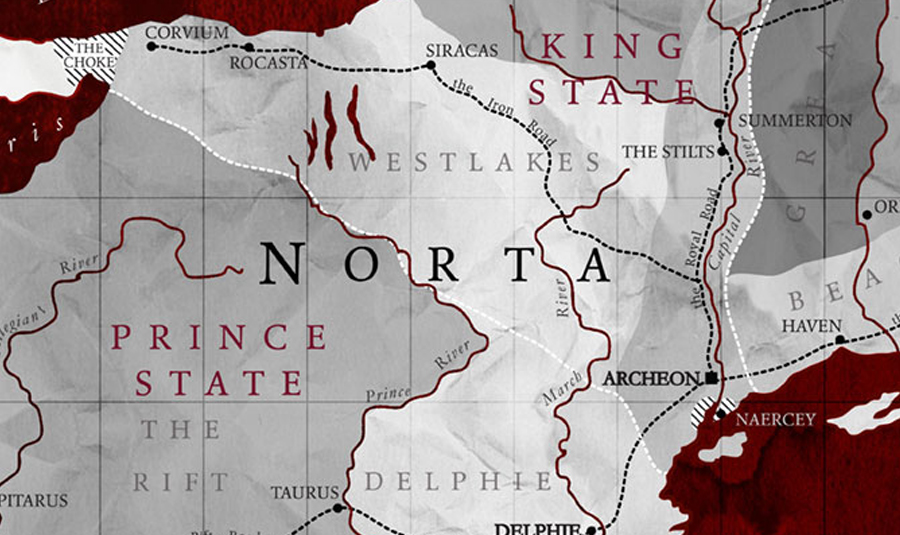 Epic Reads has released a wonderfully detailed map of the Kingdom of Norta on their website. The map comes from Victoria Averyard’s popular Red Queen book.

Red Queen is Aveyard’s dystopian fantasy novel where the people are divided based on their blood type. It follows the story of Mare Barrow who finds herself in a position that could turn the tables on the elitist Silvers who have control over the Reds.

Those who have read the book will recognize places like The Stilts, Mare’s homeland.

According to Epic Reads, Victoria Averyard will be posting a video online this Wednesday talking more in depth about her world and how she constructed it. The cover to the second Red Queen book, Glass Sword, will reportedly be released sometime tomorrow.