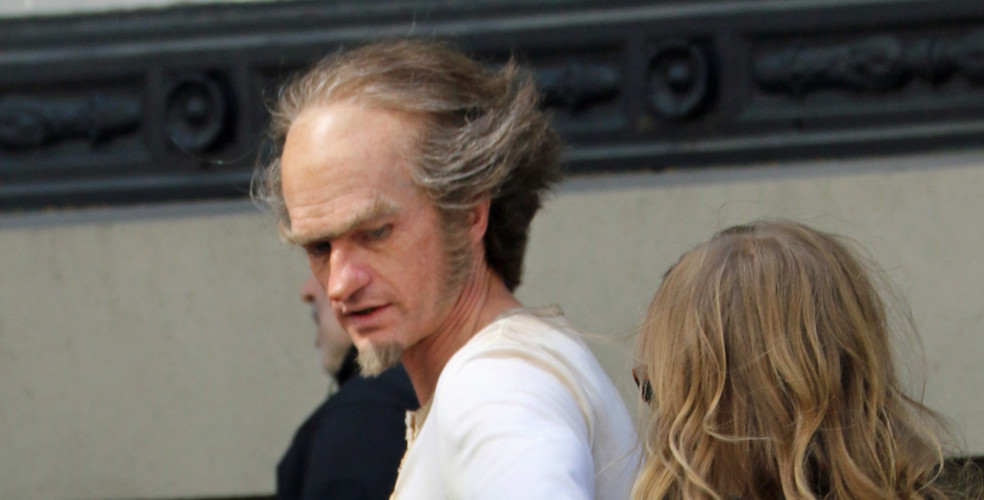 We have the first look at Neil Patrick Harris as Count Olaf for Netflix’s live-action series, ‘A Series of Unfortunate Events.’

Lemony Snicket fans are being treated to their first look at Neil Patrick Harris as Count Olaf.

Harris, who will be starring in the upcoming Netflix adaptation of Snicket’s book, will be playing the antagonist of the series. The story follows the sad and tragic story of the Baudelaire orphans who are placed in the custody of Count Olaf who is plotting to steal their family fortune.

Take a look at Count Olaf in the flesh:

We’ve also been given a glimpse at many of the other cast members in their costumes! Check out the gallery below:

Are there any doubts that Neil Patrick Harris can pull this off? His costume is amazing! He looks a lot like the character illustrated in the books. He’s almost unrecognizable!

Count Olaf and the Baudelaire orphans as imagined by the book’s illustrator Brett Helquist.

We still don’t have an exact date for the live-action series. At this point all we know is that it will be out later this year.

What do you think? Sound off in the comments below!