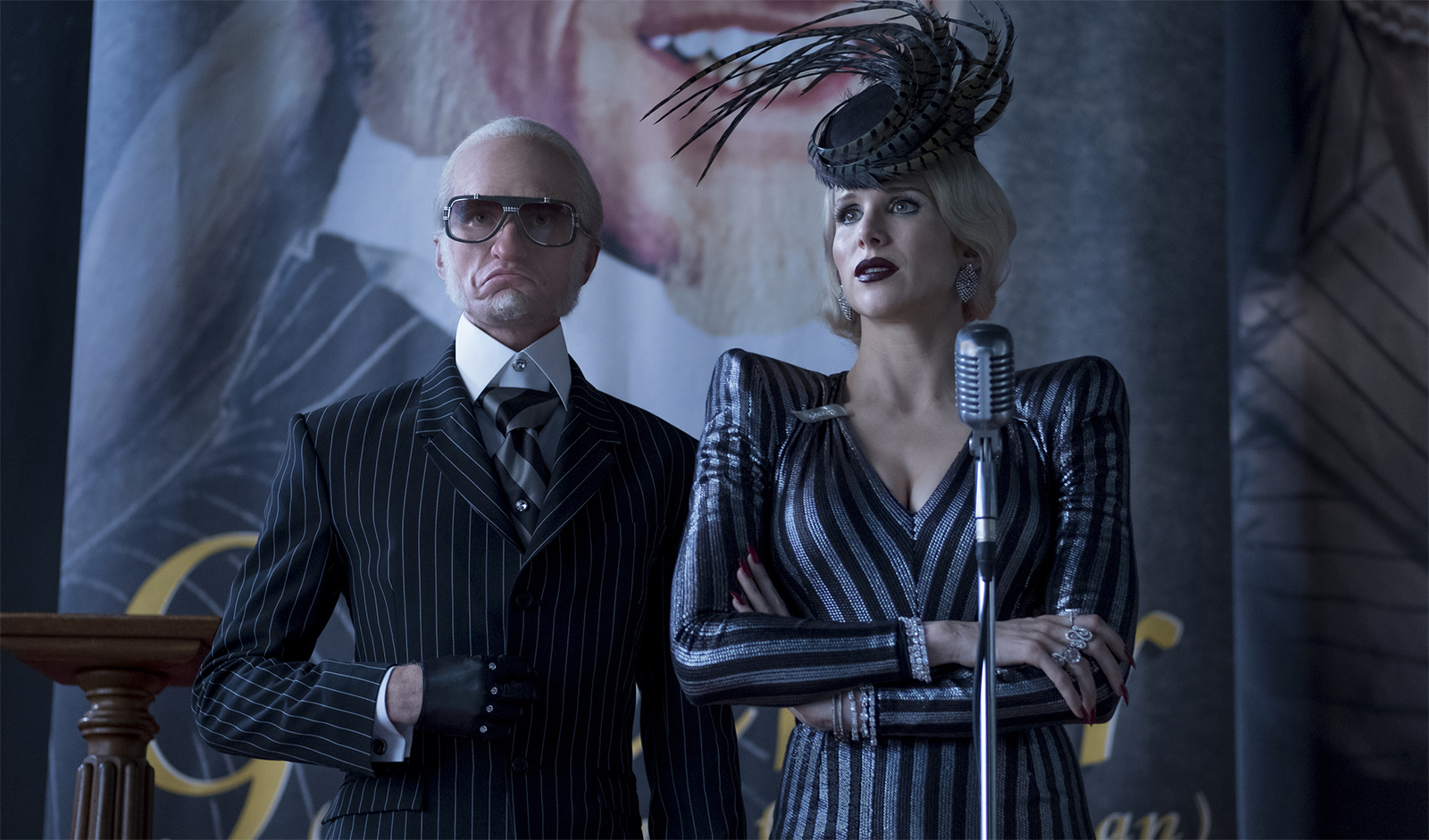 Sorry Mr. Snicket, we won’t “look away” anytime soon. This show is just too much fun!

It’s hard to know where to start with Season Two of Netflix’s ‘A Series of Unfortunate Events’ because it does so much right. The writing is funny. The humor is dark. The sets are inventive. And the cast is brilliant.

When it comes to the main actors, there isn’t much more to add to what was said in Bookstacked’s Season One review. Malina Weissman, Louis Hynes, Presley Smith, Neil Patrick Harris and Patrick Warburton carry the show. They’re an excellent mix of funny, smart, underdramatic (is that a thing?) and overdramatic.

But it’s the new additions to the cast that allow Season Two to shine.

Avi Lake and Dylan Kingwell return as Isadora and Duncan Quagmire. Seen briefly at the end of Season One, fans of the books have waited years to see these two characters on screen. Lake and Kingwell were worth the wait. They play their characters respectfully and truly match the wits and misery of the Baudelaire orphans, delivering the same dead pan humor we’ve come to expect from Snicket’s topsy-turvy world.

There are some other great additions to the cast as well, like the iconic Nathan Fillion as Jacques Snicket and Sara Rue as Olivia Caliban whose side stories offer glimpses into the world of V.F.D.

But Lucy Punch is without doubt the best of the newcomers. She plays the stylish Esmé Squalor, one of the Baudelaire orphans’ most memorable guardians. She’s another fan favorite that readers have been waiting to see on screen. For those who haven’t read the books or watched the series yet, there won’t be any spoilers here. Just know that she steals the show every moment she’s on screen. She is Esmé Squalor in look, attitude and style.

What makes the show so great for the fans of the books is how it continues to embrace and expand the mystery and lore surrounding V.F.D., the Baudelaires and the Snickets. The mystery of the Baudelaire fire is certainly an important point in the books, but it’s often difficult to understand its true significance on first read. To gain a firm grasp of the world and its mysteries, readers have to venture outside the main 13 book series and comb through books like The Unauthorized Autobiography of Lemony Snicket as well as The Beatrice Letters — essentially being left to search for clues and threads to fully comprehend the motives behind the characters and add context to the insane situations the Baudelaire orphans endure.

That’s not the case with Netflix’s show.

The show isn’t only an adaptation of the main 13 book series, but also of the entire Snicket compendium. Characters that had minor appearances in the companion books are given expanded and complete character arcs in the show. We’re witnessing the story of V.F.D. alongside the story of the Baudelaires. It makes the mysteries a lot easier to follow and even adds a structure to the story that the books were sometimes lacking.

If there are any problems with the show, they’re these: the large usage of CGI (perhaps unavoidable?) and the lack of the truly dark and creepy undertones present in the books. Olaf — while a source of comedic relief — is truly terrifying in some moments of the books. Jim Carrey did a fantastic job at zeroing in on this aspect of Olaf’s character in the 2004 movie — a perfect balance of wacky and creepy. Neil Patrick Harris offers a solid performance too, but that creepiness factor is often lacking. It’s a small detail, but nonetheless something worth mentioning.

Overall, Netflix’s ‘Unfortunate Events’ continues to offer a witty, smart and exciting experience — it’s probably one of the best and most loyal book-to-screen adaptations we’ve seen in recent years.