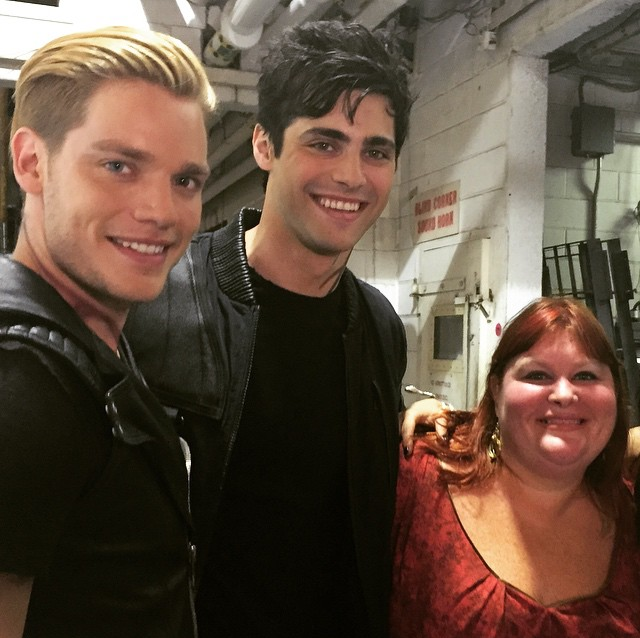 Cassandra Clare visits the set of the new series ‘Shadowhunters’ inspired by her bestselling books, and shares some exclusive photos.

The cast bringing her characters to life finally met the creator of the story behind the new series ‘Shadowhunters’ and its world. Cassandra Clare the author of ‘The Shadowhunter Chronicles’ visited the set of the show inspired by her bestselling books for the first time, and was excited to get to meet the cast in person.

While on the set she shared some exclusive photos on her Instagram account, check them out below:

Cassandra was also kind enough to answer some questions on Twitter afterwards:

“@bae_obrien: have you seen any filming yet? Or are you only backstage?” Watching filming now

“@UtschR5: Are the cast shocked at how much we love them and are obsessed with them already? #Shadowhunters” I would say yes

“@stylesxbane: "so many asked me why Alec didn't smile more in set pictures… 1/2

“@UtschR5: Were they excited to meet you? Are they as nice as they seem? #Shadowhunters” every one has run to hug me.. Sweeties.

With the one and only @cassieclare !!😍 pic.twitter.com/UqPC0PwEZm

It’s hard to tell who was more excited, the author or the cast.

‘Shadowhunters’ will premiere in early 2016.