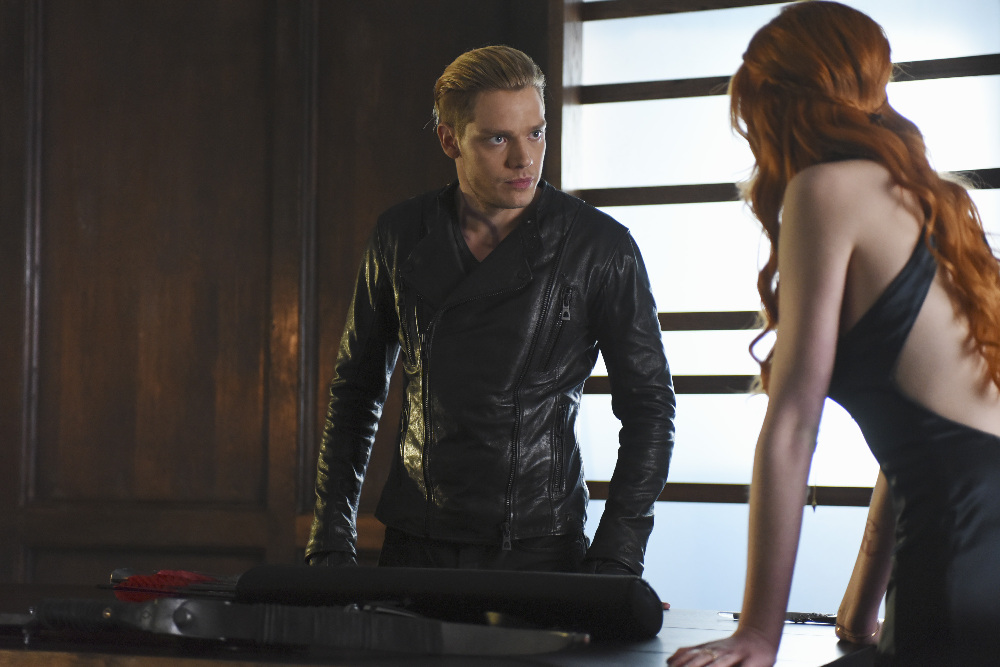 In the sneak peeks, Alec deals with the aftermath of his decision, Luke sends his pack to hunt down Hodge, and Jace continues to struggle with the fact that Valentine is his father.

The official synopsis for ‘Morning Star‘:

Jace, who is still reeling from everything that has happened, makes hunting down Valentine his number one priority even though he continues to wrestle with his conflicted feelings. In hopes of finding a way to stop Valentine before it is too late, Clary and Simon must find the key to unlocking Jocelyn’s coma. But that key to unlocking Jocelyn’s spell may just undo the Downworlder peace treaty, Simon’s relationship with Raphael, and the Vampire clan in the process.

Meanwhile, Alec must deal with the aftermath of his decision and what his choice means for his future.

What do you think will happen in the finale? Will they stop Valentine?