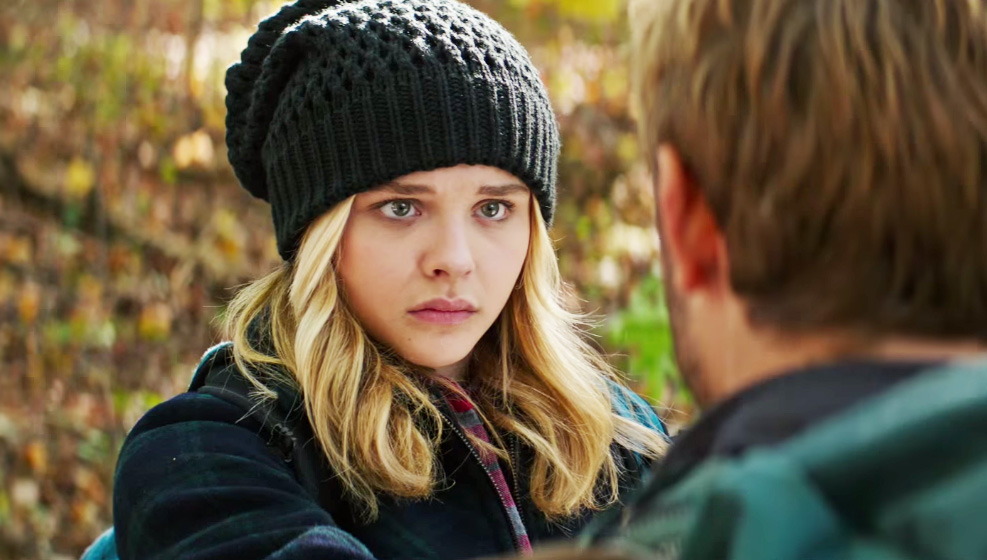 The trailer, like the International trailer that was released, shows protagonist Cassie Sullivan (Chloe Grace Moretz) fighting to find her brother who has been kidnapped as part of an alien invasion. Unlike the last trailer, this one gives us a tad bit more insight into Cassie’s family before disaster strikes. Cassie’s motives are also a lot more apparent in this trailer.

This trailer was supposedly supposed to be the first movie trailer that fans would have seen. However, following a leak a couple weeks ago, Sony released an international “sneak peek” of the movie. Like our prediction said a month ago, this trailer was released a few days before the movie Maze Runner: The Scorch Trials hit theaters. While we haven’t confirmed this, we suspect that this movie trailer will be playing in theaters in front of that movie.

It’s also interesting to point out that the logo of the movie has changed. It now more closely resembles the logo that appears on the book cover.

Rick Yancey is the author of The 5th Wave and has repeatedly shared his enthusiasm of the film. The movie comes out this January and stars Chloe Grace Moretz, Nick Robinson, and Liev Shreiber.