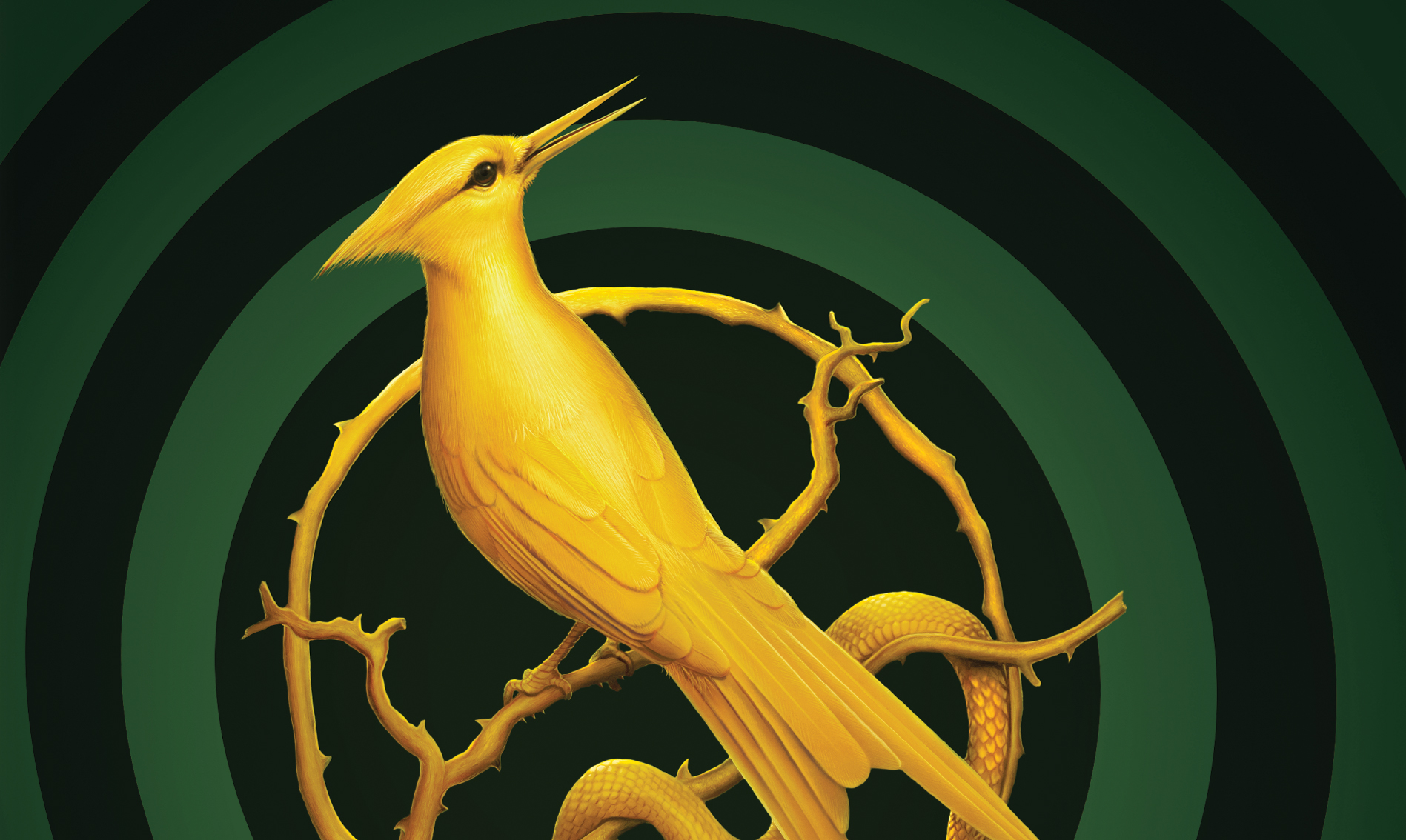 A mockingjay from the cover of 'The Ballad of Songbirds and Snakes' by Suzanne Collins. (Scholastic)

Last summer, we received news that Suzanne Collins is releasing a prequel to her The Hunger Games book series. In October, Scholastic released the title and the cover of the prequel: The Ballad of Songbirds and Snakes.

Not long after the initial announcement, we also began to hear rumors that Lionsgate was interested in developing a film adaptation of the yet-to-be-released book and had been somewhat involved in the writing process of the manuscript.

On Tuesday, we received full confirmation that a film adaptation of the book is now on its way.

According to The Hollywood Reporter, Lionsgate revealed that the film adaptation is in the works and that director Francis Lawrence (who directed the last three films in The Hunger Games film series), producer Nina Jacobson (who produced all four films in the film series) and screenwriter Michael Arndt (who worked on the ‘Catching Fire’) will return to work on the film. Chairman of the Lionsgate Motion Picture Group, Joe Drake, also announced that they are working closely with Suzanne Collins as well.

As of now, there is no word on any casting choices for the film, which makes sense since apart from the main character, Coriolanus Snow, we know nothing about any other characters.

The Ballad of Songbirds and Snakes will focus on 18-year old Coriolanus Snow’s experience and journey in the Capitol after his once mighty family has fallen on tough times, according to Scholastic. Snow sees a way to change his family’s fortune after being chosen to be a mentor during the 10th annual Hunger Games. But his excitement comes to a sudden halt once he realizes that his tribute has no chance of winning seeing as they are from Panem’s poorest district: District 12.

You can read an excerpt here, courtesy of Entertainment Week.

The Ballad of Songbirds and Snakes has a release date of May 19, 2020.