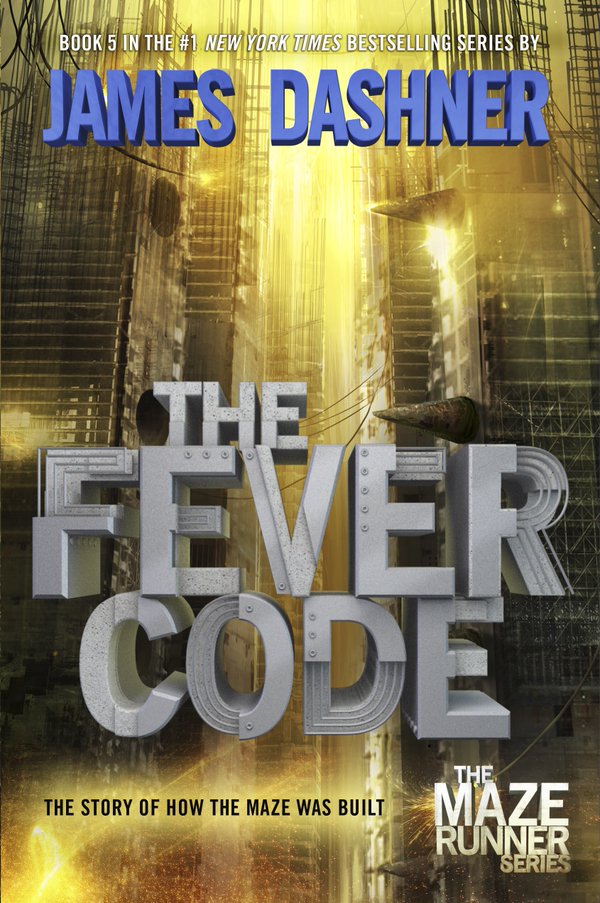 Cover Revealed for ‘The Maze Runner’ prequel, ‘The Fever Code’

We have amazing news for you today! James Dashner, author of ‘The Maze Runner’ Series has revealed the cover for the prequel, ‘The Fever Code‘

I give you #TheFeverCode cover, coming September 27, 2016. Now available for preorder!!!!! pic.twitter.com/GWpqd5JOko

Once there was a world’s end.

The forests burned, the lakes and rivers dried up, and the oceans swelled. Then came a plague, and fever spread across the globe. Families died, violence reigned, and man killed man. Next came WICKED, who were looking for an answer. And then they found the perfect boy. The boy’s name was Thomas, and Thomas built a maze. Now there are secrets. There are lies. And there are loyalties history could never have foreseen. This is the story of that boy, Thomas, and how he built a maze that only he could tear down.

All will be revealed.

Hurry up and preorder your copy today!

What did you think of the cover?