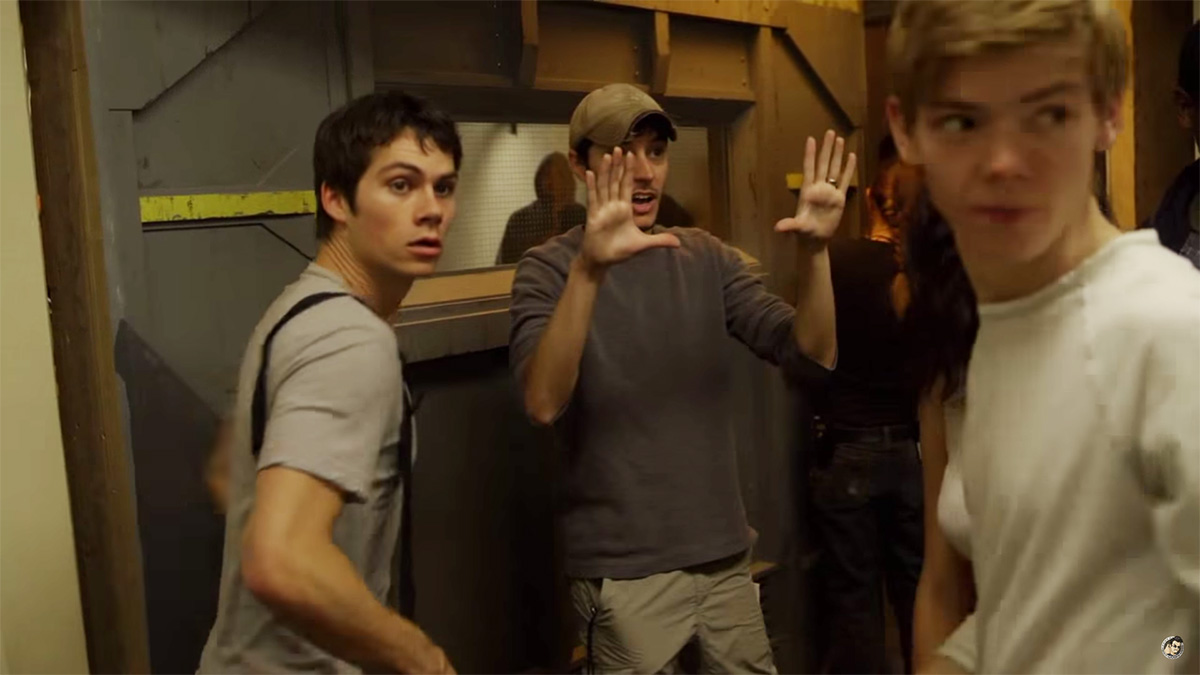 This behind the scenes video of ‘The Scorch Trials’ should help you get through the two week wait for the movie!

A newly released video is giving gladers the chance to go behind the scenes of the upcoming ‘Maze Runner: The Scorch Trials’ movie.

The video features appearances from all of your favorite actors, including leading man Dylan O’Brien who plays Thomas in the movies. We also get several great shots of Wes Ball, the director behind the films. Among them, we also get glimpses at newcomers Rosa Salazar and Giancarlo Esposito who play Brenda and Jorge.

The behind the scenes footage mostly seems to show us snippets of the gladers’ escape from WCKD, the organization that placed them in the Maze in the first film. The sets slowly transition out of the facility that they’re trapped in, taking us into a desert landscape, ensuring that audience members will be experiencing a completely new look and feel in this sequel.

CHECK IT OUT FOR YOURSELF:

The video comes among a host of new clips from ‘The Maze Runner: Scorch Trials’. With the film’s release in less than two weeks, we imagine that there will be a lot more to come as 20th Century Fox dishes out new content to promote the movie.

You can watch a movie clip of Thomas’s one on one meeting with Rat Man here.

The first movie, ‘The Maze Runner’, which was released just a year ago, was a box office success, grossing $102,427,862 domestically. According to Box Office Mojo, the movie beat out other YA films like Percy Jackson but fell short of ‘Ender’s Game’. It currently stands as the seventh highest grossing film to be released during a September weekend.

We’re definitely excited to see what Wes Ball and his team have up their sleeve in this next film! The movie will reportedly be considerably different from the books, so we’re wondering how they’ll pull it off. Either way, the trailers look amazing and we’re counting down the days to the release of movie!

Speaking of which, ‘The Maze Runner: Scorch Trials’ will be crashing into theaters in eleven days on the 18th of September.