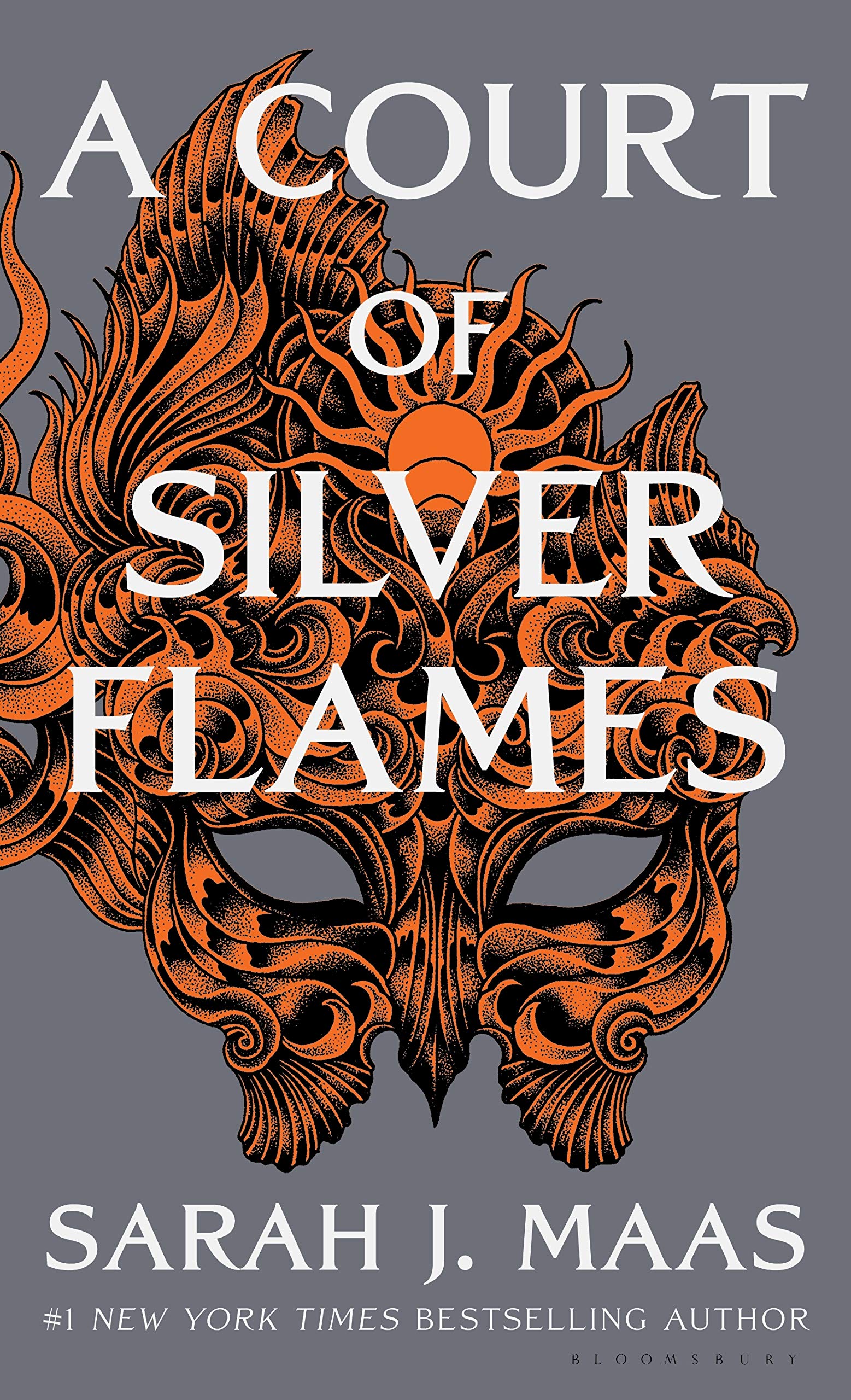 'A Court of Silver Flames' by Sarah J. Maas. (Bloomsbury).

Get swept away by Nesta’s character development in the new ACOTAR book, ‘A Court of Silver Flames’.

Can Sarah J. Maas pull off another exceptional story of love, magic, and powerful character development? Of course she can.

Nesta Archeron has always been prickly — proud, swift to anger and slow to forgive. And since the war — since being made High Fae against her will — she’s struggled to forget the horrors she endured and find a place for herself within the strange and deadly Night Court.

The person who ignites her temper more than any other is Cassian, the battle-scarred, winged warrior who is there at Nesta’s every turn. But her temper isn’t the only thing Cassian ignites. And when they are forced to train in battle together, sparks become flame.

As the threat of war casts its shadow over them once again, Nesta and Cassian must fight monsters from within and without if they are to stand a chance of halting the enemies of their court. But the ultimate risk will be searching for acceptance — and healing — in each other’s arms.

A Court of Silver Flames is the much anticipated spin-off story following Feyre’s sister, Nesta, as she traverses her trauma of becoming High Fae, and following the war with Hybern. This book has been re-marketed by Bloomsbury as adult fantasy, which has been done so for a reason. This book is not for younger readers due to scenes of a graphically sexual nature, and explicit language.

Nesta Archeron has been a divisive character. I loved her, and grew to love her more with my second (and third) reading of the A Court of Thorns and Roses series. For anyone still doubting her, this book will certainly endear her to you. Written partially from her point of view, and partially from Cassian’s, we get a thorough insight into her mind’s workings, as well as the views of those who care deeply for her.

The novel explores themes of grief, depression, sexual violence and self-loathing. It is a powerful story, and as such Sarah J. Maas’ writing elicits powerful emotions from her readers. Nesta has faced trauma in a number of ways, and this is her story of dealing with them, and of learning to heal herself.

As well as Nesta’s recovery, we also see the development of two new characters: Emerie and Gwyn. Emerie is a female Illyrian, and is also a Person of Colour. There have been issues of representation with previous books by Sarah J. Maas, and whilst Emerie’s inclusion doesn’t forgive them, she represents a step in the right direction. Nevertheless, I think more effort could have been made to improve representation both for People of Colour and the LGBTQ+ community.

Emerie and Gwyn are incredible characters, each with their own vibrant personalities, skills and trauma they are learning to cope with. Together with Nesta, the three women learn how to help themselves, and create a found-family that will definitely pull on your heartstrings. Nesta’s point of view was easily my favourite, and her attitude towards her two friends was heart-warming to read.

I would particularly like to praise the naming of the four parts of the novel. The development they represent, both literal and metaphorical, was beautiful and just another reminder of why I love this author so much.

The other half of A Court of Silver Flames belongs to Cassian, who we finally see having his share of the limelight. Although the first couple of chapters had me hesitant at the way he thought about Nesta, his own development, and the development of their relationship, warmed me to him. We see the warrior in a new light as we are let into his own emotions and issues that he continues to work through even after 500 years.

Our characters are not flawless, and that is what makes them so real. They make mistakes, act out of anger, say the wrong thing and hurt the wrong people. And yet they learn, and as they learn they teach us how to be better people too.

There is so much more I could say about this book, from its glimpses into the lives of the rest of the Inner Circle, to the beginnings of a new enemy, to the further development of the world of Prythian and beyond… But for now, it is enough to say that A Court of Silver Flames is a well-needed novel.

Sarah J. Maas has written a book of learning to look after and love yourself, of taking back control and of learning how to own up to your mistakes, but not let them define you or your worth. There are powerful moments mixed with fun and humour and tear-jerking friendship. There are heart-in-your-mouth moments and just-one-more-chapter moments. All in all, I adored this novel. And did I sense a build-up to a potential sixth novel in the ACOTAR world? We can only hope.

Editor’s Note: I want to reiterate that this is an adult fantasy and is not suitable for younger readers. There are graphic scenes and language, as well as themes of depression, grief, and sexual assault.

Keep reaching out your hand...

Characters: beautifully written. I love every single one of them. However, I cannot give them five stars until we see more and better representation.

Writing: we all know how incredibly Maas can write, from description to action, she nails it all. Again, I cannot award five stars until there is better representation.

Theme/Message: anyone who has any experience with mental health issues, whether personal or second-hand, will find something to relate to in this novel. And for anyone who hasn’t, ACOSF is a fantastic and genuinely kind lesson.