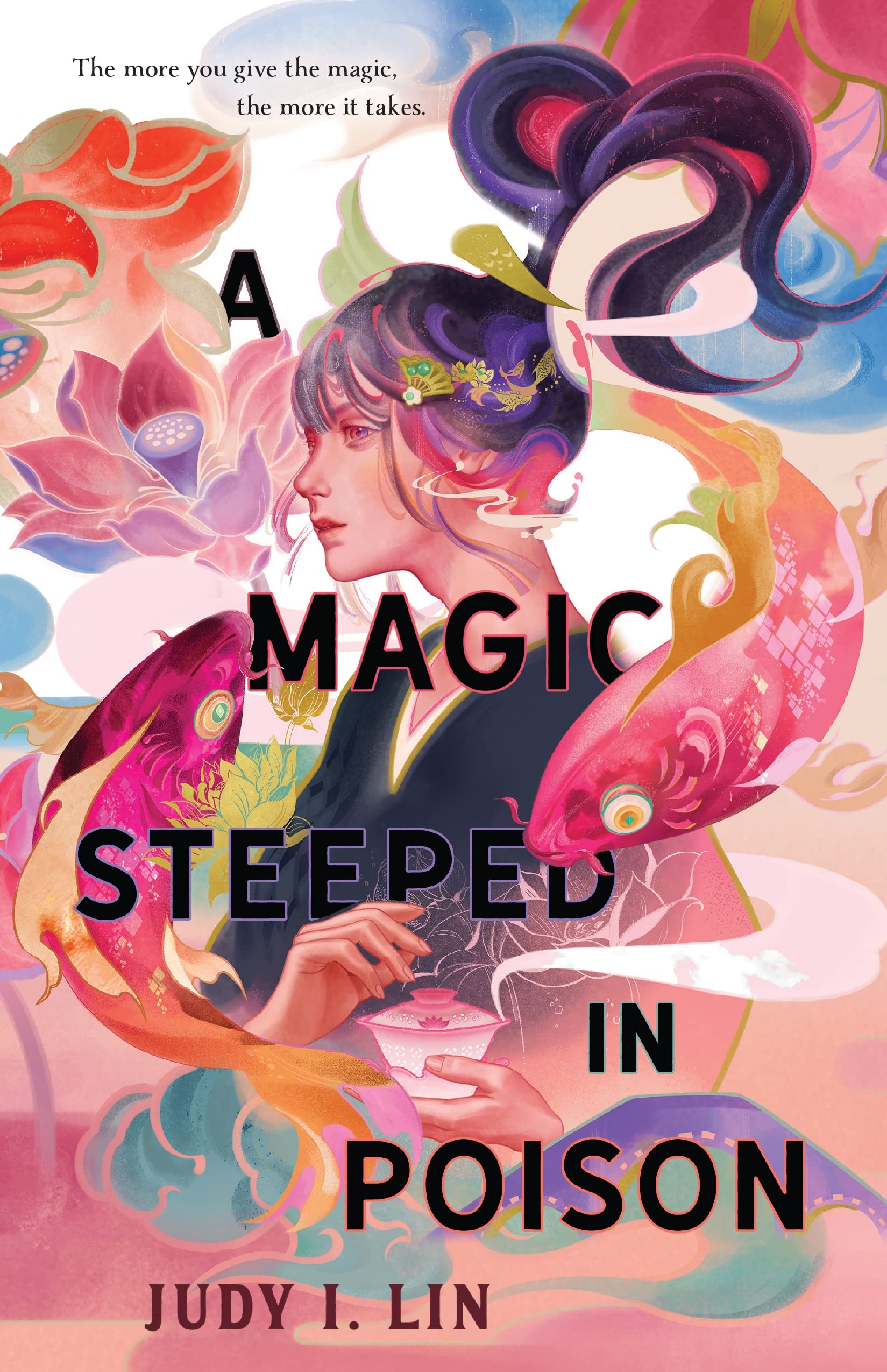 'A Magic Steeped in Poison' by Judy I. Lin (Feiwel and Friends)

REVIEW: ‘A Magic Steeped in Poison’ by Judy I. Lin is an adventurous story full of fun surprises

Judy I. Lin’s debut is set in a lush new world for all YA fantasy readers to enjoy!

I’m not one to judge a book by its cover, but when I saw the cover of A Magic Steeped in Poison I knew that I had to read this story. After reading it, I’m happy to report that Judy I. Lin’s writing is just as stunning as the beautiful cover artwork!

When Ning hears of a competition to find the kingdom’s greatest shennong-shi — masters of the ancient and magical art of tea-making — she travels to the imperial city to compete. The winner will receive a favor from the princess, which may be Ning’s only chance to save her sister’s life.

But between the backstabbing competitors, bloody court politics, and a mysterious (and handsome) boy with a shocking secret, Ning might actually be the one in more danger.

This book is full of tropes that we’ve seen countless times in a YA fantasy series. A competition where the main character must compete to save a loved one? This is a plot that many readers are familiar with. In A Magic Steeped in Poison, I found the familiarity of this plot-line fun! I think Judy I. Lin brought a unique look into the competition with her writing.

After losing her mother, Ning can’t bear to lose her sister in the same fashion. When she receives a letter from the kingdom about a tea competition, Ning knows that she must leave home to compete. A favor from the princess as the prize is hopefully exactly what Ning needs to save her sister’s life. So, she leaves her home for the first time to head to the imperial city.

Ning is a great character. She’s intelligent and kind. There are moments where she makes impulse decisions but it’s very fitting to her character, especially considering this is her first time outside of the safety of her home. It was fun to go on an adventure with her because she was so brave.

Once Ning arrives at the imperial city, the competition immediately begins. The entire competition was a lot of fun! I enjoyed reading about how the characters mix ingredients and use magic to brew each tea. It was very fascinating and it’s all thanks to Lin’s fantastic writing. Everything is written with such rich detail from the tea brewing scenes to the amazing world-building.

Being the first book in a duology, of course, there was more world-building than action which made for a slower-paced story, but I didn’t mind. Every scene was painted perfectly for the reader to feel as if they were Ning themselves sitting in the palace for the very first time.

All the characters were just as great, especially the princess. I will say that there were a lot of surprises when it came to every character. There were ones I thought would be evil but ended up being the complete opposite.

The only downfall to this story was the romance. I’ve never been a huge fan of insta-love romances, especially in YA fantasies. By the end of the story their relationship did develop more and it makes me interested to see where the romance will go in the next book.

Overall, I really enjoyed A Magic Steeped in Poison. The court politics alongside the tea competition made for a fun reading experience! There are a lot of betrayals and twists. The characters were interesting and I think the ending wrapped things up nicely to set up the next installment perfectly.

If you’re a fan of fantasy stories then I highly recommend giving A Magic Steeped in Poison a read!

A slow-paced but intriguing story