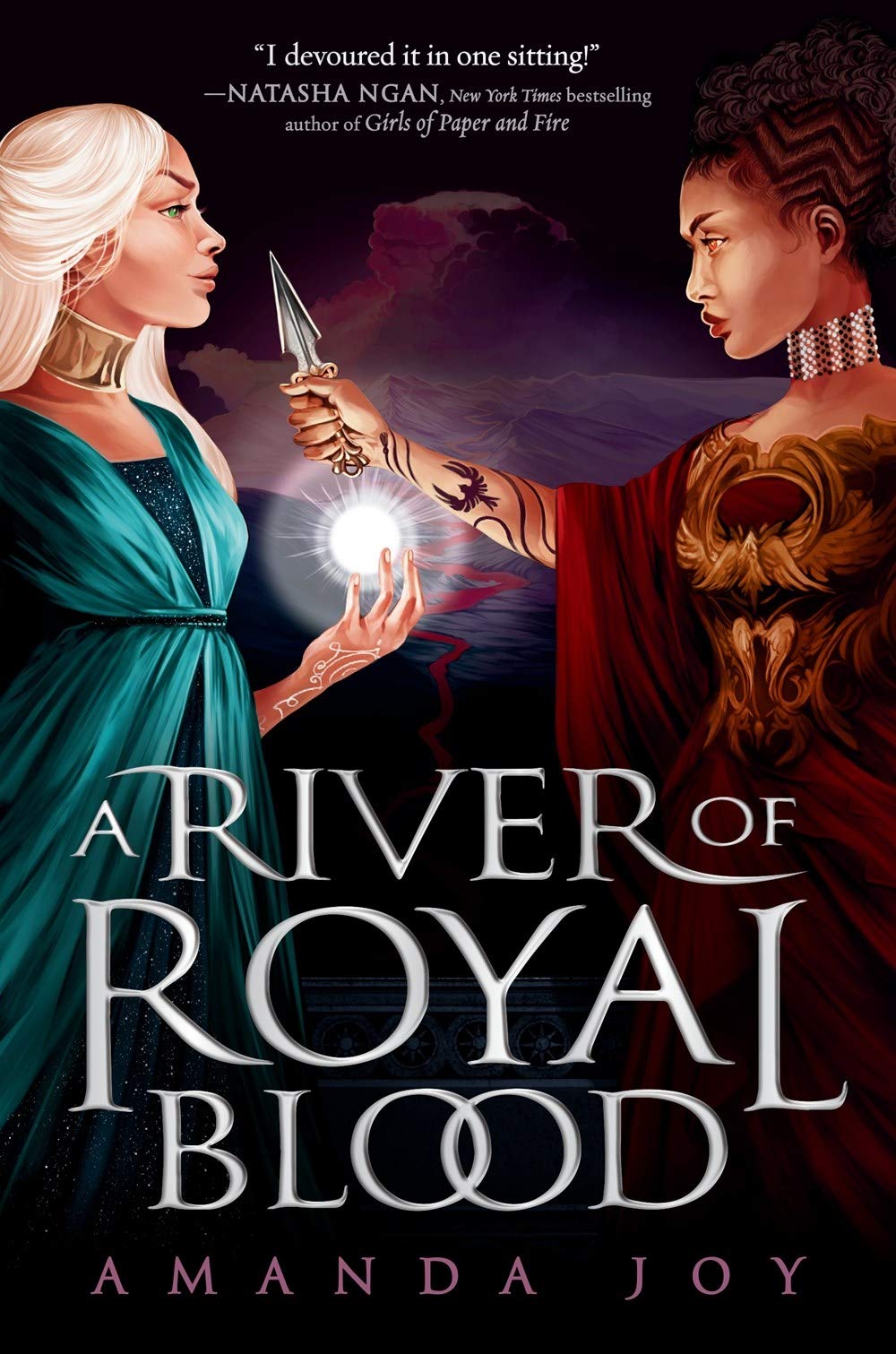 'A River of Royal Blood' by Amanda Joy (Putnam)

REVIEW: ‘A River of Royal Blood’ by Amanda Joy took my breath away

‘A River of Royal Blood’ by Amanda Joy is one of the strongest debut novels I’ve come across in a while.

A River of Royal Blood by Amanda Joy is a brilliant fantasy debut that easily became another one of my favourite books.

Sixteen-year-old Eva is a princess, born with the magick of marrow and blood–a dark and terrible magick that hasn’t been seen for generations in the vibrant but fractured country of Myre. Its last known practitioner was Queen Raina, who toppled the native khimaer royalty and massacred thousands, including her own sister, eight generations ago, thus beginning the Rival Heir tradition. Living in Raina’s long and dark shadow, Eva must now face her older sister, Isa, in a battle to the death if she hopes to ascend to the Ivory Throne–because in the Queendom of Myre only the strongest, most ruthless rulers survive.

When Eva is attacked by an assassin just weeks before the battle with her sister, she discovers there is more to the attempt on her life than meets the eye–and it isn’t just her sister who wants to see her dead. As tensions escalate, Eva is forced to turn to a fey instructor of mythic proportions and a mysterious and handsome khimaer prince for help in growing her magick into something to fear. Because despite the love she still has for her sister, Eva will have to choose: Isa’s death or her own.

As the first novel in a fantasy series, A River of Royal Blood is weighed down by setting up the world. Rather than put me off however, the rich descriptions made the story come alive and the action scenes even sharper.

Inspired by North African traditions, the setting itself is spectacular. Four species cohabit the land of Myre and tap into its magick, which manifests differently for each of them.  For Humans, it’s channelled through tattoos and can take on different forms, such as elemental, blood, or even mental magic.

Set against a backdrop of war, prejudice, and violence, Myre is a land struggling to keep its citizens at bay — which is one of the reasons Eva wants to take the throne.

I’ll admit, it’s a confusing world to navigate. Eva, and by extension the readers, don’t know much about her magic, and little more about that of others. While some of that was deliberate, there were parts where magic was thrown in for convenience without further explanation.

Like her setting, Joy put a lot of thought into her characters. Eva’s character arc surprised me the most as it’s not linear. Throughout the book, she grows and learns to accept herself and the violent nature of her magic. Yet there are moments where she falls back on herself, or is plagued by doubts about her future. This gives her a complexity that is often lacking in teenage protagonists.

In contrast, Lord Baccha is a closed, albeit amusing, book. He’s the second most present character, and yet you never know if he’s telling the truth — fitting for a centuries-old immortal being.

The side characters are also as developed as Eva. Isadore isn’t just the Mean Girl; Eva’s love interest goes beyond the Brooding Boyfriend Trope. Falun and the rest of Eva’s guard are provided with backstory that reinforces their motivations. Even the Queen is more than what she projects. However, I found these characters to be mostly static.

A River of Royal Blood is full of resonant themes, such as the enslavement of a people following rebellion; the prejudices that arise because of that, and the dangerous game of court politics.

Violence and blood are also present throughout due to the nature of Eva’s magic. There are certain scenes that are more graphic than others and the overall atmosphere of certain parts of the book is on the heavier side.

River of Royal Blood by Amanda Joy delivers a stunning story about the weight of past legacy placed on teenage shoulders, and the consequences of wanting to change the world. I look forward to continuing this journey and can’t wait to know what will come of the Rival Heirs battle.

A River of Royal Blood is a shining example of its genre. Everything from the writing to the plot captivates its audience in a book that left me wanting more.